It's a final midweek fixture of the 20/21 season next up for the Reds, as we head up the road into West Yorkshire to take on the Terriers!

This week sees the Reds prepare for battle in two consecutive Yorkshire derbies, with our first clash being the short trip to Huddersfield Town on Wednesday night for a 7.45pm kick-off.

It serves as a quick opportunity for Barnsley to banish the memories of last weekend, where their six-game winning sequence away from home was halted by Coventry City. 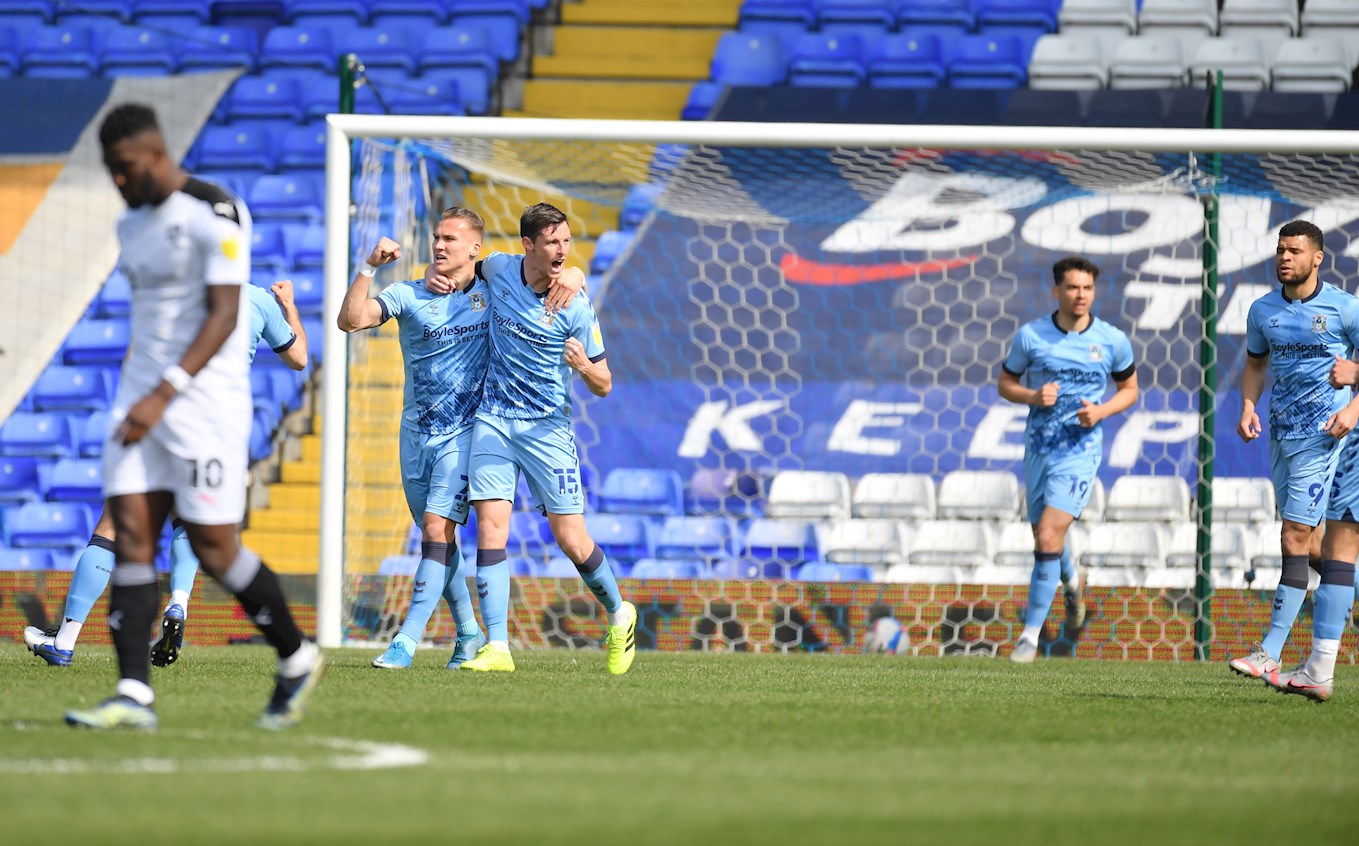 Only a second defeat in 17 league matches; the Reds were flat from the first whistle at St. Andrew's, and rightfully punished by their effervescent hosts who moved clear of relegation trouble with a well-deserved three points.

Head Coach, Valérien Ismaël says he's been disappointed with how his side have started recent games, believing there has been a real lack of intensity and in his pre-match press conference, called for an improved mentality from his players, from the first minute until the last. 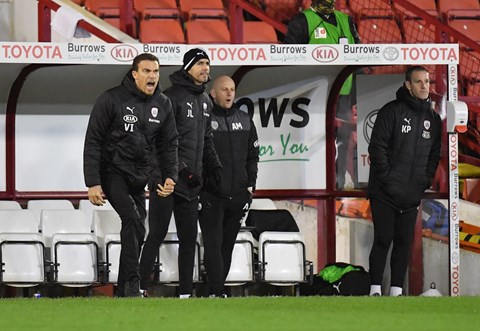 That defeat in the second city on Sunday afternoon meant Barnsley failed to build on the four-point gap they currently hold over Reading FC in seventh-position.

But with four games to go, the Reds' ability to make the end-of-season playoffs remains in their own hands, and three points on Wednesday night at the John Smith's Stadium will undoubtedly increase the likelihood of us extending this season into the middle of next month. 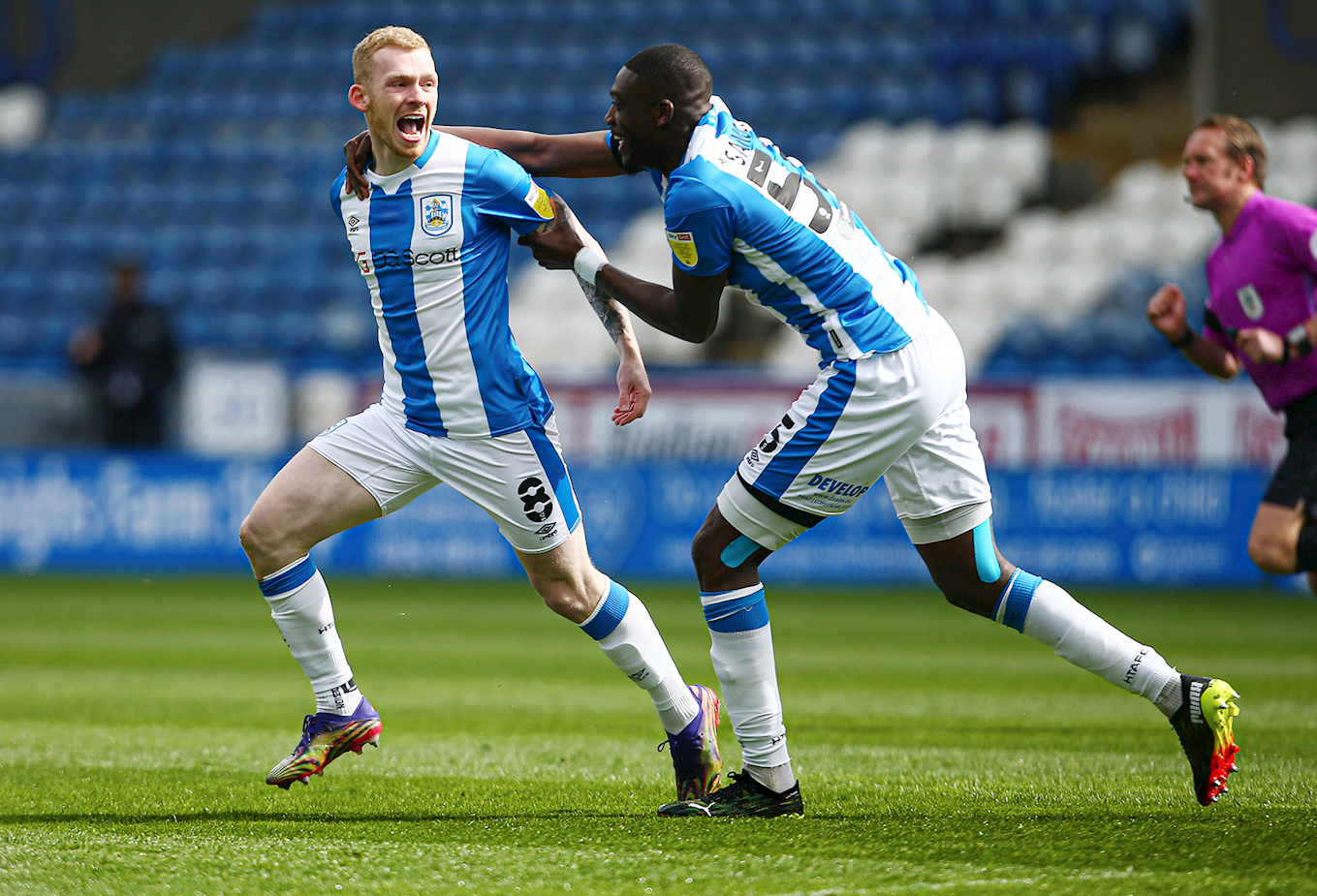 In the way are a Terriers outfit who've moved away from the relegation zone in recent weeks, having lost two of their last nine games.

Huddersfield won last time out, a 2-0 win away from home at Nottingham Forest last Saturday afternoon and they're currently eight points clear of the bottom three. 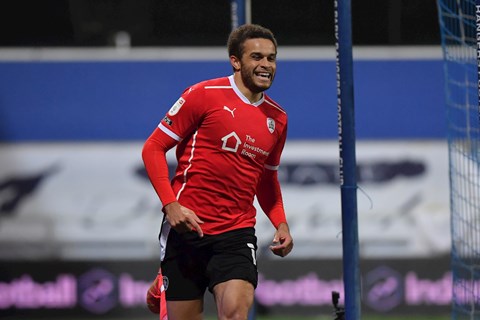 However, their home form leaves a lot to be desired, having won just once at the JSS in 2021.

Our behind-the-scenes look back at Boxing Day.

But at this venue, they definitely have the edge against the Reds. In fact, Barnsley have lost all of their last three trips to Kirklees. The last Reds win at Huddersfield was the League One playoff semi final of 2006.

The two sides met on Boxing Day at Oakwell in the reverse fixture, with a Michał Helik brace earning Barnsley the local bragging rights for Christmas. 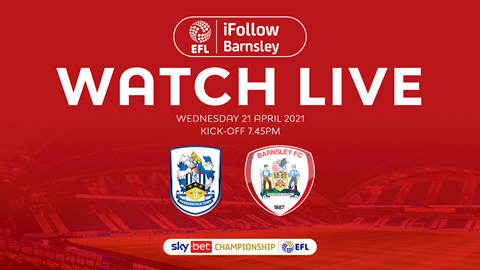 We'll have live coverage of Wednesday night's fixture on iFollow Barnsley, as Matt Bailey is joined once again by ex-Red Wayne Goodison on commentary duty.

Barnsley returned to winning ways at Huddersfield tonight and increased their lead in the race for the Sky Bet Championship playoffs!

Having made three changes to his starting lineup, hoping for a much improved start to games, Valérien Ismaël will have been pleased with the opening 45 as Barnsley created a handful of opportunities, with a couple in particular that should have been taken.

Inside the opening minute of play, the Reds didn't enjoy the call of the officials when Callum Brittain's deep cross was seemingly handled by a defender with Dominik Frieser looking to head home at the far post.

Back in a more central position, Cauley Woodrow had a number of efforts himself in the first half. Twice he saw tries from the edge of the box comfortably saved by home 'keeper Ryan Schofield. But it was his chance from eight yards out, having capitalised on a defensive error that he'd rue the most, firing just wide of the post from an acute angle.

Restored to the starting XI, Michael Sollbauer was solid upon his return and made one excellent sliding block to thwart a Terriers forward who was all set to shoot from inside the box.

Frieser was set up nicely inside the six-yard box by Woodrow but his tame effort was easily held by the Huddersfield stopper. Before an Alex Mowatt free-kick whistled inches wide, finding the side-netting from 20-yards out.

The hosts had limited forays into Reds territory in the first period, it wasn't all one-way traffic, but the biggest moments were certainly for Barnsley, and the biggest of all came within added time at the end of the half. A fine run from Frieser set Carlton Morris away down the left and he cut back to Mowatt on the edge of the box but the skipper saw hos strike fly a couple of yards over the bar as he leaned back whilst striking.

Dike replaced Frieser immediately prior to the referee blowing for half-time.

After the interval, the Reds remained in charge, continuing to press for a deserved lead, going close in the very early stages when Morris got his head to a Callum Styles cross at the near post, forcing Schofield to tip round the post.

That pressure paid off on 66 minutes as another Morris run and this time a dinked cross from the left found Dike with his back to goal, and the American produced a stunning bicycle kick to fire the Reds in front.

Barnsley had further chances to extend the lead when Morris saw a goalbound header cleared off the line by Naby Sarr, before Michał Helik crashed a half-volley against the crossbar from close range.

Reds' stopper, Brad Collins had to be alert inside the final ten minutes to hold a dipping effort from the ever-industrious Lewis O'Brien, but defensively, the Reds were solid throughout, with Sollbauer in particular a rock at the back.

The Austrian made a stunning block challenge as the Terriers looked to catch Barnsley on the break, before seeing his own shot hacked off the line from a late Reds corner kick.

Another huge win on their travels for Ismaël's men and they now hold a six-point lead over the club in seventh position, with just three matches still to play. 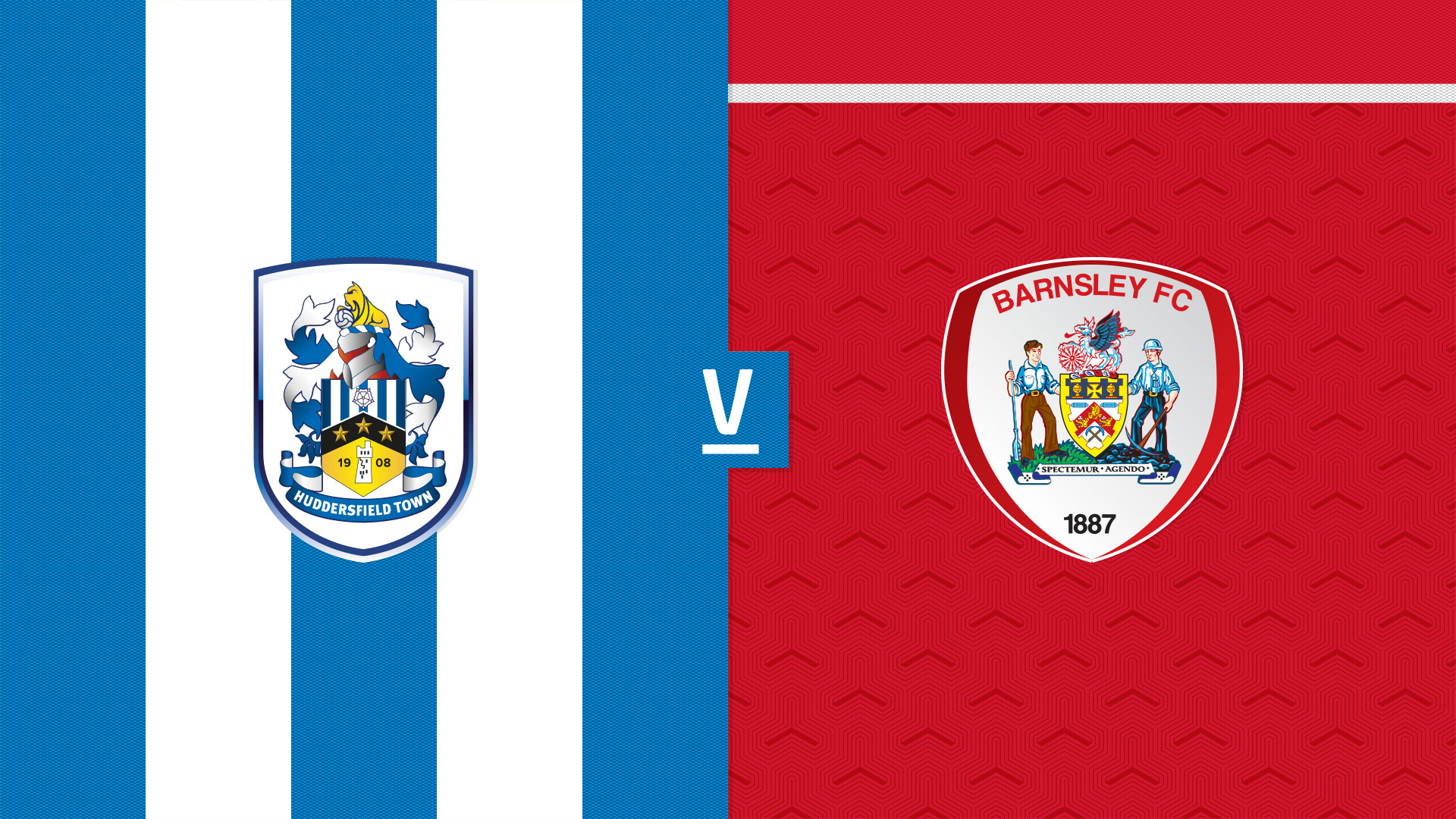 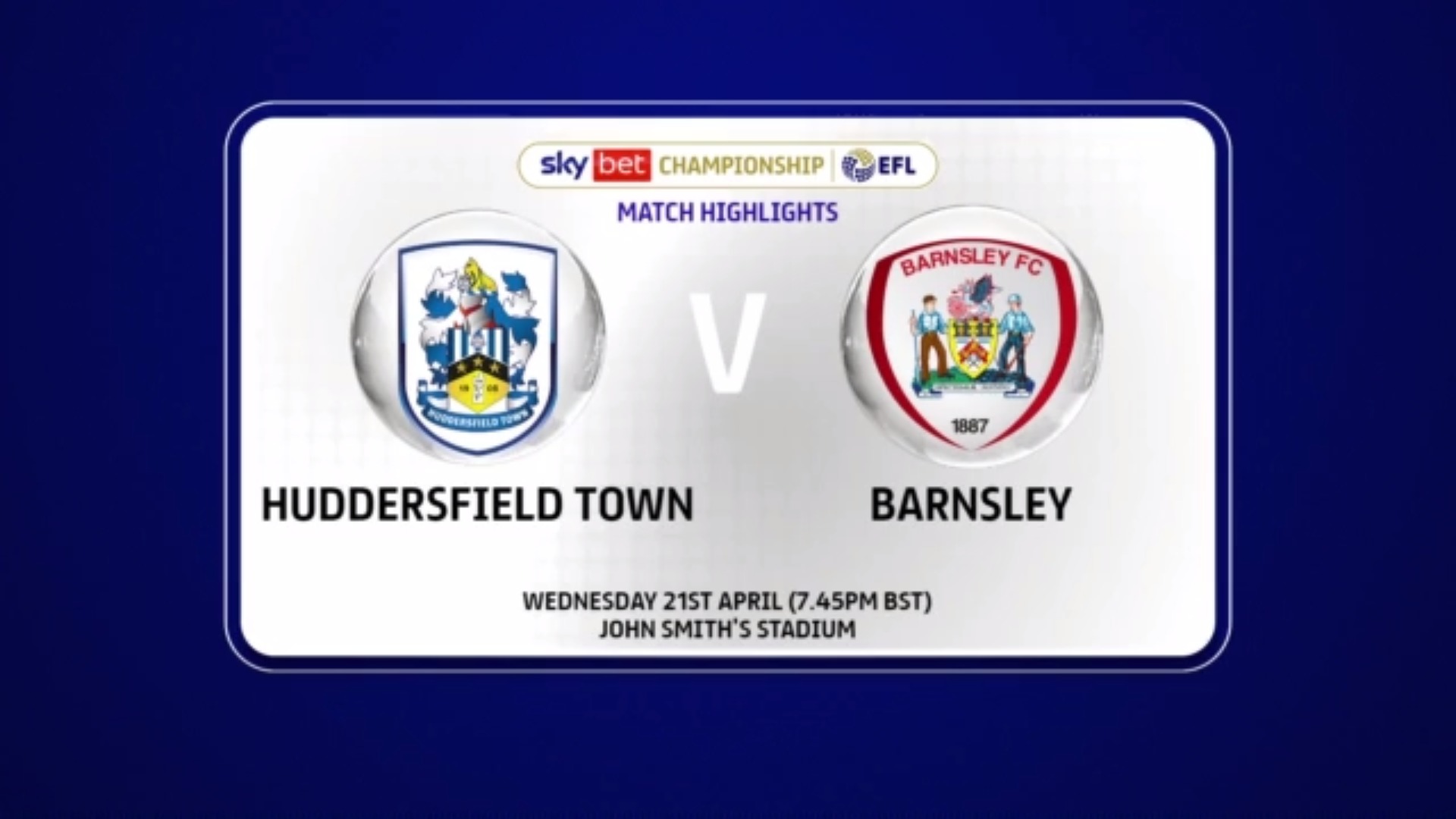 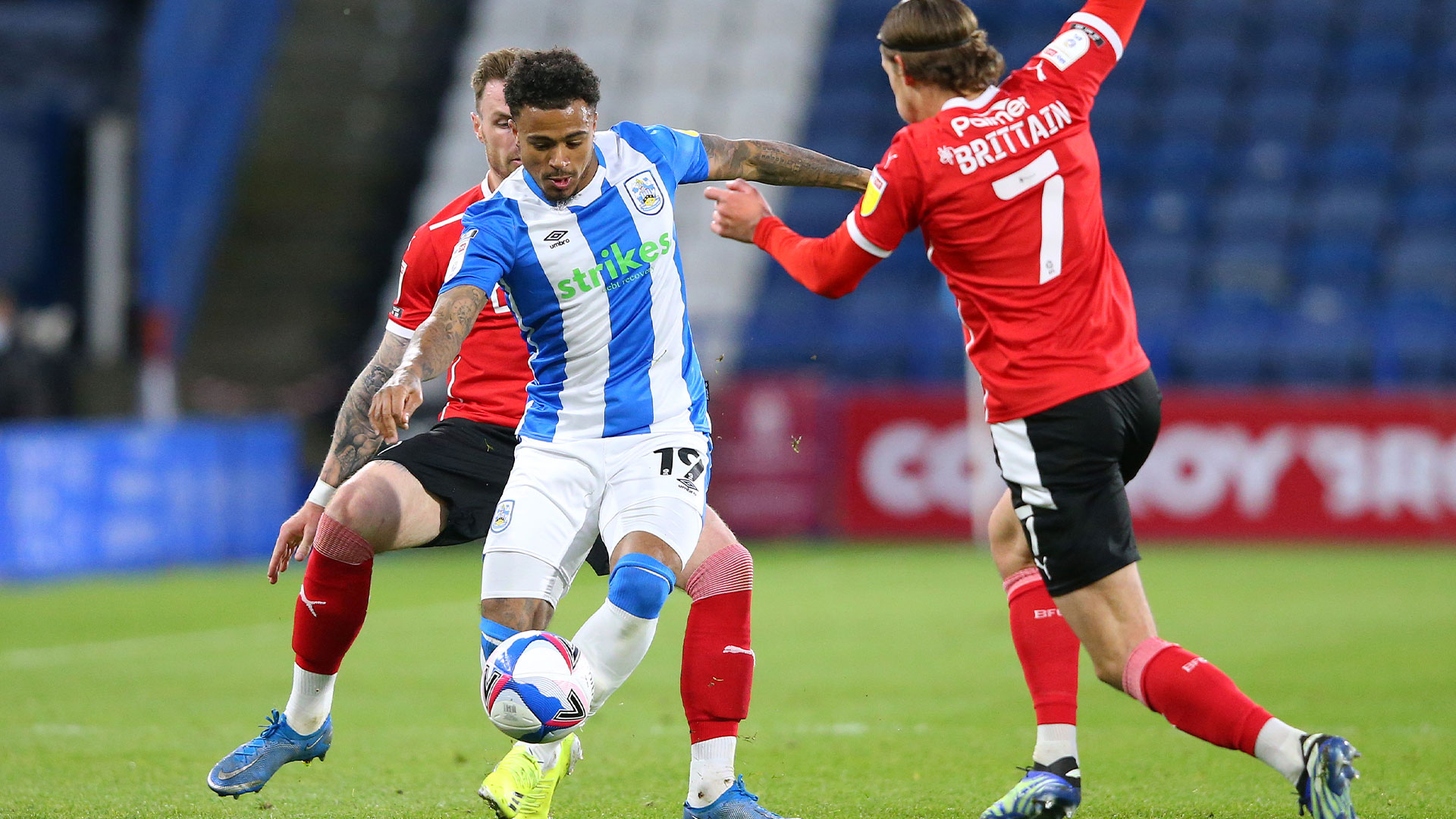