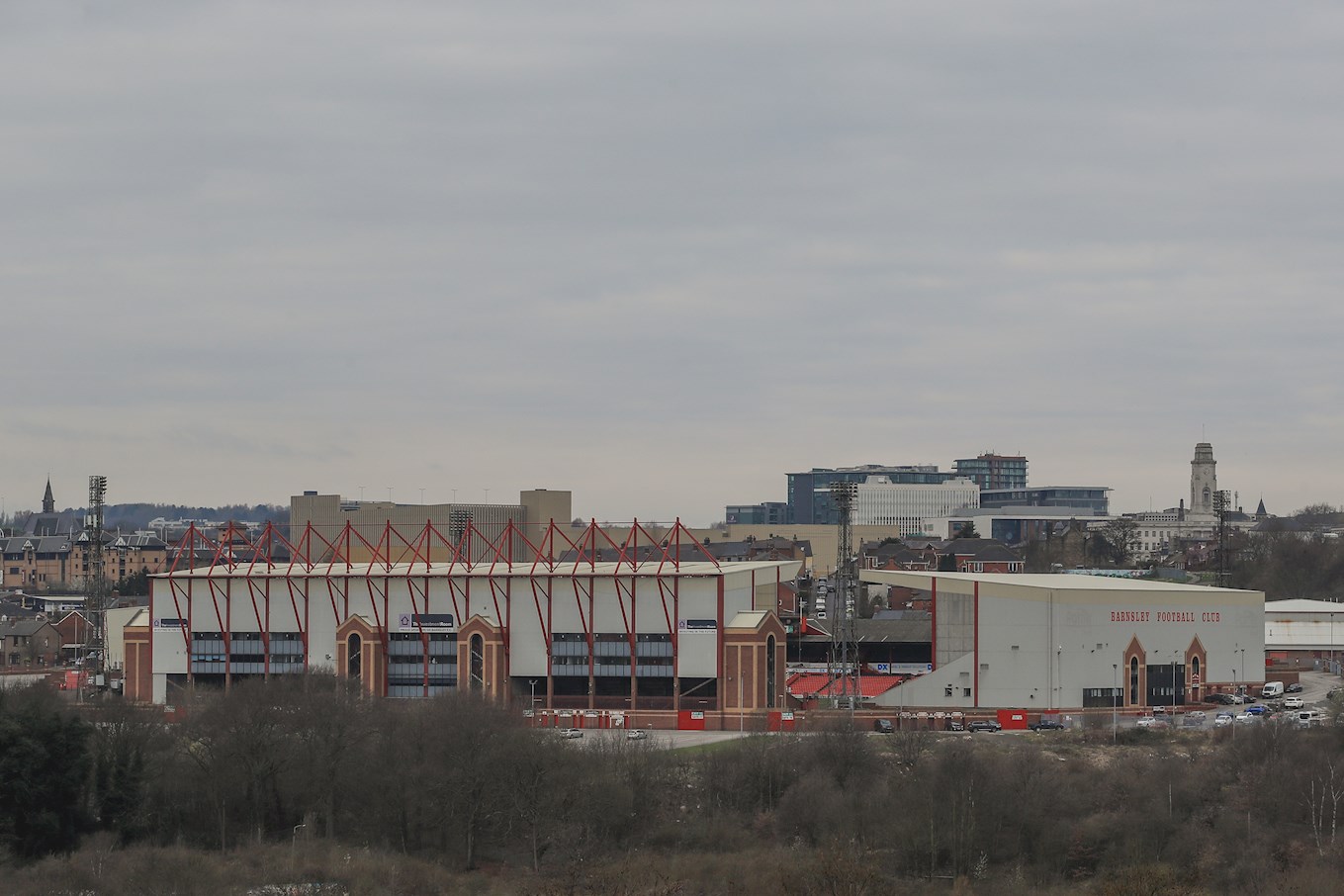 Leave the M1 at Junction 37 and take the A628 towards Barnsley. Stay on this road (Oakwell is well sign-posted) and you will eventually see the stadium on your right.

There are a couple of car parks located around Oakwell, but they are mainly for permit holders only. Between the stadium and the Metrodome Leisure Centre is a car park for visiting supporters - the old Queens Ground - which costs £4 per car, £8 for a mini-bus and £15 for coaches.

Barnsley Interchange is about a 10 minute walk away from Oakwell. The station is served by trains running between Sheffield and Leeds/Huddersfield, and trains in both directions arrive every 25 minutes or so.

Oakwell is a multi-purpose sports venue, built originally in the 19th century.

While the name 'Oakwell' generally refers to the main stadium, it also includes several neighbouring venues which form the facilities of Barnsley FC.

These include the Barnsley FC Academy – an indoor training pitch, a smaller stadium with seating on the south and west sides for around 2,200 spectators, and several training pitches used by the different Barnsley FC squads.

The record attendance figure for a game at Oakwell was registered in February of 1936 when 40,255 spectators saw the Reds beat Stoke City 2-1 in an FA Cup 5th Round tie.

As well as being the home of Barnsley FC since 1888, Oakwell has hosted a number of England international fixtures at different age levels, and even Rugby League matches.

With a capacity of 23,287 since the 'Taylor Report' in the early-1990's led to the development of all-seater stadia, Oakwell is often referred to as a 'classic' football stadium and one of the few remaining grounds to have its floodlights on corner pylons.

Oakwell was the first stadium in English football to have a designated stand for disabled supporters. 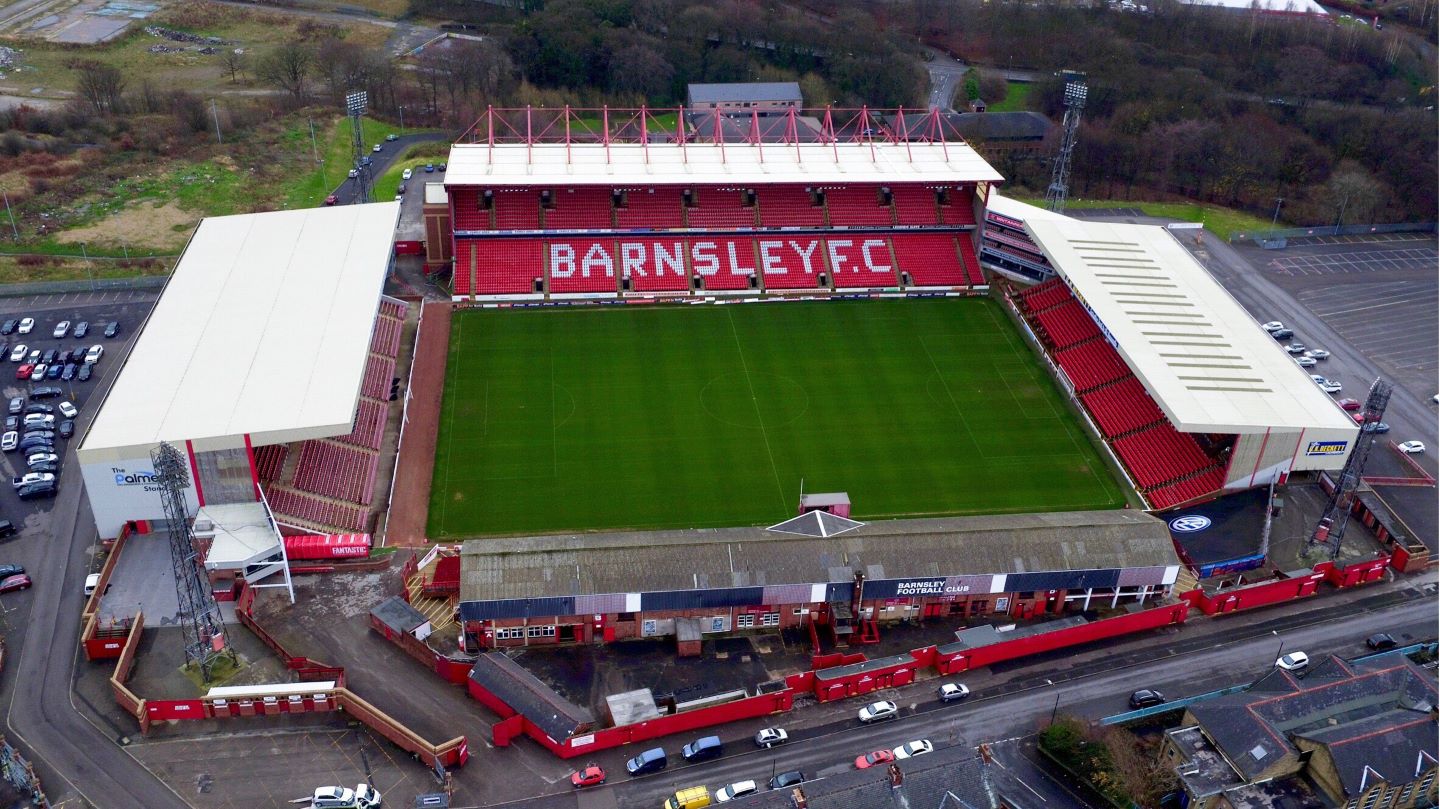 The West Stand is now the only original part of Oakwell Stadium left standing. However, it was made 'all-seater' in 1995 and has had numerous alterations over the years in line with ground regulations.

The stand is made up of two tiers, with only the upper tier covered. Many of those upper tier seats are the originals from the late 19th century.

This stand was closed to supporters in October of 2021 owing to the findings of a structural report and crowd management issues. 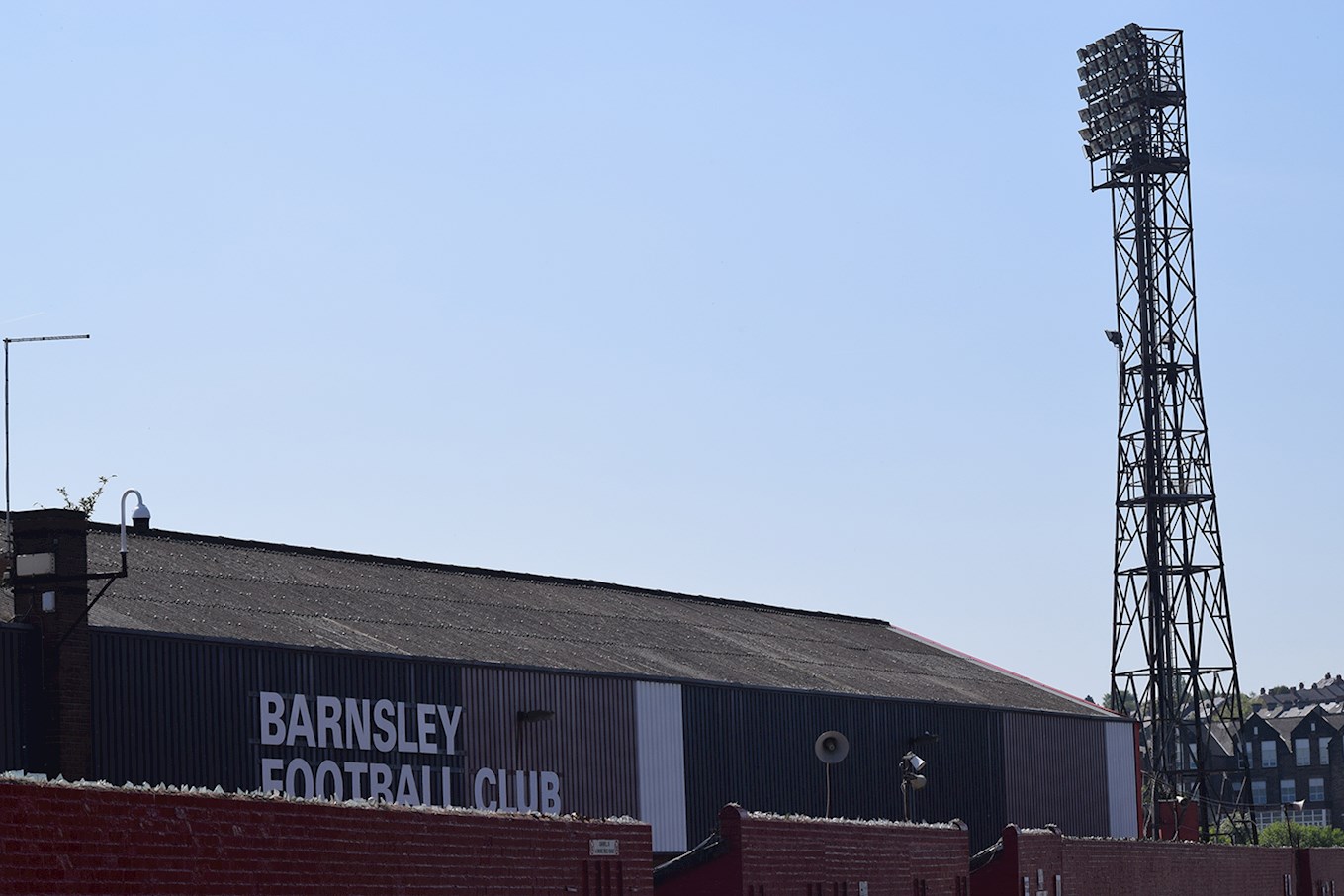 The East Stand is a two-tiered, covered structure, completed in 1993. It offers the highest vantage point for supporters and is also home to the Barnsley FC Family Zone which hosts a variety of child-friendly activities on an Oakwell matchday.

With the opening of the East Stand, Barnsley FC became at that time the first club in Yorkshire to incorporate 'executive boxes' into their stadium. The Legends Suite, Premier Lounge and Rimmington's are all also incorporated into the building, giving supporters first-class matchday hospitality whilst being used throughout the week for a variety of purposes. 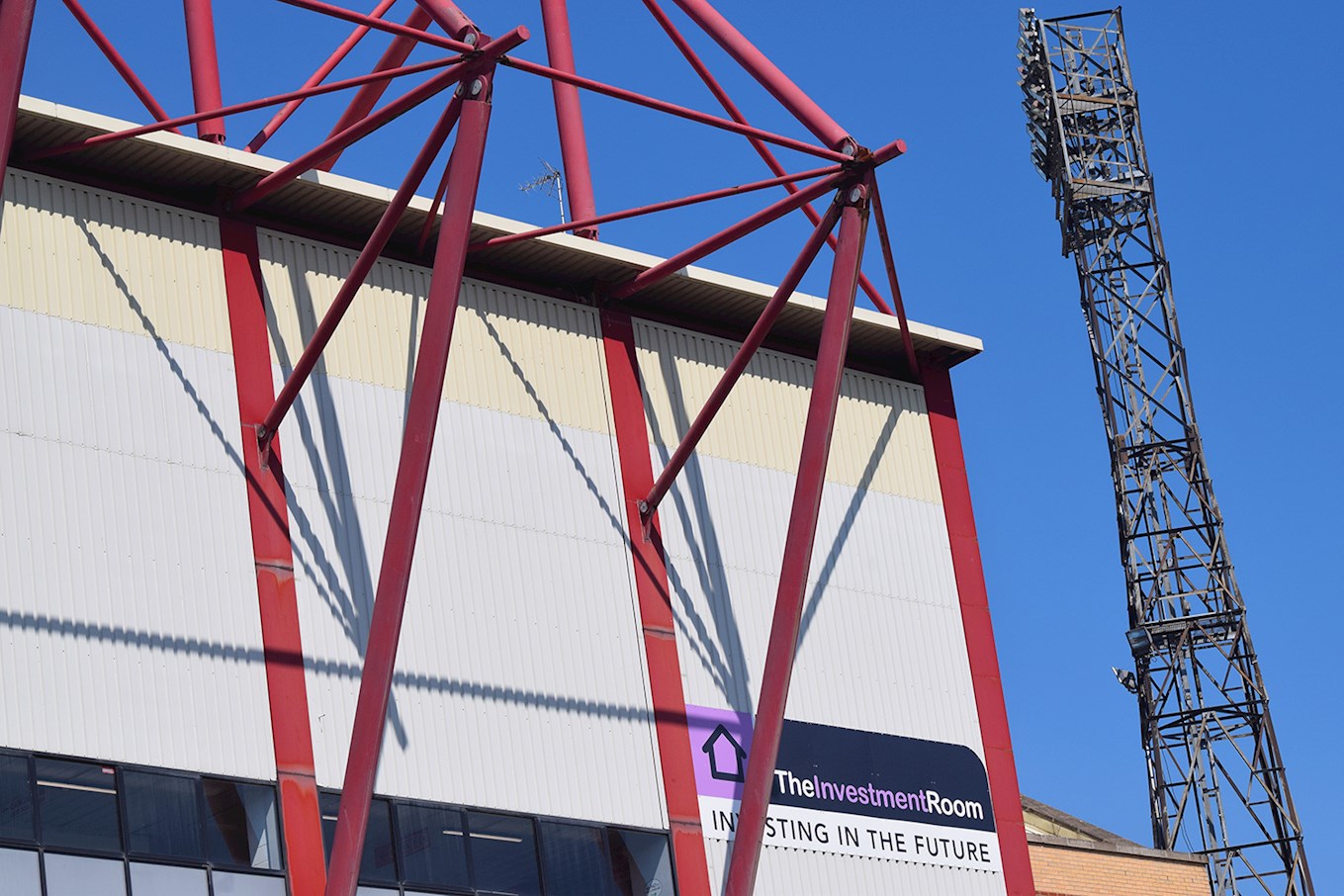 Built in 1995, The South Stand is traditionally known as the 'Pontefract Road End' or 'Ponty End'.

The stand is a large, covered, single-tier seating area behind the goal on the south side of the stadium.

This part of the stadium also houses the Reds Superstore, the Box Office as well as club administration offices. 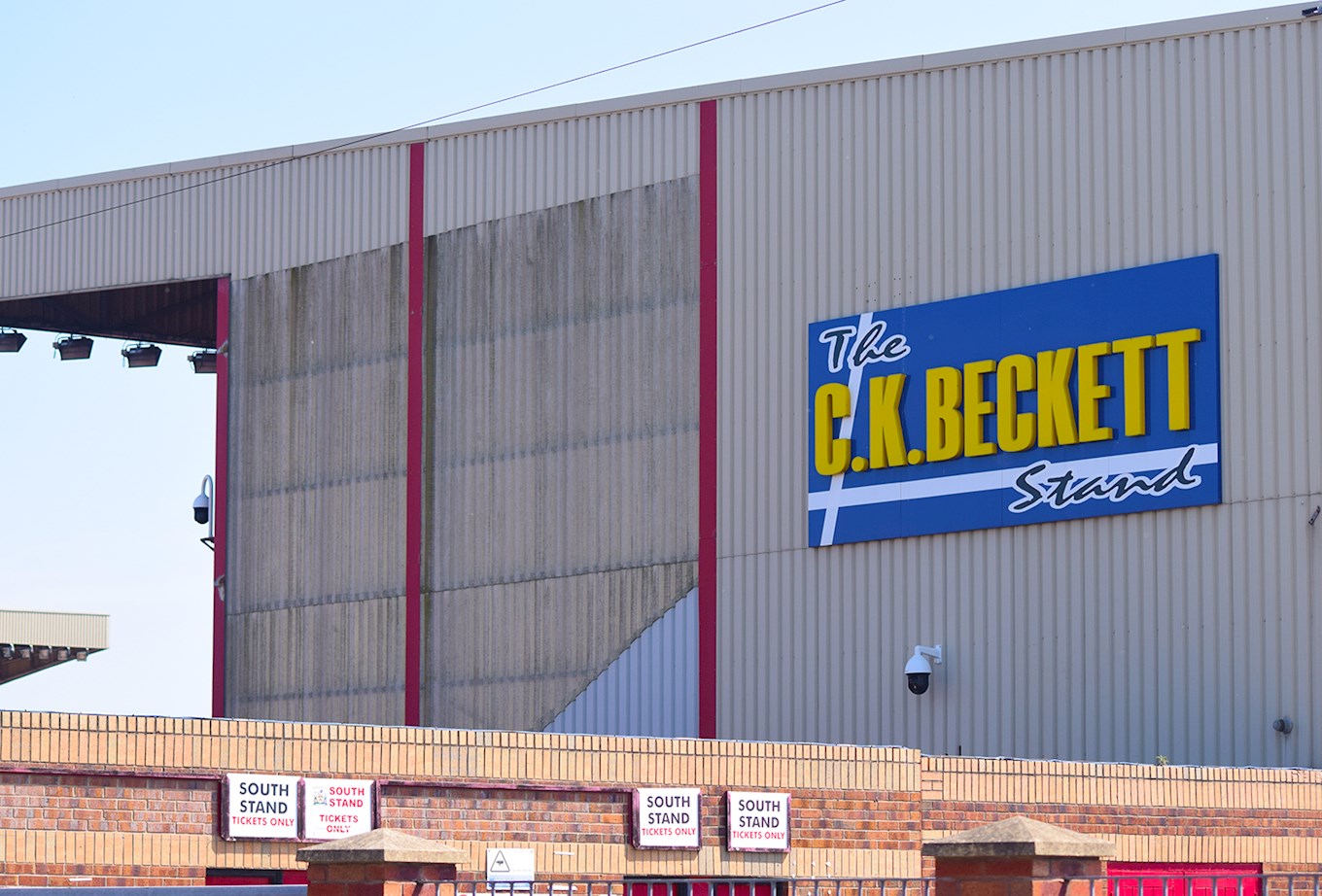 The North Stand is the most recent addition to Oakwell Stadium and is a large, covered, singled-tiered seating area, and is where away supporters are situated.

It also houses the changing rooms, the gymnasium as well as the first team and academy staff offices. 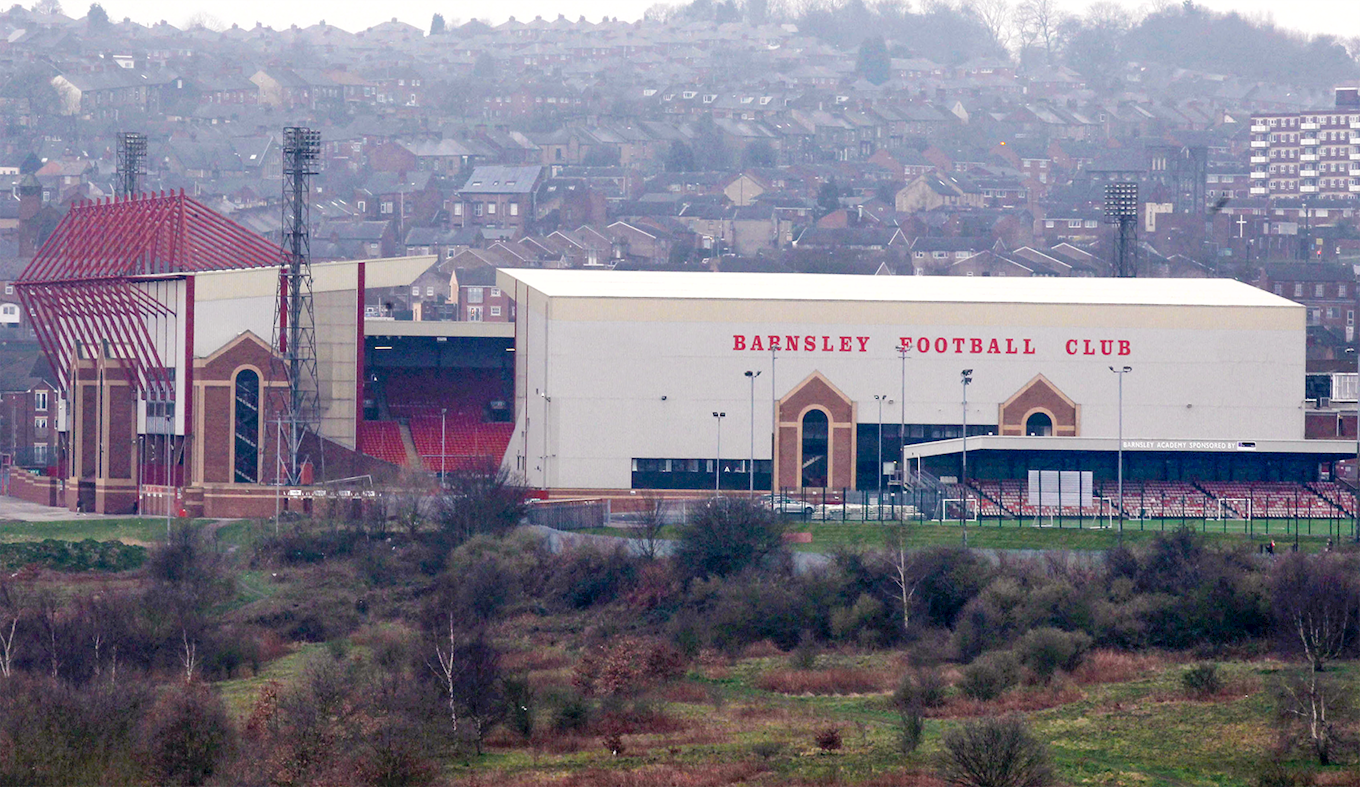 Built in the summer of 1998, this three-level structure provides, on matchdays, further executive areas (Club 64 and Patrick's Lounge) and disabled facilities for viewing an event, whilst acting as another meeting point throughout the week for guests and club officials.

Access to this area was also incorporated into the neighbouring East Stand on several levels. 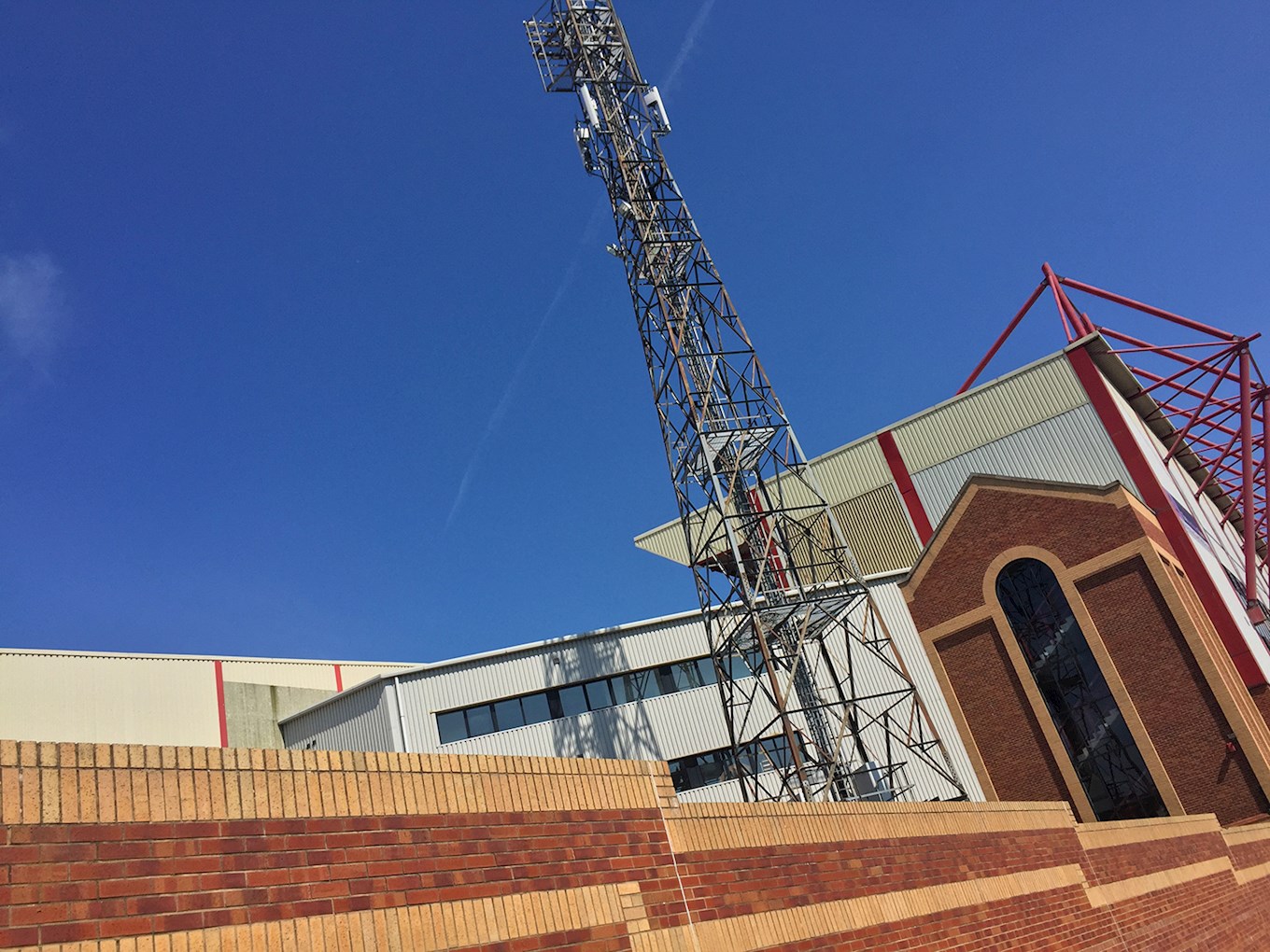