Barnsley's slim hopes of survival suffered another blow with just a point picked up on their Welsh travels.

A 20-yard strike from Olivier Ntcham ensured the spoils were shared at the Swansea.com Stadium, with Claudio Gomes' first goal for the club not enough for a profligate Reds outfit.

As expected in South Wales, the hosts were happy to retain possession, mainly around halfway but in the first 45 it was Barnsley who looked the more threatening side but as ever, the lack of a cutting edge was all too apparent.

With Matty Wolfe striding towards the Swans' box, Welsh international Ben Cabango cynically scythed down the Reds' youngster. Referee, Andy Woolmer decided against a booking, before Domingos Quina powered in the resulting free-kick towards goal that Andy Fisher had to tip over his crossbar.

From the corner that followed, again Quina tested Fisher when a loose ball dropped to the Portuguese and his low drive was well held by the goalkeeper.

Cabango was in the right place at the right time, on his goalline to block Mads Andersen's point blank header, after Liam Kitching had headed a Quina cross back across the face of the Swans' goal.

The man in the middle did book Wolfe when he came off better in a 50/50 challenge with Swansea skipper, Matt Grimes. A couple of minutes later, and Wolfe was again caught from behind by Jay Fulton, with the ref only awarding a free-kick as the Reds looked to break on halfway.

As the game became fractious, next into Woolmer's notepad was Romal Palmer when his first tackle on Grimes was mistimed, before Rémy Vita took the acclaim when he prevented a three-on-one Swansea counter attack with a splendid tackle just outside the box on Jamie Paterson who'd dallied somewhat.

Leading scorer, Carlton Morris then volleyed wide following some outrageous Callum Brittain skill and wing-play, before the chance of the half fell to Liam Kitching from another Reds corner kick.

It was wonderfully arrowed in towards the near post by Amine Bassi and Kitching, unmarked, could only nod it a foot wide.

The home side nearly made the Reds pay just before half-time, but Michael Obafemi miskicked when eight yards out, before Grimes saw a speculative effort turned away by Reds' stopper Jack Walton.

The Reds enjoyed more of the ball in the opening stages of the second half and Morris glanced a header just over the bar having been found expertly by another inch-perfect Bassi corner.

With their tails up, Barnsley did fashion a deserved lead when some high pressing from Morris and Palmer saw Bassi in space 30 yards from goal and he found Gomes on the right of the box who set himself well before steering home beyond Fisher to send the Reds a goal up.

It was nearly 2-0 soon after, as Brittain fired in a low cross that ricocheted off Joel Latibeaudiere and bounced agonisingly off his own post and away.

Within minutes of his introduction from the bench, Ntcham was pinpoint with his shooting from just outside the box, to crash home a shot with the instep into the top left corner, leaving Walton no chance.

It was the former Manchester City man's second goal against the Reds, having scored in the reverse fixture at Oakwell.

But Barnsley should have retaken the lead when another Brittain cut-back fell kindly for the onrushing Wolfe but the youngster couldn't keep his shot down, blazing over from 12 yards with the goal at his mercy.

"That's why you're going down!" sang the Swansea supporters, and it's that failure to score goals this season that has indeed, haunted Barnsley across the entire campaign.

There were appearances for Callum Styles and Cauley Woodrow with the game approaching the final quarter, and the latter nearly made the perfect return to action after four months out when he met Bassi's cross inside the box, on the volley, but his guided effort fell just a foot wide with Fisher stranded.

More contentious moments followed via referee Woolmer, who booked Morris after the big man took down Bassi's through-ball and finished beyond Fisher. The flag was raised for offside, but it looked marginal to say the least.

Walton was down brilliantly to thwart Joel Piroe from 12 yards before the Swans' top scorer planted a free header just wide with the final action of an entertaining, but ultimately disappointing afternoon in Wales for Barnsley.

With Reading's victory at Sheffield United, the gap now stretches to 10 points, with just 15 left to play for. The Reds now meet Peterborough United on Easter Monday at Oakwell - who also won today against Blackburn Rovers to move above Barnsley in the table - where only three points will do to keep the season alive.

Tickets for our Good Friday trip to Wales go on sale next Monday.

We have received an initial allocation of 1,032 tickets in the North Stand for our game at the Swansea.com Stadium on Friday 15 April, kick-off 3pm. A further similar allocation is available on request.

Tickets available to purchase on general sale from 9am on Monday 28 March.

Ambulant disabled supporters and wheelchair users will pay their relevant age-related category with a carer’s ticket free of charge for those in receipt of the higher rate of DLA only.

Official Club Coach Travel departs at 8am priced at £35 per seat. We have a strict no alcohol policy. Children under 16 must be accompanied by a responsible adult 18+

The postage deadline for this game is 3pm Tuesday 12 April. Tickets will remain on sale from the Box Office until 12 noon on Thursday 14 April, subject to availability. The box office will be closed on Good Friday. 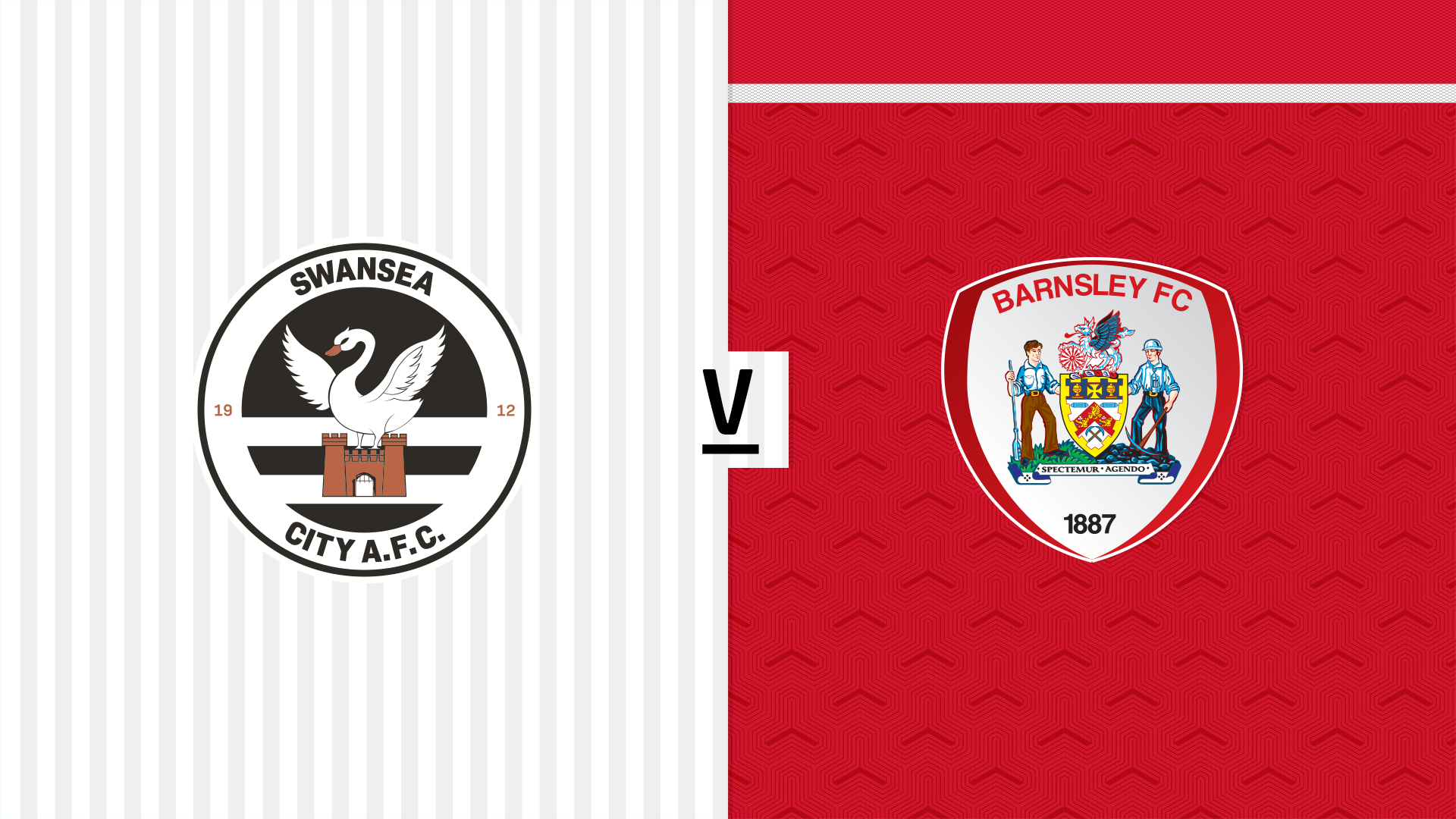 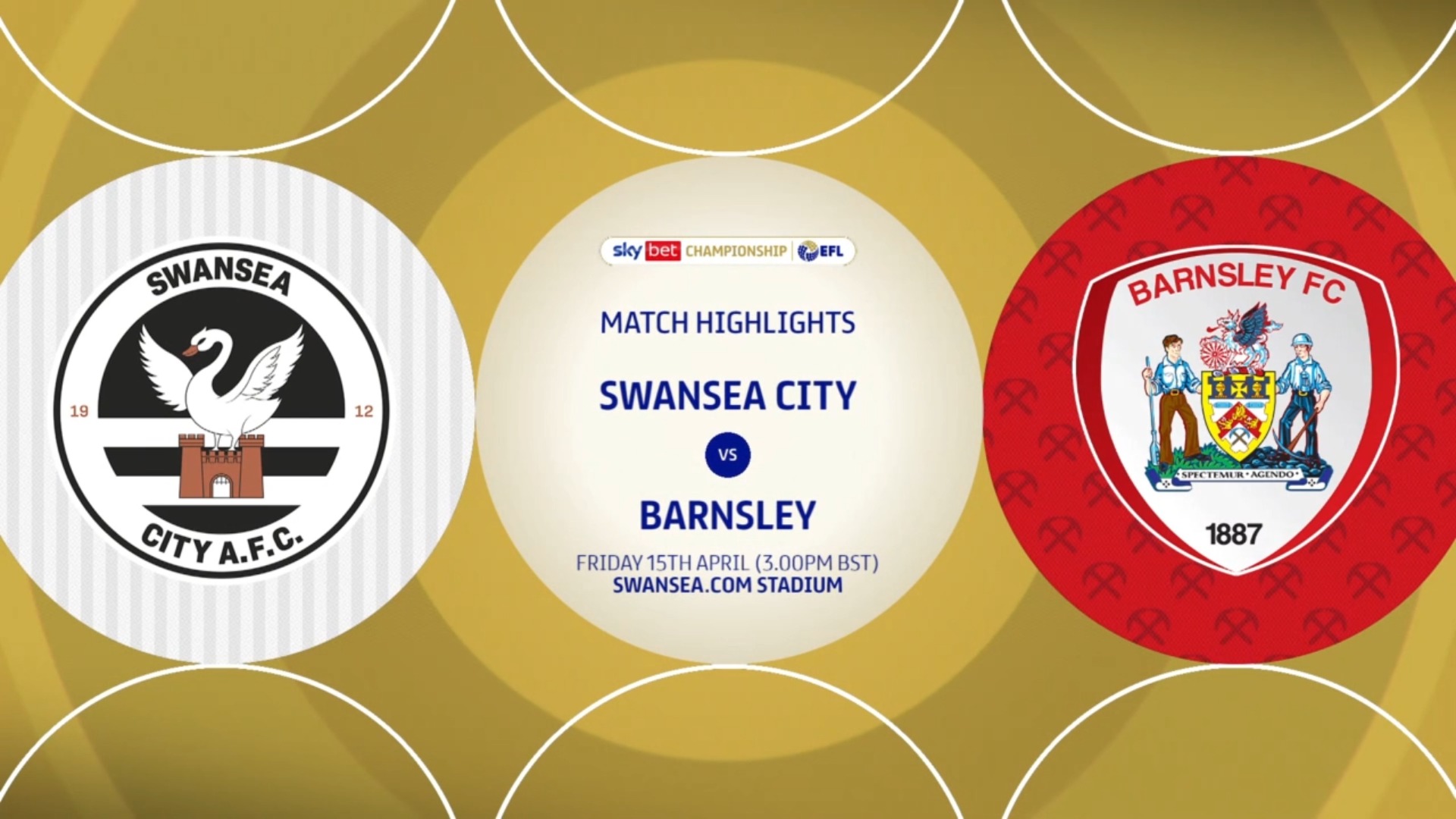 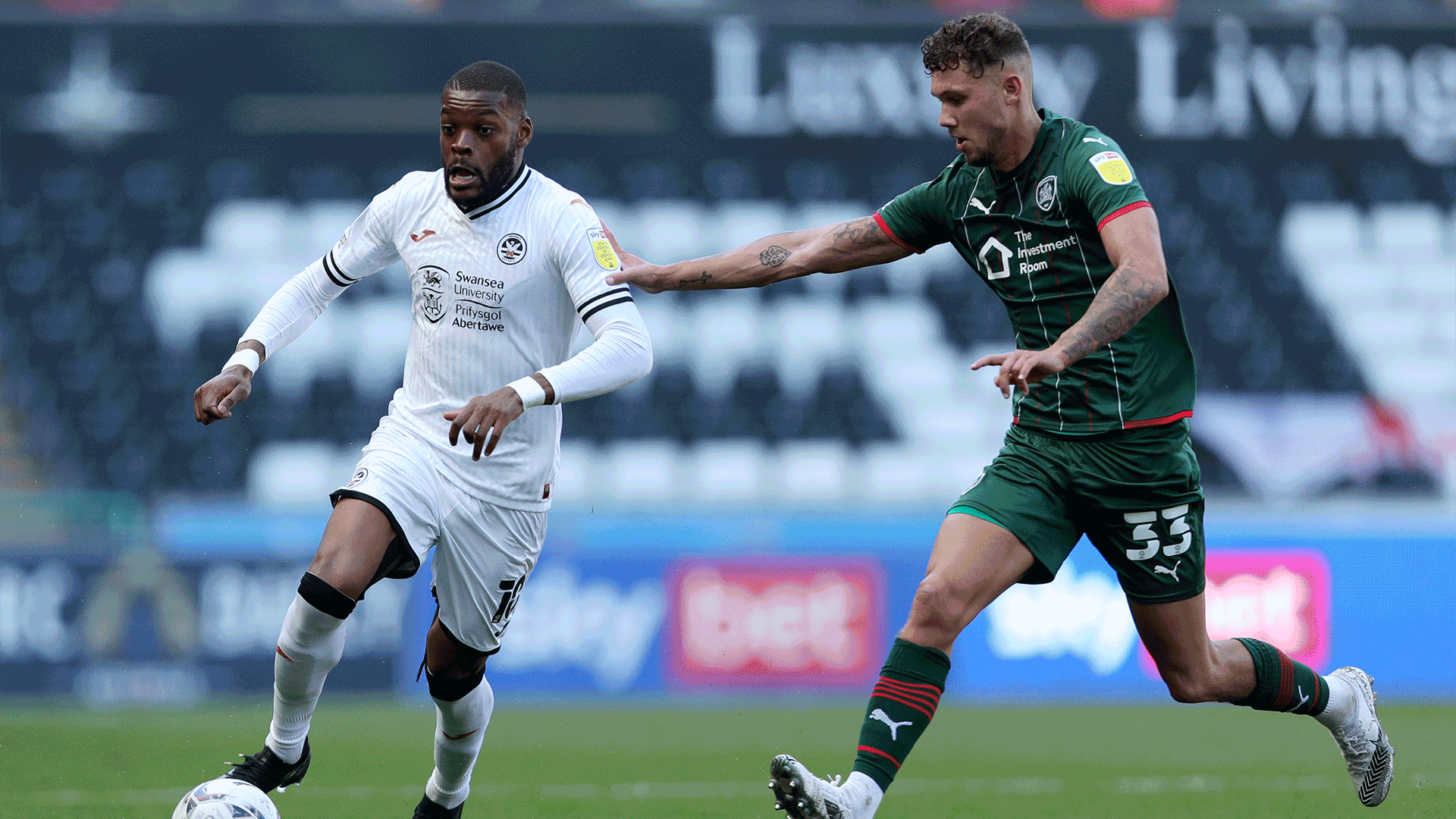