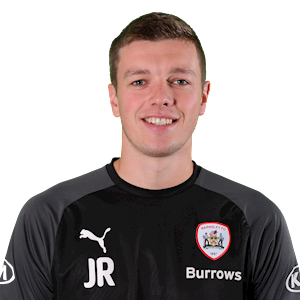 Another graduate of Leeds Beckett University, our Lead Analyst at first team level is Jack Riley.

After initially working in Rugby League with Huddersfield Giants as an intern, it was via the Academy here at Oakwell that Riley's skills were honed.

Two years later he was promoted to the first team setup and now heads up the performance analysis department for Gerhard Struber.