Jasper Moon gave his thoughts ahead of our clash with the Baggies on Saturday.

ON COMMITMENT
“I think everyone is committed; you grow up wanting to be a footballer and now you’ve got the opportunity – it doesn’t matter if you’re relegated or not. Playing football is what you want to do.”

ON PRESTON NORTH END
“I think there was a bit more there; I felt there was more energy. Against Blackpool, we had a tough week, getting relegated, so against Blackpool, it was always going to be hard – our backs were against it straight away.

“I felt against Preston there was a response; I think the lads gave everything they could, really. I know things didn’t go our way, but it’s something to work on.”

ON YOUNGSTERS NEXT SEASON
“I think, for the young players, it could be an opportunity. As long as everyone takes it, I don’t see why young players can’t have an impact.”

ON OWN SEASON
“Obviously the first thing when I look back is quite disappointing because we got relegated. But then I think to be playing in the Championship at the age I am quite regularly was good for me, and it just kicks me on ready for next season now, taking all the responsibility and experience I’ve gained.”

ON PERSONAL EXPERIENCES
“You’ve got to learn from it and take every experience as it comes, and just adapt to what you’re going to do in the future. I think that’s what I’m going to do.”

The defender's thoughts ahead of our final game of the season.

ON LEARNING FROM TEAMMATES
“When you’re playing with – I like to say they’re two of the best centre-backs in the Championship – Mads and Mich, so I think it’s really good to learn from them, watch what they do and, hopefully, I can add it to my game.

“Off the pitch, they’re top people too, so it’s really nice.”

ON MARTIN DEVANEY
“I’ve worked with Daverz for a few years now. Putting me back in has made me a lot more confident and I’m just enjoying it again now.

“It’s been difficult for him because the situation he’s been given, obviously we’ve been relegated, and now he has to come in and try and motivate the lads. He had a tough job, but I think he’s doing a great job – he’s shown why he wants to win and is trying to boost the changing room to make them winners.

“I think it’s been really beneficial.

“He has a desire to win and good man management as well, so I think, off the pitch, he helps you and, on the pitch, he motivates you as well. His reputation from playing at Barnsley to being a coach here, he knows what it takes to win and what it meant to the Barnsley fans, so I think that’s really good.”

ON WEST BROMWICH ALBION
“I don’t see why we wouldn’t go for a win. Obviously, it’s going to be a tough game because they’re a top team with top players, but I think if we show the right character and desire, I don’t see why we can’t win.

“It’s football – anyone can beat anyone.” 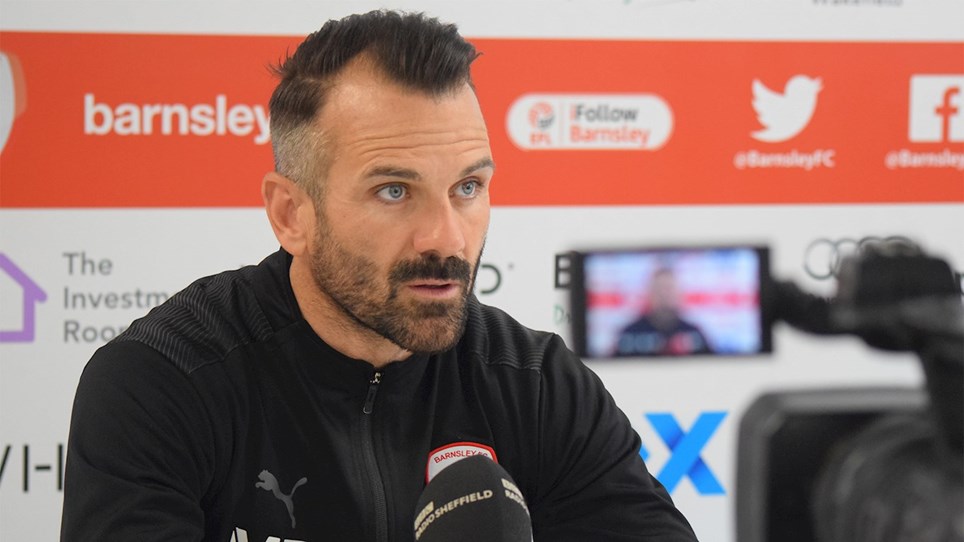 
Martin Devaney spoke to the local press ahead of our trip to the Hawthorns.