Our U23s were involved in a 0-0 draw with Swansea City on a sun-kissed Oakwell pitch in the Professional Development League on Tuesday afternoon.

Despite being goalless, both sides created dangerous opportunities and the away team even had the ball in the back of the net, but was later ruled out for offside.

The Swans also came to South Yorkshire on the back of victory, thrashing QPR 5-1 last time out.

The opening exchanges were controlled by the Reds, but no clear-cut chances were to be had in the first 10 minutes. It was David Bremang who had the first big chance of the after he connected with a teasing Will Lancaster delivery from a free-kick, but the striker’s header was saved well by Swansea ‘keeper Josh Schofield.

We began to apply increasing pressure midway through the first half, with Connor Hodgson almost scoring a goal of the season contender from the edge of the area on the full volley after a floated delivery from Lancaster, but the strike went narrowly over the top.

The Reds’ trialist came close to providing the opener after we won the ball high up the pitch on 20 minutes, but Schofield reached behind his post to deny us of any advantage.

The Welsh side almost went into the interval ahead, after good work from Rio Campbell allowed the winger to cut inside and shoot from the left, but Lancaster got in the way well to keep the scores level.

Aiden Marsh was brought into the fray at the interval by Tom Harban, who was deputising for U23s boss Martin Devaney for this encounter, in replacement of the trialist.

After a flurry of Barnsley corners midway through the second half, the final set-piece saw Amir Ariely head over after rising well in the area, but his effort sailed over the crossbar.

More space began to open up for both sides as the match progressed, with Swans defender Tivonge Rushesha doing well to catch up with and dispossess Bremang who was through on goal thanks to a perfectly weighted clipped ball from Keegan Hartley just after the hour mark.

Dylan Morgan swept the ball home in the middle on 64 minutes after some nice work on the right hand side from the Swans, but thankfully for the Reds, the assistant referee had raised his flag, ending Morgan and Swansea’s celebrations prematurely.

Bremang found himself through on goal once again and this time managed to get a shot off at Schofield, but the strike, despite being powerful, was aimed straight at the man between the sticks.

Likewise to the first half, our U23s had a wave of attacks that looked to produce a goal, but the Reds couldn’t find that elusive opener.

With 10 minutes to play, Jordan Helliwell first of all had an opportunity to cut inside and strike, but his attempt went narrowly wide of the near post. Marsh then had a curling effort destined for the bottom corner well saved by Schofield to keep the teams in deadlock.

In a final roll of the dice, Jack Sherlock was introduced in replacement of Bremang with five minutes on the clock, as Barnsley were in the ascendency. However, the game continued in the same vein and settled in a stalemate at Oakwell.

The point now means that Devaney’s side are unbeaten in their last four in the PDL. 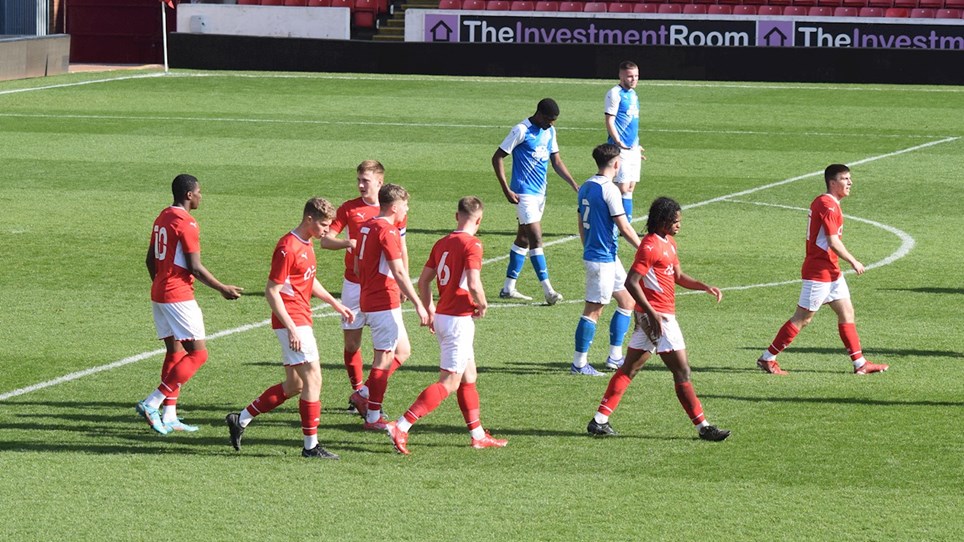 WATCH OUR U23S ON OAKWELL


Our U23s are back in action on Tuesday afternoon as they entertain Swansea City in the Professional Development League. 
Our U23s drew 0-0 with Swansea City on Tuesday afternoon at Oakwell in the Professional Development League.