To say it has been an eventful first three months of the year for Joe Ackroyd would be quite the understatement.

A debut for his boyhood club in the Emirates FA Cup third round victory over Barrow AFC was the stuff of dreams for the 19-year-old, who has since ventured into Europe to continue his development and play regular first team football.

Based in the South Moravian Region of the Czech Republic, Vyškov is approximately 35km away from Brno – the country’s second largest city – and almost 250km from the capital, Prague.

This is where our young academy graduate is calling home for the time being, and he is relishing every second of his adventure.

“I’m enjoying it, to be honest; it’s been a good experience for me, so far,” began Ackroyd. “I spoke to Bobby, Daverz, Tom Harban and Khaled, as well – people who I trust with my development – and they thought it’d be a good thing for me to come and try.

“I’m always open minded – I like to try new things, so I was looking forward to coming and challenging myself, and so far, it’s worked out well.

“I’m gaining good experience in terms of men’s football; the standard is still good and I’m learning a new language, I’m living on my own, so it’s been good for me so far.”

A lad from Tarn picking up the lingo elsewhere? Naturally, Ackroyd is learning profanities, as he revealed to us with a mischievous grin, but the crucial part is football terminology – key phrases that will help him develop a better understanding with his teammates on the pitch.

He is also currently sharing accommodation with two other MFK Vyškov players, which has enabled him to build healthy relationships as they go to the gym and out for food together, or just for a walk around the town itself. 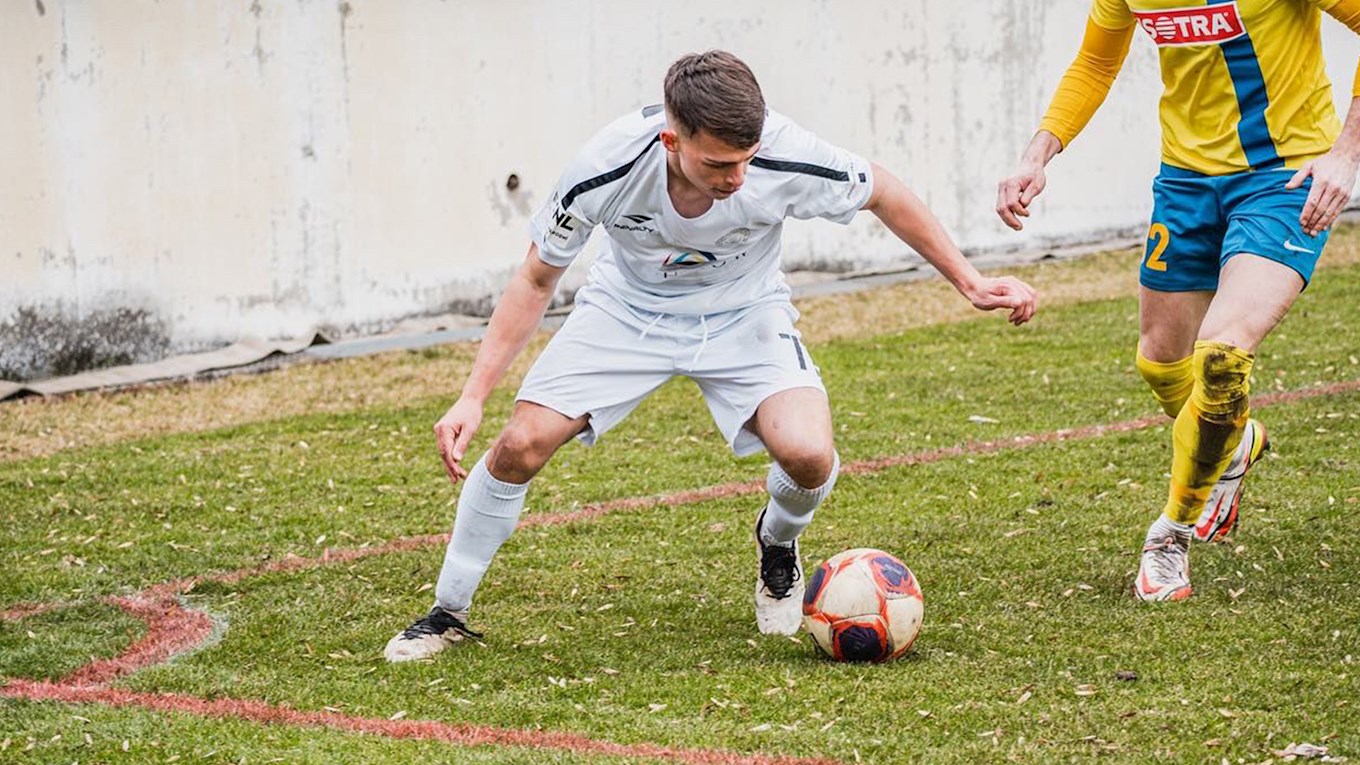 All of these factors have helped him to settle in in a new environment and culture, and he credits everyone at the club for welcoming him with open arms.

“Obviously, it was a little bit different, but I knew that once I got playing football and playing games it’d be easier,” he continued. “When I got here, my teammates and coaching staff all made me feel like I was at home, to be honest.

“I just feel that we’re all on board and able to move in the same direction, so it’s good.

“To be honest, I haven’t been homesick – I’ve been alright. It’s only three or four months out of your life and it’s an experience that I think is going to really help me.

“Sometimes in life, you’ve got to take some risks and, so far, this one is paying off.”

With three games under his belt since joining the Czech outfit at the end of February, it has been a gradual introduction to regular senior football for Ackroyd.

He made his debut from the bench in a 4-1 victory over sixth placed SFC Opava before starting for the first time a week later as Vyškov drew 1-1 at FC MAS Táborsko.

Last weekend, however, was a moment the energetic young midfielder will never forget as he got off the mark in professional football, scoring the opening goal in a 2-0 win at home to FK Varnsdorf. 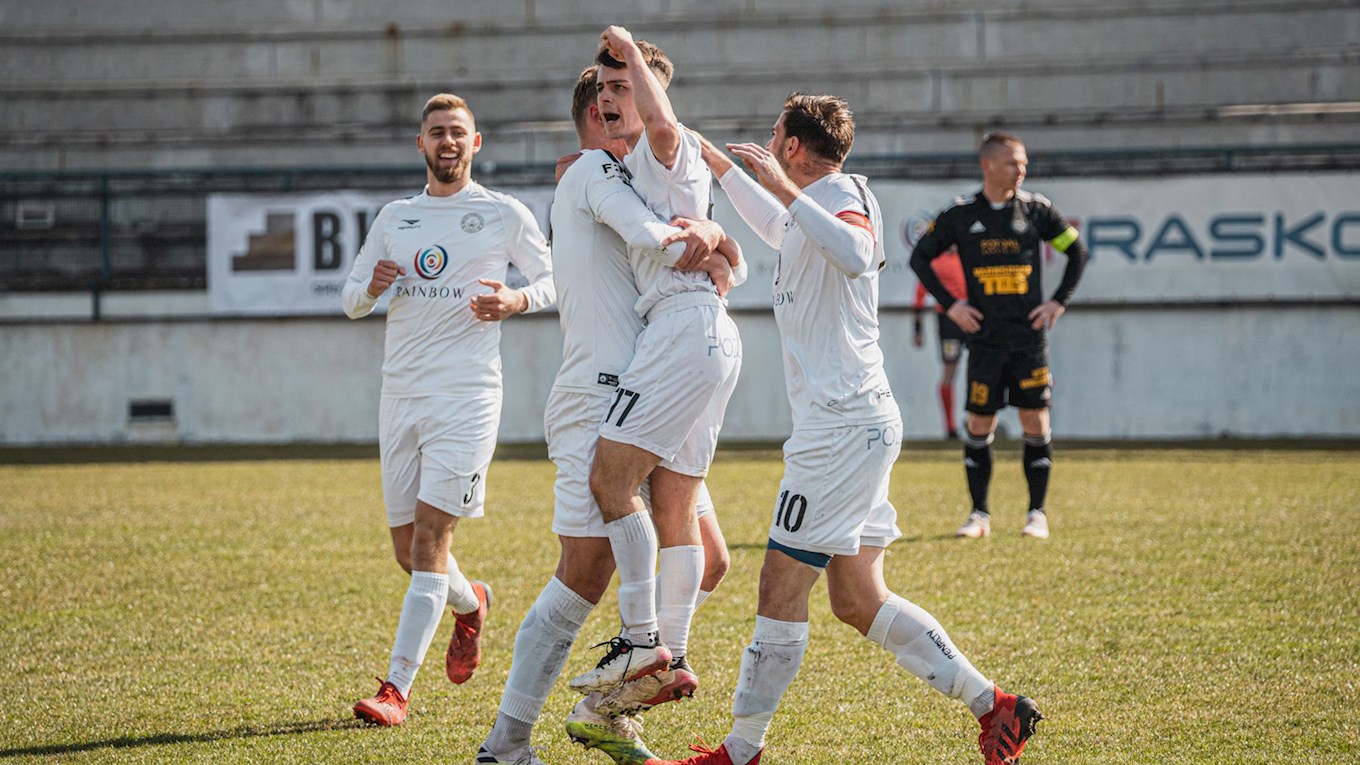 “We were attacking down the left-hand side, and we put a ball into the box,” he recalled. “I was just trying to get myself into a position to sustain the attack – if the ball comes out, we need to land on the second ball.

“The defender cleared it, and it was coming out of the sky. I watched it all the way down and was just there on time to meet it on the half-volley and rifled it into the back of the net.

“It was good to get my first goal and, more importantly we got the three points.

“At the time, I was trying not to get carried away because you have to keep your feet on the ground – you never know if things might start going badly.

“To get my first goal, I didn’t realise until after, but it was a nice feeling."

This is Vyškov’s first campaign in the second tier of Czech football, and they are currently on target to achieve their primary target of staying in the division.

With 11 games remaining, Jan Trousil’s side are comfortably mid-table and have an opportunity to climb to seventh as they welcome bottom of the league FK Viktoria Žižkov to Stadion Za Parkem this weekend.

Ackroyd praised his coach for the team’s recent positive performances, insisting he is working hard to ensure he remains in contention for a starting berth.

“He really good, to be fair,” stated the midfielder. “I enjoy his coaching methods and I feel like I’m learning a lot in every training session, and the style of play suits my overall game. 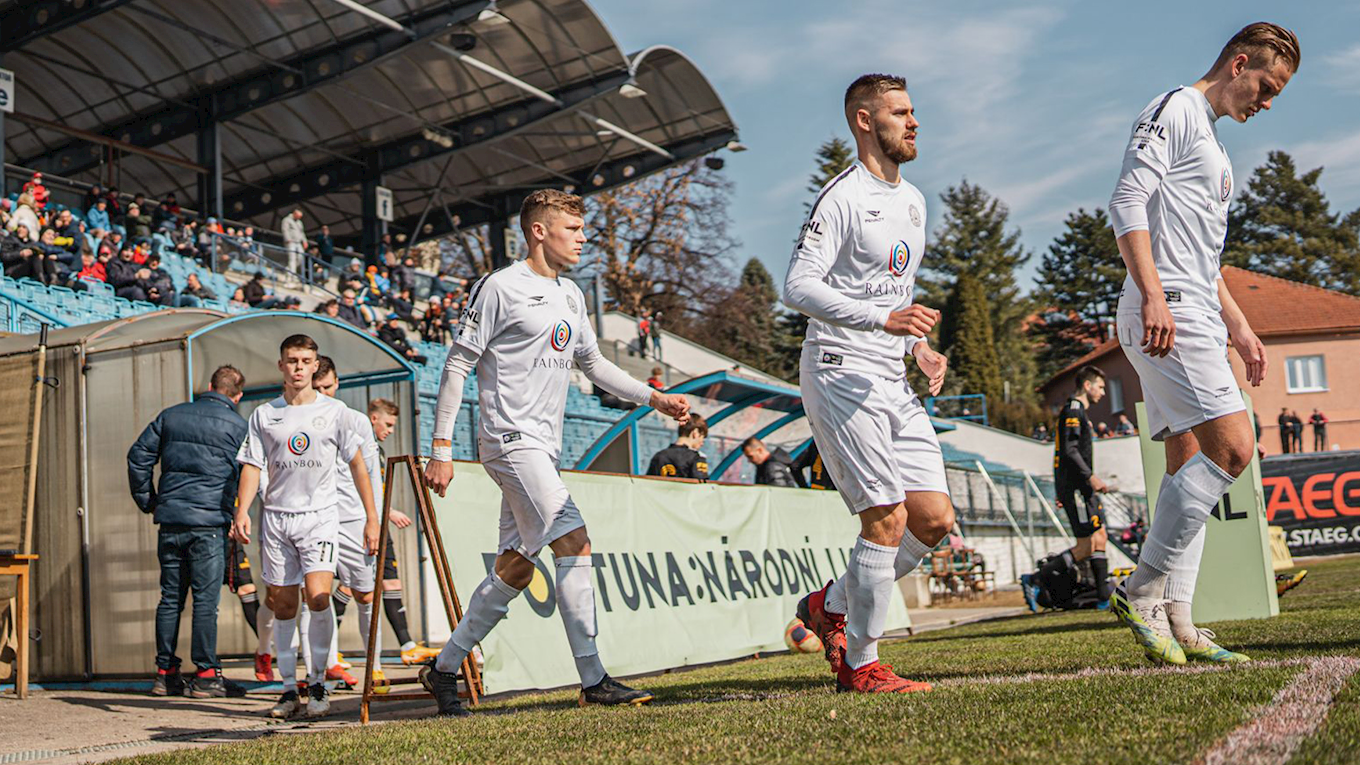 “I’ve been putting in plenty of hours in the gym away from training to make sure I’m in the best condition possible because I want to keep playing and showing what I can do.”

The overall experience for Ackroyd has been very productive and one that he has embraced with maturity beyond his years.

He admits that a loan move was something that had intrigued him as a youngster as he felt it would be more beneficial to play first team football, although he never expected to be based in Central Europe.

“I didn’t think the Czech Republic, but when I was younger, I always said to myself that if it comes to the stage where I’m 18 or 19 and the correct decision is to go on loan and gain more experience, I said that was something I’d do,” asserted Ackroyd.

“You need to start getting things on your CV; you can play under 23s football, but to come and gain men’s experience, I think it’ll do more for me.

“So, I didn’t think I’d be here, but it’s a challenge that I’m enjoying.

“Your proof is there in Matty Wolfe – he went to play in Denmark and did well, and he’s come back in and is now doing really well in the Championship.

“I think you have to try new things and, if you get an opportunity to do something like this, grab it with both hands because you’re not going to look back in five years thinking ‘I should have, I could have, I would have’ – you have to take the moment when it comes.

“For any young players who get granted the opportunity to gain men’s experience, I think you’ve got to go and do it.”