The defender looks ahead to Saturday's clash with the Cottagers.

ON MIDWEEK DRAW WITH STOKE

“The mood’s been fairly good, but obviously after the game it was very disappointing. It’s one of the worst feelings in football to concede like that in the 95th minute.

“But there’s nothing we can do about that now, we have had to move on quickly as we’ve another big game coming up this weekend.

“The opposition are pushing forward and throwing everything at it. If we’d have held on, nobody would question the decision to protect the lead. It’s a tough one, but we have to learn from these kinds of situations.

“It’s a point on the board, but it definitely felt like a loss at the time.”

“Especially against Hull and Middlesbrough we came flying out of the blocks and that positive momentum built really quickly.

“In the last two we were on the receiving end. Particularly against Derby, they took control from the start and even in midweek, we weren’t putting enough stress on Stoke in that first half.

“On Saturday we need to get back to what we are good at, get right at the opposition and hopefully we can get ahead in the game.”

HOW TO APPROACH FULHAM

“It’s a tough one. If we drop off and let them attack us we’ll maybe get picked off eventually, but if we go at them we could leave the backdoor open too. So it’s getting the key areas right.

“For me, it’s about all of us, to a man being at our best. We need to be at 100% as individuals and then put it all together as a team.

“If we go out there and give a real good performance then we can make a statement. There’s no expectation on us in this one, so let’s stick together and go and show everyone what we are about.”

“That setback, that injury was probably the first I’ve had really in my career. I came back against Coventry and I’d hardly trained. I’ve been getting more minutes and I’m feeling fitter and hopefully I can improve and help the team get big results.

“It’s about me getting back into a rhythm. That’s how I’ll find my best form and so the games I’ve had since the injury stand me in good stead for the rest of the season.”

“He’s a very intelligent guy, very clever and I’m glad he’s started to get some results.

“It was a tough start for him, but we all know what he’s about and the clarity and information is second to none. The analysis work, the videos we get and the work on the training ground is spot on and the lads really enjoy working with him.

“I don’t believe we’d be in this position had he been in this role earlier.

“There’s a real unity here. It’s a good squad, but a great group of lads who all get on with each other.”

“If the fans can back us and give us that extra boost, there’s no reason for us as a group not to believe we can get out of it. They really make a difference when they’re right behind us, the noise can be incredible.

“We have some big games at home, with Bristol City next week, we’ve Reading and Peterborough here too. We can’t feel doubts, just complete faith in what we are doing, follow what the gaffer is saying and we can definitely get out of this.” 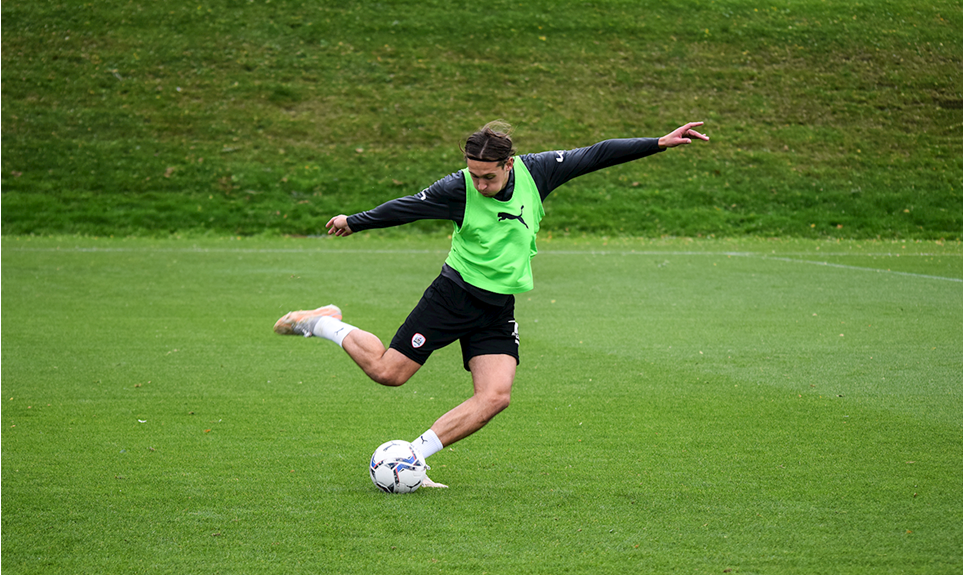 
The defender returns from suspension this week and he spoke ahead of our clash with Swansea City.