Poya Asbaghi spoke to the press ahead of our Sky Bet Championship clash with Stoke City.

ON INJURIES
“It will be the same squad as the last game. I was hoping that Aaron Leya Iseka could be back this week, but unfortunately, he had a bit of a reaction coming back, so it’s still not time for him to come back. We’ll have to see what happens.

“There are no new injuries.”

ON DERBY DEFEAT
“Of course, the disappointment after the game is always there, but now it’s been two days. Today, we don’t see any signs; we’re only thinking about the Stoke game. We have lost games before and we have had the ability to bounce back from even tougher situations, so I’m comfortable knowing we are good at bouncing back and hopefully we can do so for the game tomorrow.”

“So, that’s something we definitely have to improve.”

ON STOKE CITY FORM
“It’s one of those teams that everyone was expecting to be amongst the top teams fighting for a Premier League spot, but that just shows how difficult the Championship is.

“There are a lot of good teams and you can never take for granted, and even if Stoke haven’t performed like they’d want, they’re still a team filled with talent and a lot of individual skill that is amongst the best in the league.

“But, for sure, they have shown some weaknesses as well and we need to make sure that we can exploit them, even if we know it’s going to be a tough game.”

ON STOKE CITY GAME
“They’re a team that are comfortable and want to build the game from behind. Let’s see if they want to keep doing it in the same way they have done.

“Always, when a team is not getting the results they want, you have to expect a moment of surprise, maybe in the way they line-up and the approach they have, and some things they might change from the recent games they’ve had.

“They have a lot of good skilled passing players that we definitely have to be aware of – we have to be good in our defensive positions and not give them too much time. We have to expect that they will have the ball during this game, but we have to make sure that they have the ball in the spaces we want them to have it.”

You can watch Poya's press conference on iFollow Barnsley. 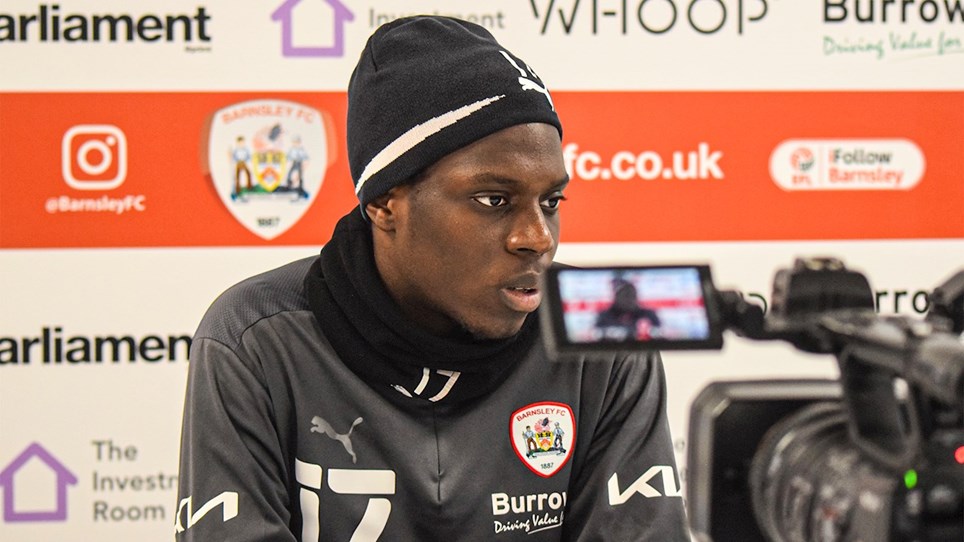