The Reds' Head Coach looks ahead to Saturday's clash with the Rams.

“Nothing new to report at the moment. Aaron Leya Iseka and Clarke Oduor are back in training but I can’t see either doing 90 minutes right now.

“But next week we will have these players with us and in contention.

“We will have to wait and see tomorrow, but I don’t think there’ll be many, if any changes.”

“Cauley's rehab is going well and I’ve faith that he can still contribute towards this season.

“But we must not have that pressure on him, even as our captain and leader. It takes time to get fit after an injury like that, but it would be wonderful to have him back in the squad, for sure.

“He’s desperate to be back and out there giving it his best for us. We all know how good he is. His record speaks for itself. But he’s a true professional too and a huge part of what we’re doing here, no matter what.” 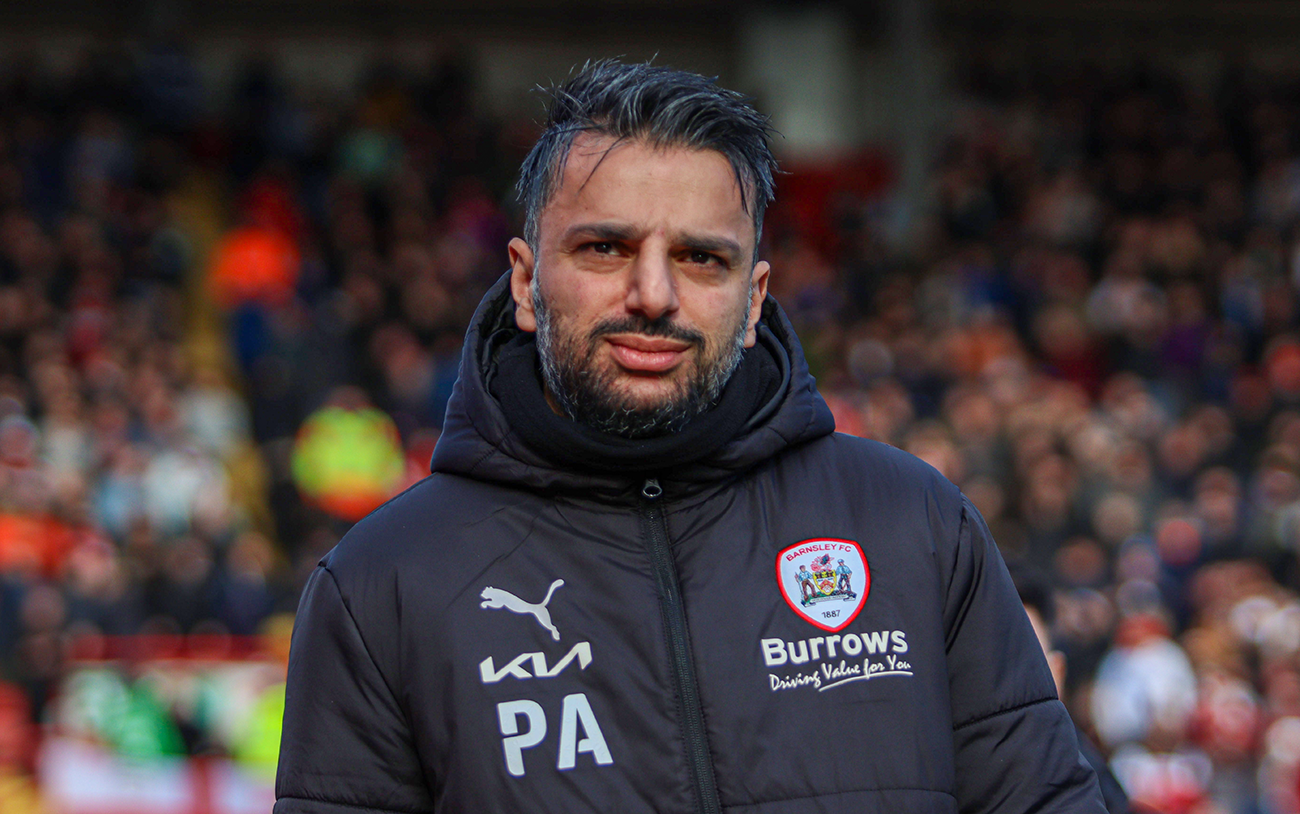 “We are team that has felt the pressure every day since I arrived. And that pressure will be there until the end of the season. But we’re handling it well.

“We can’t ride the emotional rollercoaster. If we get a positive result, we stay humble, and likewise, we can’t let negative results affect us either.

“I feel like we’re relaxed and focused on each game as they arrive, rather than any situation.”

“With their recent losses, maybe Derby are feeling that pressure now. Because before, they had no pressure. They were written off. Nobody expected much from them and they played without stress, they played free.

“But in recent weeks, it’s possibly started to creep in, that pressure.

“Give them 21 points back and they’re doing well in the circumstances. So we know their ability and know that - regardless of the last few games - it’s going to be a tough challenge.

“But I feel like we can approach this game in a good way tomorrow. They’re a good team, they’re comfortable in build-up, they have gifted individuals. Tom Lawrence is back and he’s a really good player.

“It’s a tough game, away from home in front of a lot of their fans. It’s a tough game but we feel it’s a good chance for us, and our intention is to go there and win another game.”

“We have a good shape right now, mentally the players are in a good place. Winning helps.

“We’ve played well enough in games that we ended up losing. That really affects you as a player because you start doubting things.

“But my players alongside the staff here have worked well together, trusting what we are trying to do. It’s an important part of the process for us.

“Our play in the forward areas has improved a lot in the last couple of games and now we’re seeing confidence from the team.”