Mads Andersen spoke to the press ahead of our first game of the new campaign at Plymouth Argyle this weekend.

ON PRE-SEASON
“I’m feeling ready – that’s the most important thing.

“We’ve had six weeks preparing for this game and I think everyone in the squad is fit and ready to play the game. I remember one training session when we were running for two hours and 20 minutes, but I think he’s brought in a lot of intensity and quality in terms of what he brings in training – exercises and communication.

“In games as well, he’s been pushing us and pushing us for the last six weeks with his assistant coach and staff, so I think it’s been a great pre-season and we’re ready to play on Saturday.”

ON SEASON GOALS
“What’s the aim? The aim is to win as many games as possible and see where that takes us. Hopefully we can make the fans proud and have a good season.

“It’s difficult to look into the future, but we will take it one game at a time and try to win as many as we can.”

Our Danish defender previews the season opener in Devon.

ON SQUAD
“Of course, good players went out, but also good players have come in and I think, overall, in the group we have good quality, and I’ve seen that in training and in games as well.

“I think we have a strong team and that’s the most important thing.”

“I believe in the squad that we have, and we can get a good result.”

ON CAPTAINCY
“It’s been an honour to wear the captain’s armband, so I’m very proud and happy for it. We’ll see who the captain is for the game, but if it’s me I’ll do the duty I have to do.

“It’s good for me; taking more responsibility and being the best that I can be.” 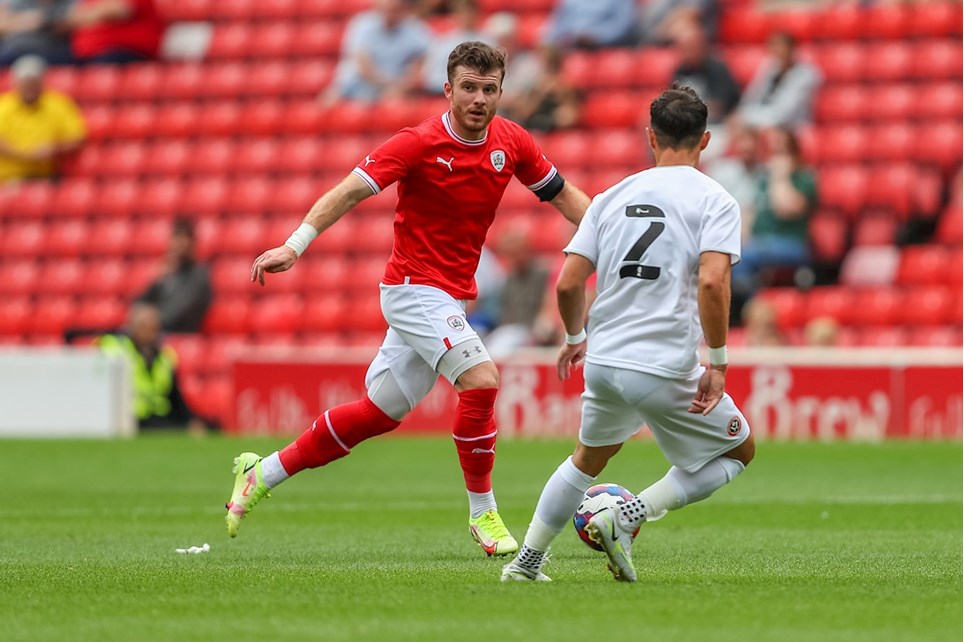 
Nicky Cadden spoke to the press ahead of our first home game of the season against Cheltenham Town on Saturday.