Fresh from making his Reds debut against Bournemouth at the weekend, Aiden Marsh spoke exclusively with iFollow Barnsley and expressed his delight at playing for his boyhood club.

The young striker replaced fellow academy graduate Matty Wolfe with little over 10 minutes to go as we searched for an equaliser, and it is a moment that will live with him forever.

“It was absolutely crazy,” smiled Marsh. “I was just warming up on the sideline, hoping I’d get my name called out, and when Ferran and the rest of the coaches called my name out, I just came sprinting back over, shirt straight on and I was just absolutely buzzing to get on.

“I’d been trying my best in training, working hard and doing the best I could, so I was giving myself a decent chance, and it just happened.”

He’d barely had time to muddy his boots as he dashed onto the hallowed turf to rapturous applause from three sides of Oakwell before almost pulling us level with his first touch in senior football.

A fizzing half-volley from 25-yards on that well-practiced left foot zipped towards the corner, only to be clawed away by Mark Travers in the Cherries goal, denying the 18-year-old a dream debut.

“I couldn’t believe it!” he admitted. “Aaron laid it off and I just thought: ‘you know what, I’m just gonna bang it’, caught it well and the keeper saved it. I’m gutted really; just wish it had gone in.

“They came to the front after the game and I gave them all a little hug. Everyone was buzzing. I think my mum was crying, so it nearly made me cry, to be fair. But it’s just an unbelievable feeling.”

This is hopefully the first of many first team appearances for the promising forward, who has excelled at academy level over the years – scooping our Academy Player of the Season award in 2019.

Injuries have hampered his senior opportunities over the past couple of campaigns – first featuring in a matchday squad against Queens Park Rangers back in December 2019 – but he is eager to have more involvement in the coming weeks and months.

“I want to be in the squad as much as I can, helping the team out wherever I can and hopefully start to chip away with a few goals and assists,” insisted Marsh.

After making his debut for his hometown club, the young forward spoke to iFollow Barnsley. 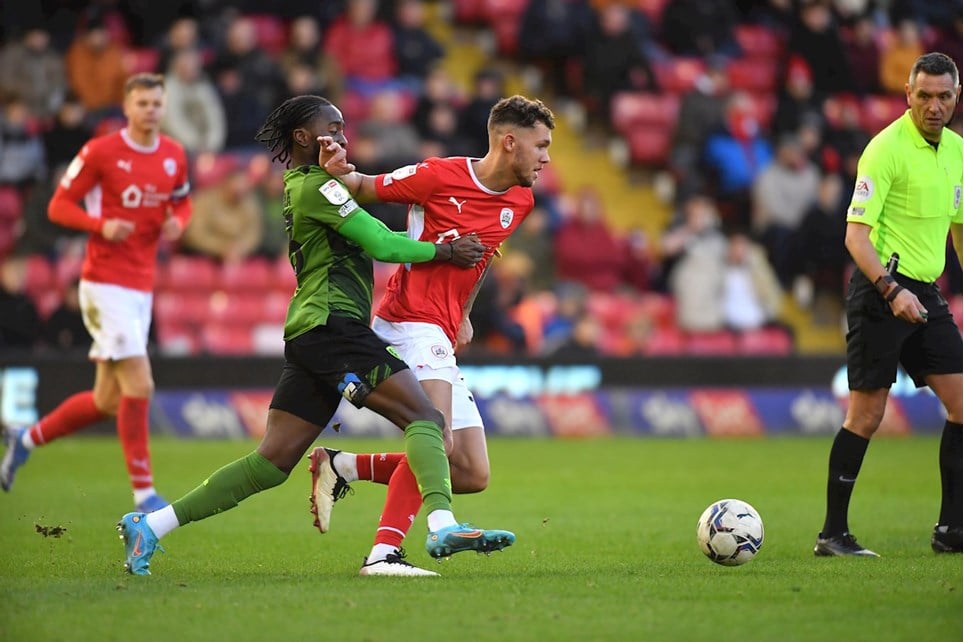