The forward helped preview Tuesday night's clash with the Hatters.

“It wasn’t nice to be honest. You hear about what it could be like, but I had a few bad days. I’m double vaccinated and boosted, but it shows it’s not to be messed with.

“I’m feeling okay since returning, but it’ll take time to build myself back up because it affects your muscles even after you’ve got over it.

“It’s been a frustrating time for me to be honest.”

“In my experience, when you’re down there, nothing goes for you.

“We’ve scored two late equalisers in the last two games, perfectly good goals, and we’ve had those taken off us, and they would have been huge for us.

“But that’s football, the dice aren’t rolling for us this season. But we can’t give in. It’s about having thick skin, standing tall and trying to fight your way through it.”

The forward looks ahead to our clash with the Hatters

“It’s the same as any game for me. I take every game as they come, regardless of who it is. I know what I can do, I know what we can do, we’ve done a lot of work on them and it’s about us delivering the gaffer’s game-plan tomorrow night.

“He and Ferran are great at finding the weaknesses of the opponent, but it’s a tough place to go, they’re doing well and so we’ll need to exploit the areas we’ve analysed and get a big three points.”

“A couple of back-to-back wins and it looks different. But that’s just my opinion. I’m going to work hard, galvanise the lads and keep positive.

“It’s not like teams are getting away from us. Good form is contagious, so we just need to get the ball rolling.

“It’s hurting people, I know the fans are gutted, but you have to put things into perspective. We can only get our heads down, stay as a team and hopefully our form turns for us.

“It’s hard when we are going over to clap them for backing us, and we’re losing game after game. But the fans just want to see us giving it everything, and I promise you we’ll do that until the very end.” 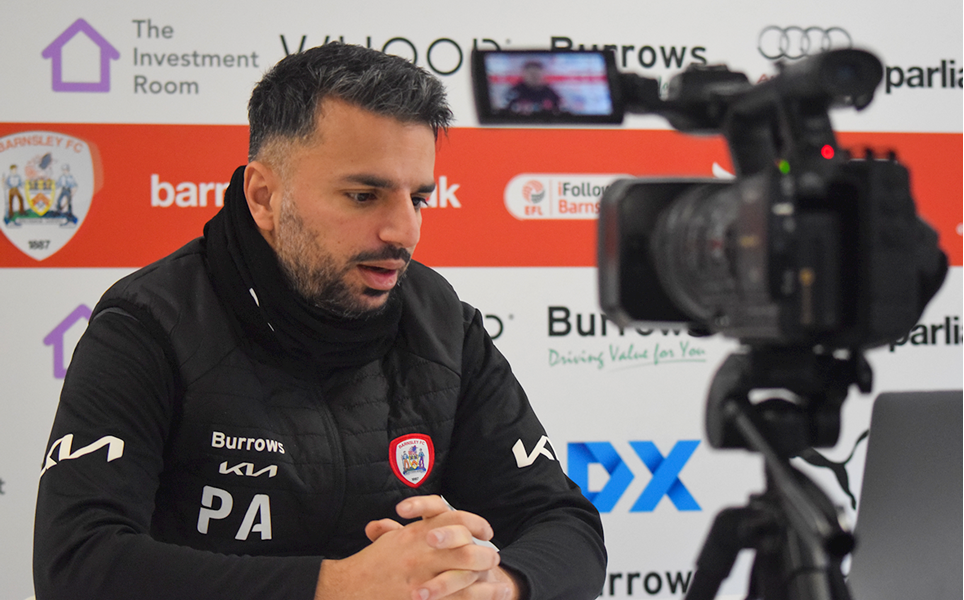 
Our head coach looked ahead to Tuesday evening's trip to Kenilworth Road.