Sitting atop Sky Bet League Two, the past seven-and-a-half months have been extremely productive for Jack Aitchison while on loan at Forest Green Rovers.

The Nailsworth-based side have embarked on a 19-game unbeaten run in the league, which has seen them stretch their lead at the summit to 11 points following a 1-1 draw with Sutton United on Saturday.

“I find it a little bit mad, to be fair, because I’ve not been involved in something like this before,” began Aitchison. “I think we’ve been top of the league since the first or second game of the season, which is quite impressive.

It was the second time in as many outings that Forest Green have come from behind to take something from the encounter, having done so against Rochdale last Tuesday evening. 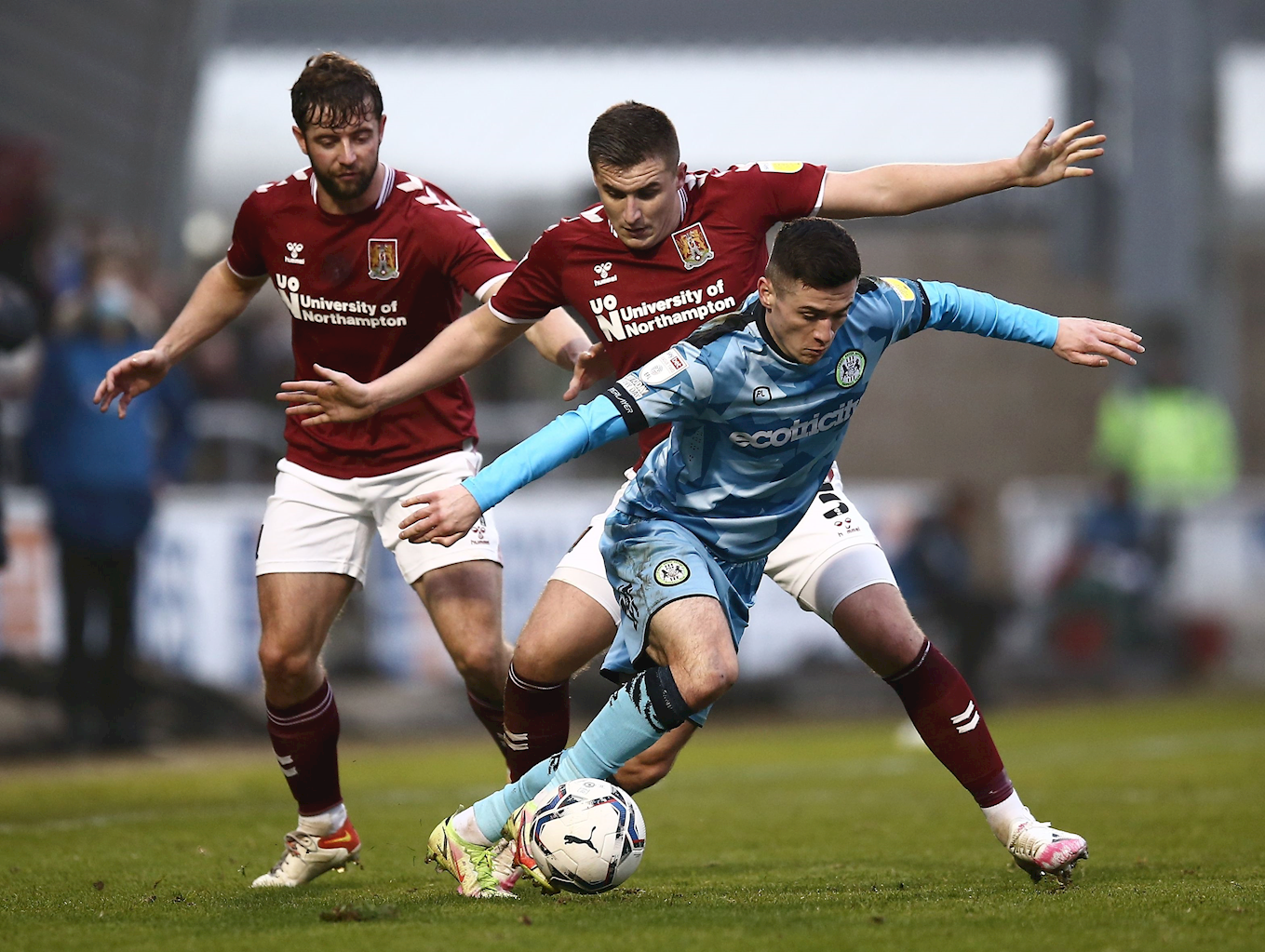 Our Scottish forward was on target in that 2-1 victory, netting the equalising goal before Matt Stevens’ late winner at the Fully Charged New Lawn.

Morale is high amongst the team, with plenty of belief that this extraordinary unbeaten run can continue for some time longer.

“You go into the games with full confidence, and you just think about what we want to do rather than the opposition, and that’s probably helped work,” asserted Aitchison.

“When you have two strikers who have got 30 or 40 goals between them, you’re quite confident that you’ll get a goal somewhere even if the game isn’t going the way you want it to.”

His strike against Rochdale was his sixth of the campaign, and it was a magnificent finish as he fired home into the bottom corner from 18-yards. 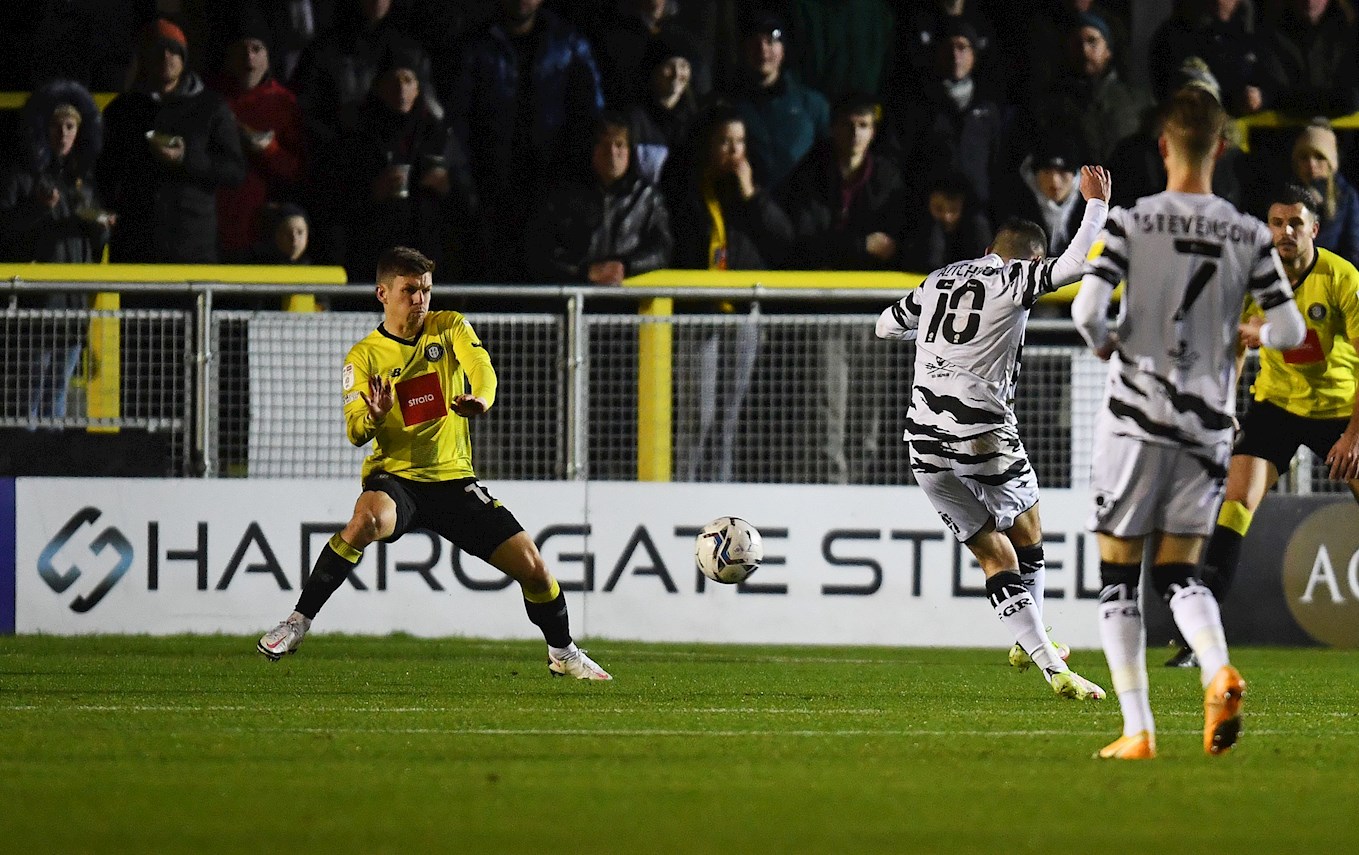 Operating just behind the strikers, the 21-year-old also has five assists to his name for the division’s runaway leaders, and he is hopeful of adding more to his tally before the season draws to a close.

“A lot of my goals are from inside the box, but this one was just outside, and I hit it first time,” recalled the Scot. “So, it’s quite nice to get a different kind of goal to what I’m used to, especially in the game and the time it was to make it 1-1 with the late comeback.

“It’s been a good season, personally – I could probably have more goals, but it’s something I’m working on. I feel like it’s quite a good role that I’m playing in in the number 10 position; I’m enjoying it and getting quite a lot of game time.

“I’m thankful for the gaffer and coaching staff that they’ve trusted me, put me in quite a lot this season and I’m enjoying it. 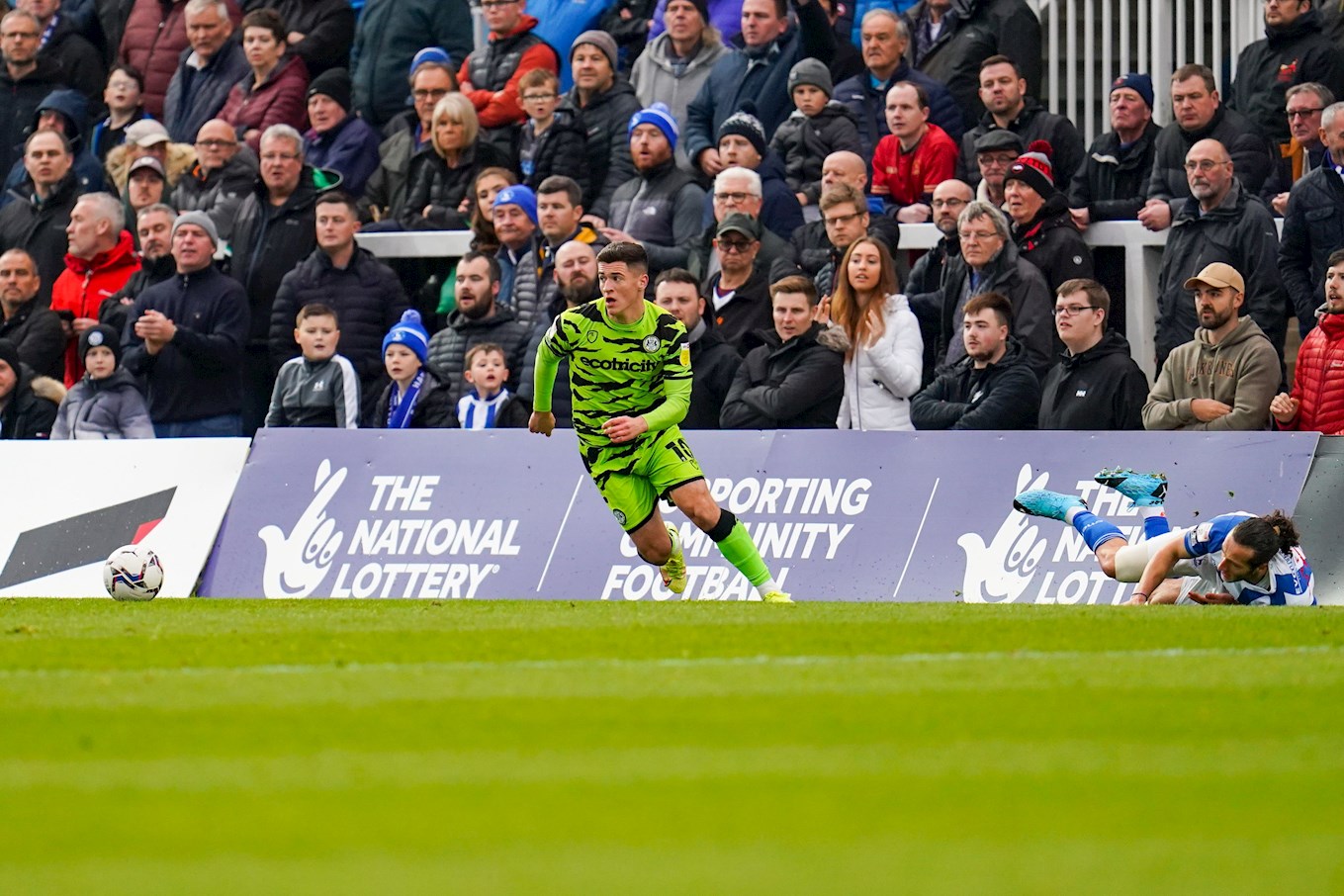 Under the guidance of former Barnsley defender Rob Edwards, Aitchison has made 37 appearances in all competitions – a career high for the forward, who continues to impress week in, week out.

He speaks highly of his current manager, insisting that the togetherness within the group is one of the main factors behind their success.

“He’s good,” praised Aitchison. “Since the first day I went in for pre-season, I could tell it was going to be a decent season under him and Richie Kyle, his assistant. They work quite well together, and it rubs off on the team, and they’re both great guys as well.

“Sometimes, you can feel quite distant from a manager, but everyone is together, and it probably shows on the pitch with the bond we’ve got between the players and coaching staff.

“I’ve not been involved in such a dominant season before. Obviously, there’s quite a lot of games left still, so I’m just hoping we can get automatic promotion, which would just be really good and it’s something that you look to in your career – winning titles.

“Being young still, it’s very good and it will stand me in good stead for coming back to Barnsley. I’m always learning and improving, and I feel like I’ve done a lot of that since coming here. Hopefully, next season I can come in and play a part and hopefully be trusted.”