The young Reds, currently second in the northern division, head to the capital to face the runaway southern leaders in what is set to be their sternest examination of the campaign so far.

However, Tom Harban wants his side to go there and show their own credentials and demonstrate why they are enjoying such a successful season.

“I’m confident, I always am in these lads,” insisted our U18s coach.

“They’re the standout team in the southern division. We’ve watched a few games back now and they’ve got some really good technical players – pace, power – and score a lot of goals. I think we’re the second highest and they’re the highest scorers out of the two leagues combined, so we’re expecting a tough test. 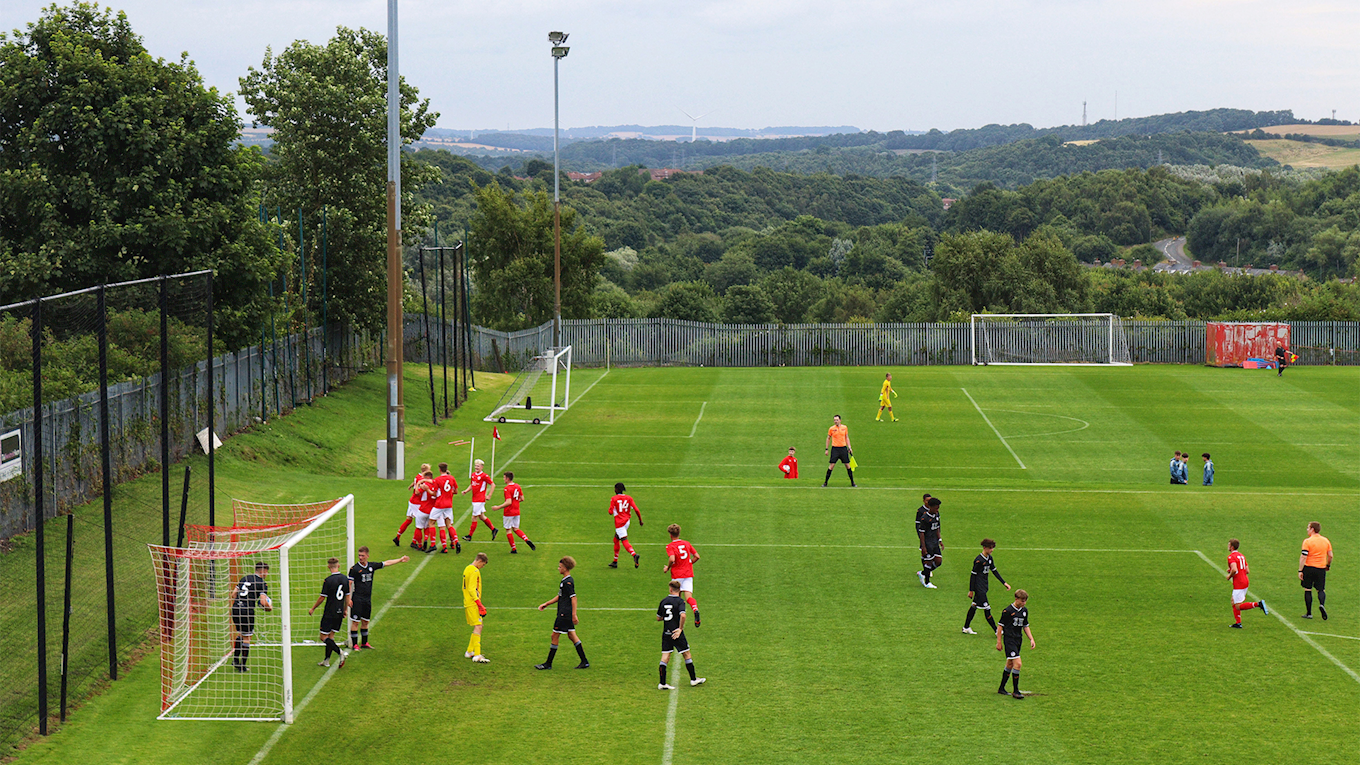 “We’ll approach it in the same way that we approach every game; we want to put teams on the back foot as much as we can, we want to be aggressive in our play. We might have to tweak a few certain things that we do to try and combat them.

“We’ll go and show them a certain amount of respect, but we want to show Charlton how good we are as well, so we’re going down there to compete, be aggressive against them and hopefully we’ll come away with the win and progress.”

In order to advance to the final four, Barnsley must nullify the threat of Addicks striker Daniel Kanu, who is their top goal scorer with 26 to his name so far in all competitions this season.

The young forward recently signed his first professional contract with Charlton at the start of this month before making his senior debut in a 2-1 defeat at Wigan Athletic last weekend.

“Our defensive record has been quite good, if you take away the first two games of the season and the last game against Crewe,” discussed Harban. “We spoke a lot this week about getting back to basics in terms of defending the box and defending the goal to make it difficult for teams to have opportunities against us. 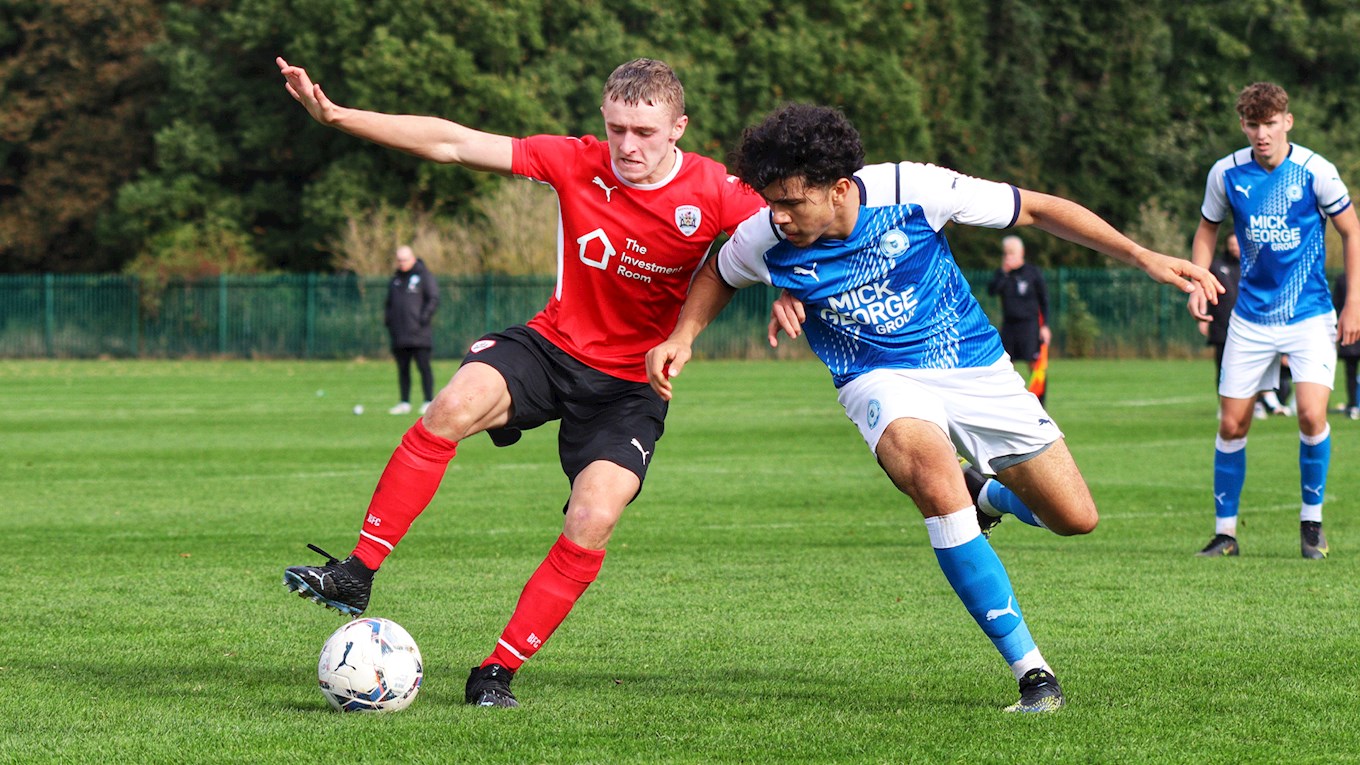 “We spoke a lot this week about how we can be better defensively, and it was just around the basics – marking in the box, concentrating on clearances, blocking shots, being really tough to beat and stopping any sort of shot going on our goal if we can.

“Crewe was just frustrating in terms that they only had six shots on goal and scored five, and we had 16 on target with 34 efforts, so it was disappointing not to win the game, but in that game, there was some really positive stuff, and the main one was that we saw some real resilience when we went behind with two minutes to go.

“The lads stuck in there and managed not to get beat in the game, and that’s a real positive, but we have to work and be better defensively not just going into Saturday, but for the rest of the season.”

While the onus is to remain solid and compact as a defensive unit heading into this clash, our youngsters’ vibrant attacking displays have seen them plunder 46 goals in all competitions this term.

It’s a magnificent return, and confidence should be high within the squad to go and play their natural game against a side that, despite their lofty league position, isn’t particularly watertight at the back.

“I think that comes because of how open they are; they take a lot of risks,” continued Harban. “When they haven’t got the ball, they want to leave bodies up the pitch on transition, so that means we have to be even better with the ball when we’ve got it and cut out opportunities for them to counter-attack. 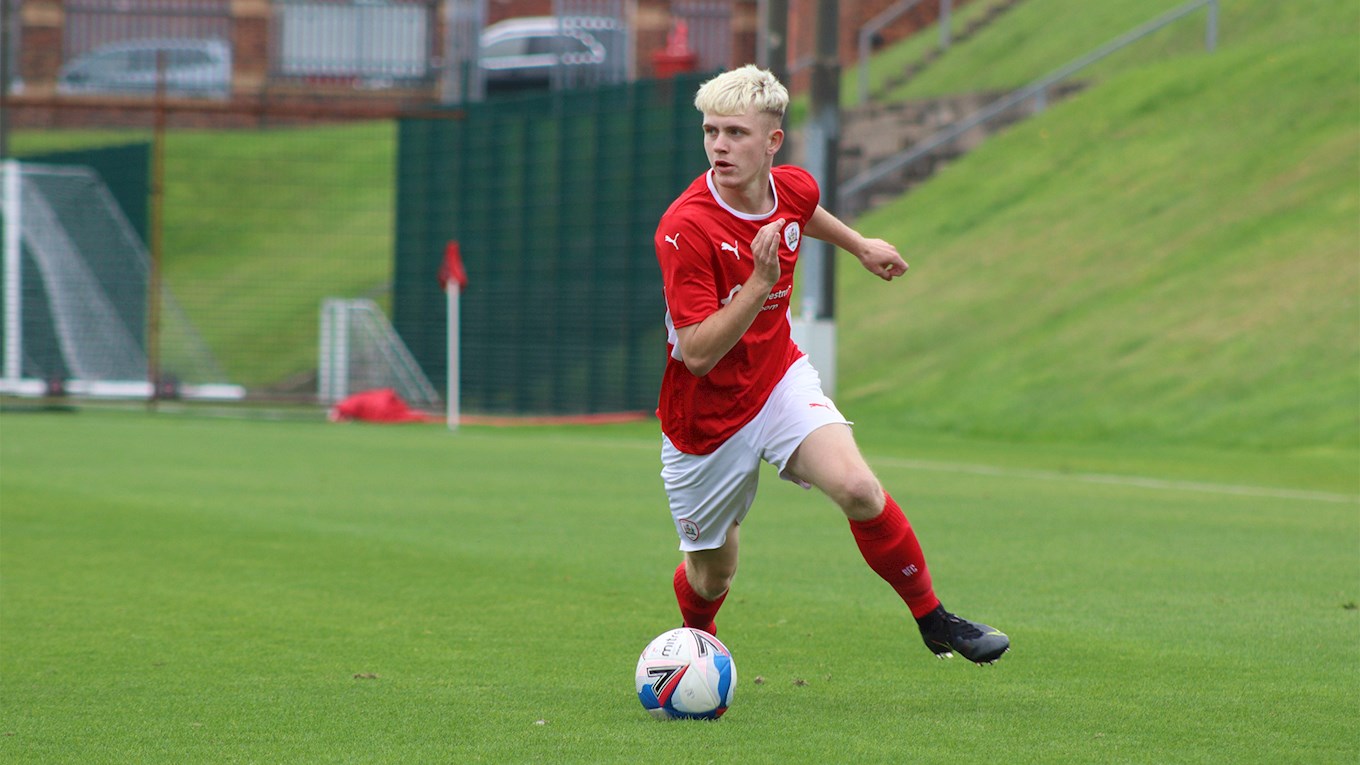 “But with that, they’re three bodies less in terms of defending, so hopefully we can capitalise on that and create chances and score ourselves.”

Success in this tournament probably wasn’t on the cards at the start of the campaign, with all eyes on improving on last season’s wonderful league standing that saw our U18s break the club’s record point tally for that age group.

However, now we are down to the so-called nitty-gritty, the young Reds are targeting another triumph – not just to seal safe passage to the semi-finals, but to continue their own upward trajectory.

“That’s definitely in the lads’ heads,” asserted Harban. “They want to progress and get to the final. It’s the first time we’ve been in the competition.

“I keep saying to the lads, every game we play, we’ve had a decent bout of momentum going from game to game – even when we’ve had a set-back, our reaction has been good in terms of performance and results.

“So, we want to progress, we want to win and hopefully keep the momentum going in terms of the season and progress in both competitions.”