Martin Devaney spoke to the local press ahead of our clash with Blackpool on Tuesday evening.

ON INTERIM HEAD COACH ROLE
“The last 24 hours have been manic. It’s always disappointing to see a colleague lose his job, but I’ve been given the responsibility now for the next three games and I’m looking forward to it.

“There’s no expectations, it’s just about trying to perform to the best of our abilities and trying to make sure that the team are fully prepared and organised and, myself, in terms of trying to deliver results in some form.

“I know it’s been difficult this season, but we’ll be doing our best to perform at a high standard and try to win.”

ON SEASON
“It’s difficult, it’s frustrating – it’s not been nice. Certainly, the last few weeks and, obviously, on Friday with the confirmation that we’ve been relegated. But I think in the summer there’ll be a lot of meeting and planning and making sure that next season we’re a force to be reckoned with.”

ON HEAD COACH VACANCY
“I’m just concentrating on the here and now. It’s a football club that I love; it’s a club that I had six great years playing as a player, even more as a coach. I can confidently say that I’m a Barnsley boy now and the fans appreciate that.

“I’ve done many roles in the academy and worked my way up. I’m fully prepared for this opportunity, I’ve worked towards it and, now I’ve got the opportunity, I’m going to grab it with both hands and, most importantly, enjoy the experience.

“There’s no pressure on me, and I’ve relayed that to the players. Yes, I want more endeavour and more work rate, but there’s certainly no pressure on us.”

Our interim Head Coach looks ahead to Tuesday's match with Blackpool

ON FINAL FEW GAMES
“I want them to put a bit of pride back into the club, really. Make sure that everyone is at 100% and making sure that the desire is there, the commitment is there and the mentality to win football games.

“They’re all on show and playing for their futures, so I’m trying to give back a bit more to the club for the next few games.”

“I know what a Barnsley team looks like, and that’s certainly teams coming here, and we make it a very difficult place to come and try to win, and that will be expected of them tomorrow. 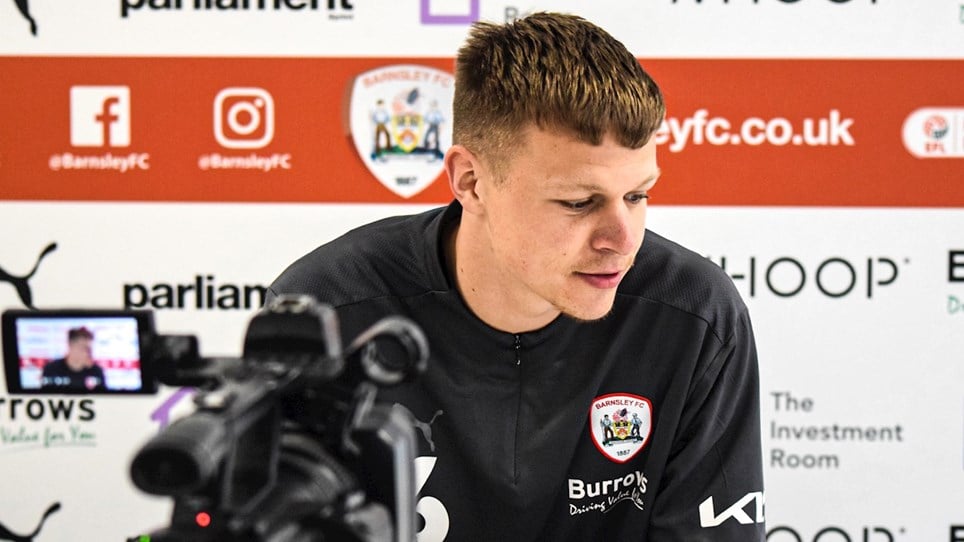