The North Stand will now be known as the Barry Murphy Stand after being unveiled ahead of our Sky Bet Championship clash with Reading on Saturday 2 April 2022.

After arriving at Oakwell 1962, the iconic full-back went onto make 569 appearances in a 16-year career, representing only the Reds during that time.

He has also made the most consecutive appearances and was the first Barnsley player to be brought on as a substitute in October 1965.

Inducted into the Club’s inaugural Hall of Fame in 2018, Murphy was part of the Reds side that won promotion from the Fourth Division in 1968.

Barnsley FC Chief Executive Officer, Khaled El-Ahmad said: “As we recognise our Alumni on this special day, it is fitting that we pay tribute to arguably our most legendary player – a man who has represented this great Club more than anyone else, and who continues to remain such an important part of the matchday experience here at Oakwell.

“There are many incredible individuals who we could have acknowledged with this kind of recognition, but I am sure everyone will agree that Barry Murphy is fully deserving of this honour.

“He is quite possibly the most positive, upbeat person I have met during my time at Barnsley and his legacy here is indelible. The renaming of the Barry Murphy Stand ensures it will live on forever.”

Over the coming months, season ticket holders will be given the opportunity to vote on a new name for the South Stand. Details of how to vote and the initial nominees will follow in due course. 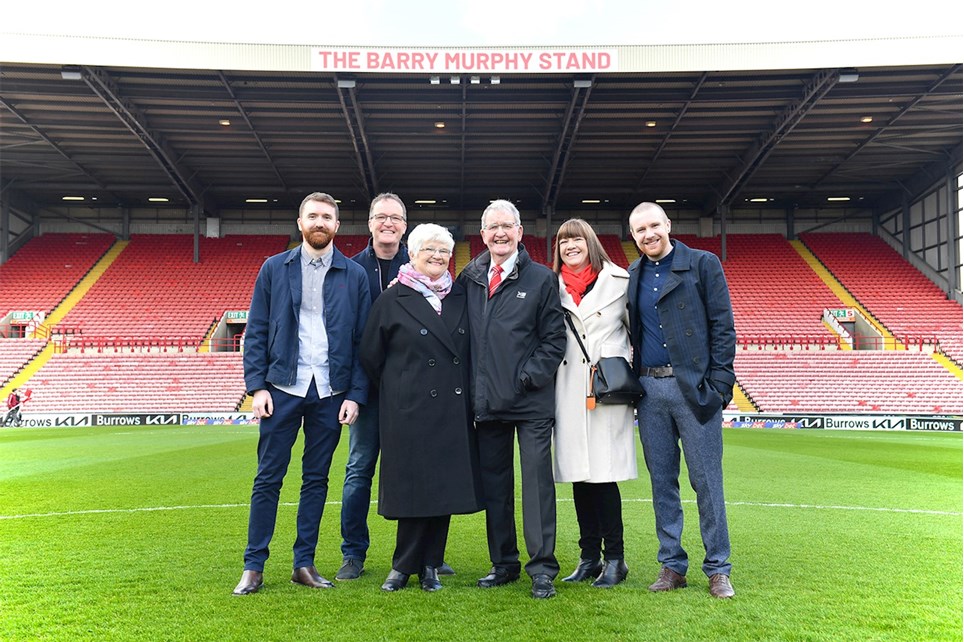 
Before our most recent fixture, we paid tribute to a club legend in the most fitting manner.