Following a whirlwind start to life in Barnsley, Will Hondermarck has settled in well at Oakwell after being a surprise inclusion amongst the substitutes at Bournemouth having only recently signed for the club.

The 20-year-old then went on to make his Reds debut as we claimed a hard-fought 1-1 draw at Stoke City, before getting his first run out in front of the home faithful when he replaced Toby Sibbick at half-time against Blackburn Rovers.

It’s been quite the trajectory for Hondermarck, who arrived in South Yorkshire on trial with our U23s a few weeks ago but has since gone onto impress Markus Schopp in first team training sessions.

“It’s been very, very crazy,” admitted the midfielder. “It’s been a crazy journey, the last month even though it’s gone quite well for me.

“I came in on trial for the under 23s, so I came in for just over a week and played a friendly against Sheffield Wednesday. After that, I got positive news that the club wanted to move forward.

“Everything is dropping at the same time, but a part of that is also you – you have to be ready. Sometimes you can come in and everything is fixed for you, like a smooth transition from the under 23s to the first team, to then getting on the bench and getting a couple of minutes then a full half.”

Born in France and raised in the Republic of Ireland, Hondermarck has performed well when called upon this season and demonstrated the attributes that make him such a promising young talent.

His passing range is clear for all to see, while he is powerful when driving forward with the ball and has already struck up a relationship with fellow French speaker, Claudio Gomes, at the heart of midfield.

“It’s been very weird for me because, the whole time, I’ve only spoken French at home – it’s always been English,” discussed Hondermarck. “Even at Norwich, we had one Belgian guy who could speak French with me, but here we’ve got Claudio, Aaron, Obbi – four or five guys in the first team who I can speak French with.

“It’s very nice that, as much as we speak English, having that group where we can speak our home language is very nice for all of us. 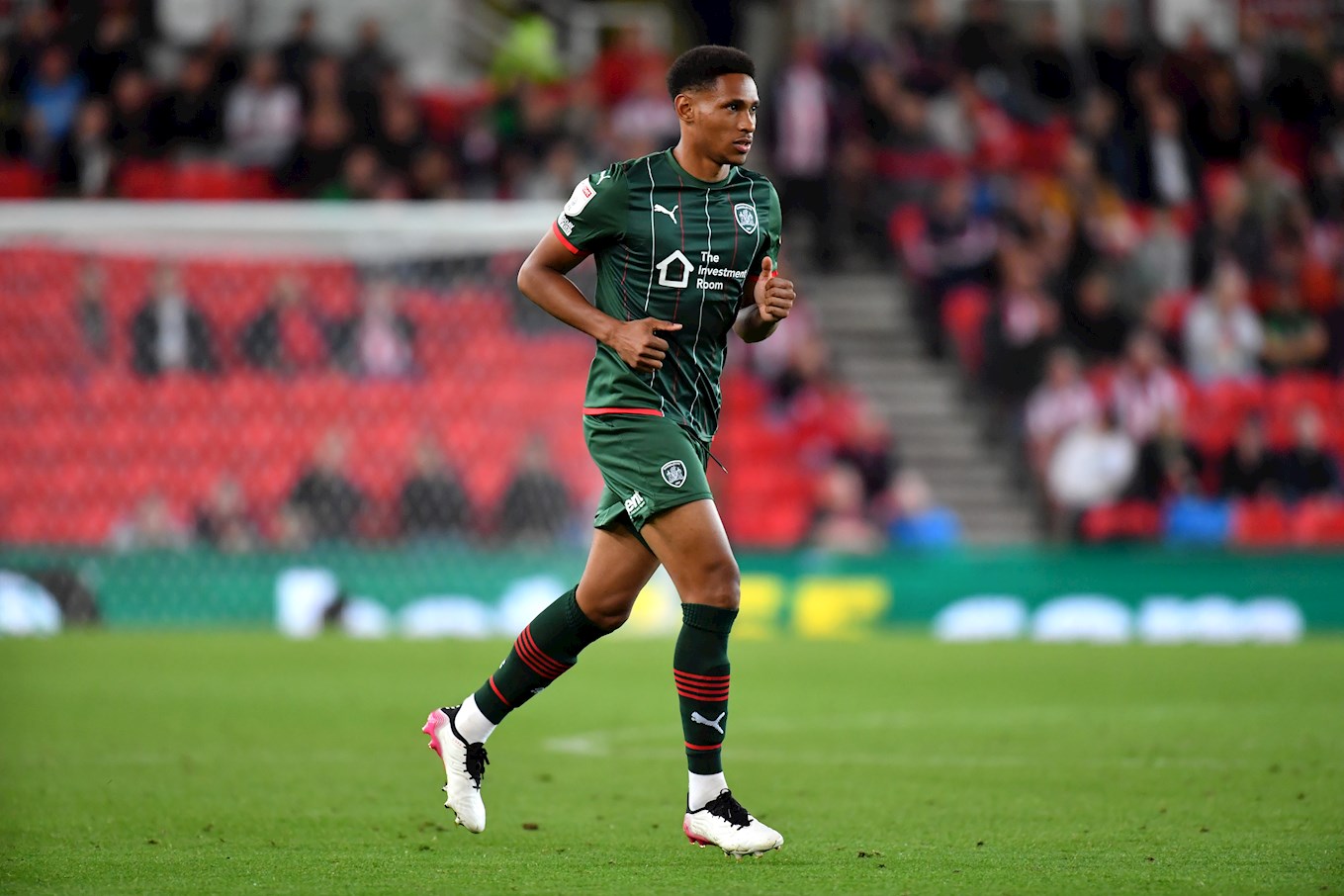 After being released by Norwich City at the end of the 20/21 campaign, Hondermarck had a trial with Notts County before signing for the Reds.

He spent time on loan with Harrogate Town last season, but this is the first time he has played in front of a raucous crowd in England, and he is relishing the experience.

“Personally, I don’t really feel any pressure from the fans because, when I’m playing, I’m still focused on my game,” said our midfielder. “But it’s still impressive to come on in front of 13 or 15,000 in both games, when you get that push from the crowd and feel it for the first time, it’s quite impressive.”

With Barnsley making a solid start to the new term and averaging a point a game so far, Hondermarck is eager to continue his own personal development as well as helping the Reds progress on the pitch.

He is enjoying working under Schopp and believes he is well-suited to the style of play implemented by our Head Coach.

“Markus and the whole staff have been very good; they haven’t put immense pressure on me,” he continued. “They’ve just told me to play my game, given me some good instructions and have been there to guide me through it.

“Any questions that I’ve had, they’ve been there for me. I haven’t felt any pressure coming into the squad, especially in such rapid time, so they’ve been very good to me.

“I want to continue on the path that I’m on now and just get as far with the first team as I possibly can, get some more minutes and really become an established member as soon as possible.

“Time will tell, but I want to get my head down and do as much as I can with the first team.

“It’s very exciting, especially with the young squad that we have; there’s not many players who are over 25. So, it’s very young and very exciting with high ambitions, and it’s a good place to be, right now.”