As he edges ever-closer to a first team return, we caught up with our Danish defender to see how his rehab was coming along.

It's been a frustrating time for Mads Andersen. Suffering a freak injury at the start of pre-season, damaging his MCL (medial collateral ligament), the 23-year-old central defender has played no part in the new campaign so far, after last season becoming a shoe-in as part of the Reds' backline.

But back on the training ground for the last couple of weeks, albeit training alone with no contact at this stage, the always-smiling Dane tells us he's doing all that he can to return in good shape.

“My recovery at the minute is going very well!" Andersen declared, grinning. "I’ve had two great training sessions this week, where we focused a little bit more on my hamstrings. And that actually helped a lot with my MCL.

“I’m not putting any timescale on anything, I’m just taking it one day at a time.

“But obviously, I hope I’m able to return as soon as possible. It’s my first real injury like this and I’m doing whatever it takes to recover in the right way.

“It’s been very frustrating, but that’s how it is. It’s been a new challenge for me that I’m learning from.”

Whilst it's not been ideal for Mads to have to sit things out for the last three months, he's still been in and around the club, he attends the games and believes there's a positive atmosphere right now, even if results aren't quite matching the high standards set last term.

“There were a lot of changes throughout the summer, which is a challenge in itself.

“We had lots of people in and out, and then there’s a lot of time spent getting to know each other, especially with the new coach. But I see things improving in that respect all the time.

“Based on what I see in training and then supporting the lads from the stands, I think we can expect good things from our team this year but it’s going to take time I feel.” 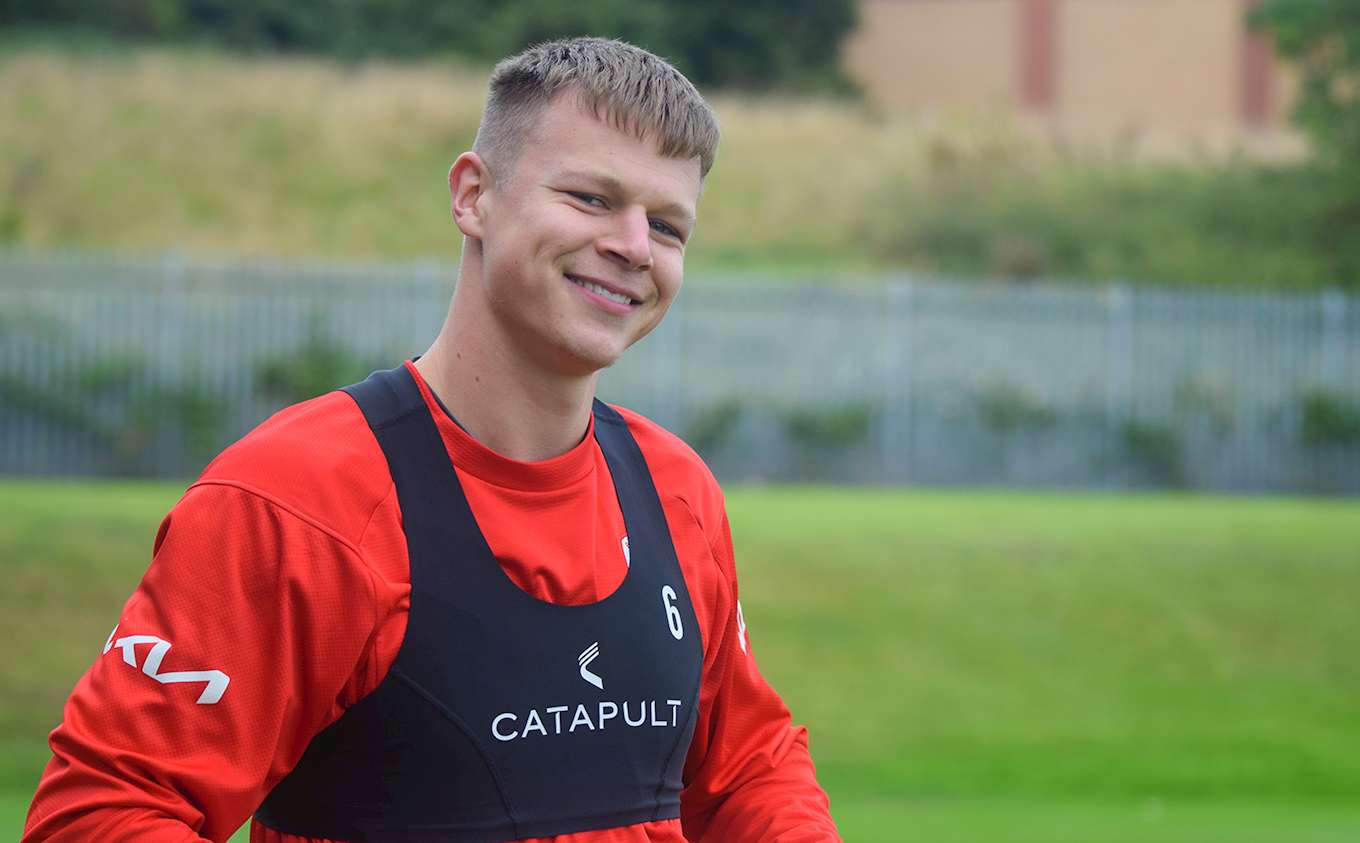 Known for his sunny outlook on life, Andersen loves a good social media quote and delves into plenty of inspirational books, always searching for new ways to better himself as a human being.

He's recently taken up daily breathing exercises, which he assures us, has him feeling happier in himself. Which is hard to accept, considering you're unlikely to meet a more positive individual!

“I do breathing exercises for 15 minutes every morning." Mads explained.

“It’s been really good for me. It’s a great way to start the day, and I think I get more awareness, more consciousness. I feel more present.

One thing that would certainly improve Andersen's mood would be international recognition. Like many of us this summer, Mads watched EURO 2020 and particularly enjoyed Denmark's run to the semi-finals, eventually beaten by England after extra time.

His goal remains - to do enough for the Reds to earn a spot in the national team.

“Seeing them do so well in a big tournament like that was great, and they’re a really strong team with top players. I think we should have won it though! I ignored the lads' banter when England beat us!

“But it’s made me more hungry, to see how I can get to that level, to one day try and be a part of that team. That’s my dream. It’s something I want to accomplish but it will only come around if I work hard every day for my club here in Barnsley.”