Following our defeat in the South Yorkshire derby on Sunday afternoon, Markus Schopp expressed his disappointment as costly errors saw Barnsley concede two goals early in the second half.

A decisive third eventually followed before we made a late rally, and our Head Coach praised supporters for their vocal backing to help the Reds keep pushing until the final whistle.

“I think the reaction was great, but it came from a situation that never should have come,” began Schopp. “I saw from the beginning two teams that were a bit scared – a bit careful – nothing special in the first half, and it’s always the same in games like this; the team that makes the first mistake starts struggling.

“We made two errors in a couple of minutes and were 2-0 down. The reason why we came back was the crowd, how they helped us in a really hard moment.

“In a derby, 3-0 down with 20 minutes to play, and they didn’t stop supporting us, so we came back. We had a couple more chances, but this is something that we are in right now.”

Devante Cole bagged the first goal of his second spell at Oakwell, while Aaron Leya Iseka opened his account in England as the spirited Reds set-up a tense finale.

Despite not being able to find that elusive equaliser, we rediscovered our scoring touch, which can only provide confidence heading into the clash with Bristol City next weekend.

“It’s important that we started scoring, especially with two guys who are adapting and starting to help us much more,” continued Schopp. “For them, it’s a good thing and good to know that they scored.

“For strikers, it’s always important to score, to create chances and what I saw, especially in the last 20 minutes, is a team that wanted to get in the box, wanted to get crosses and wanted to finish.

“That’s something that we have been talking about for a couple of weeks, that this is something we have been missing. So, we got two goals out of this and this should help them and show them this is how we can turn this in the right direction.”

You can watch Markus’ post-match reaction on iFollow Barnsley. 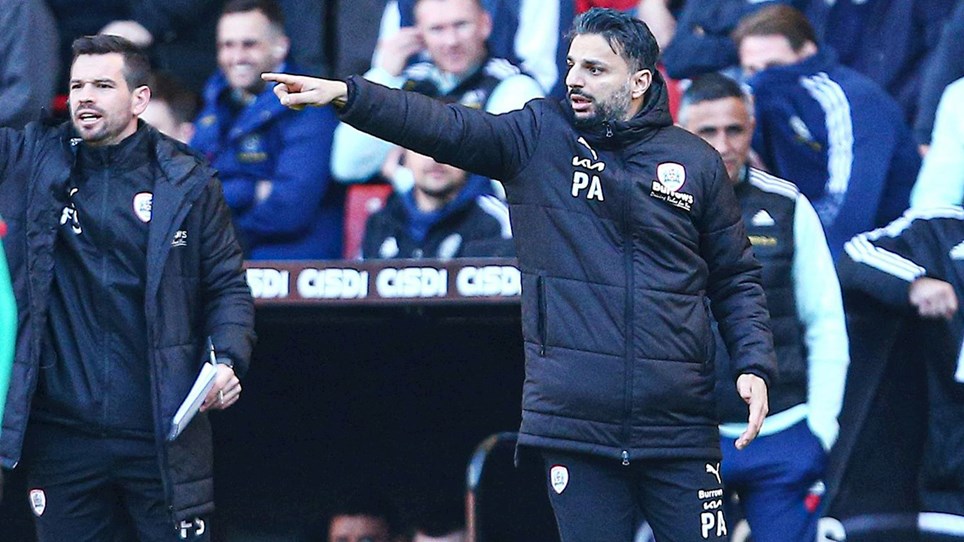 
Speaking after our 2-0 defeat against Sheffield United on Saturday afternoon, Poya Asbaghi believes Barnsley were the better team until conceding the opening goal.