A second half John Swift strike was enough to consign the Reds to defeat in Berkshire on Saturday afternoon.

One of the division's in-form midfielders, Swift’s second half opener was all that separated the two sides, with each team having good spells throughout the encounter, but the home side left the Select Car Leasing Stadium with maximum points this afternoon.

The opening stages of the game were even, with both sides having joy out wide. First of all, former Reds defender Andy Yiadom found space for a cross, but the ball didn’t find a shirt in blue and white and was cleared by the Reds.

Shortly after, in the eighth minute, neat play by Callum Brittain and Victor Adeboyejo on the right-hand side won the Reds their own corner. A well-worked routine found Brittain on the edge of the box, but his shot was blocked.

More good work from Yiadom on the Royals flank won the home side a corner, but the Barnsley defence held strong and cleared.

Markus Schopp's side grew into the half and were the dominant side for large spells, playing some wonderful first-time football, without necessarily gaining their reward.

Tenacious in midfield, Claudio Gomes won possession back for the Reds in the centre of the park on 23 minutes, driving at the Royals defence, however the Frenchman’s shot was held well by ‘keeper Luke Southwood.

In the 27th minute Reading had the ball in the back of the net, but thankfully for the Reds the linesman raised his flag as Tom Dele-Bashiru was adjudged to be offside.

The disallowed goal provided a lift for the home crowd, and Reading began to enjoy increased possession of the ball. But they didn't threaten, as the Reds continued to look more likely in their own forages forward.

Cauley Woodrow won a free-kick for Barnsley after some good work on the edge of the area. His resulting free-kick went under the Reading wall and required some good work by Southwood to save the effort low to his left.

Reading had the chance to muster up one more attempt before the break, with Scott Dann heading powerfully from a Royals corner, but a smart stop from Collins prevented Veljko Paunovic’s side going into the break with a lead.

The Reds were quick off the blocks in the second half and controlled possession in the opening exchanges.

Aaron Leya-Iseka found himself on the left-hand side and had opportunity to cross the ball. His delivery was too high for Woodrow, but found Brittain at the back stick. On the volley, the wing-back rifled an effort on goal from close range, but unfortunately for the Reds the ball cannoned off the post.

The visitors continued with their bright start, with Woodrow and Adeboyejo linking up well to create a chance for the latter, but Southwood was equal to it, saving well at his near post.

Both managers turned to their benches shortly after the hour-mark. George Puscas was replaced by Femi Azeez, and Markus Schopp introduced Clarke Oduor, the Kenyan international replacing the ever-willing Leya Iseka.

Shortly after his introduction, Azeez found himself through on goal after a slide-rule pass split the Reds defence. However, a great recovering block from Michał Helik prevented an almost guaranteed goal for the Royals.

Reading were beginning to turn the screw, as Collins pulled off an incredible stop from Baba Rahman’s 25-yard effort, which took a nick off Toby Sibbick, making the fingertip save even more impressive.

There was an appearance for Will Hondermarck who replaced the injured Romal Palmer, but the Reds couldn’t regain any dominance.

The home side’s pressure finally paid off on 77 minutes as Swift found a way through on the left flank before rounding Collins and slamming in from six-yards.

In response, Devante Cole was introduced to the action to replace Brittain as the Reds pushed for an equaliser, winning several corners, but the Royals defence held strong.

In the final minutes of the game, Woodrow found himself with space on the right-hand side and delivered a teasing aerial cross, which came agonisingly close to being met by Cole only for Southwood to claim.

The fourth official raised his board signifying there were to be three additional minutes, but no matter how hard the Reds tried to break down the Royals defence, the home side remained resolute and saw out the one-goal lead. 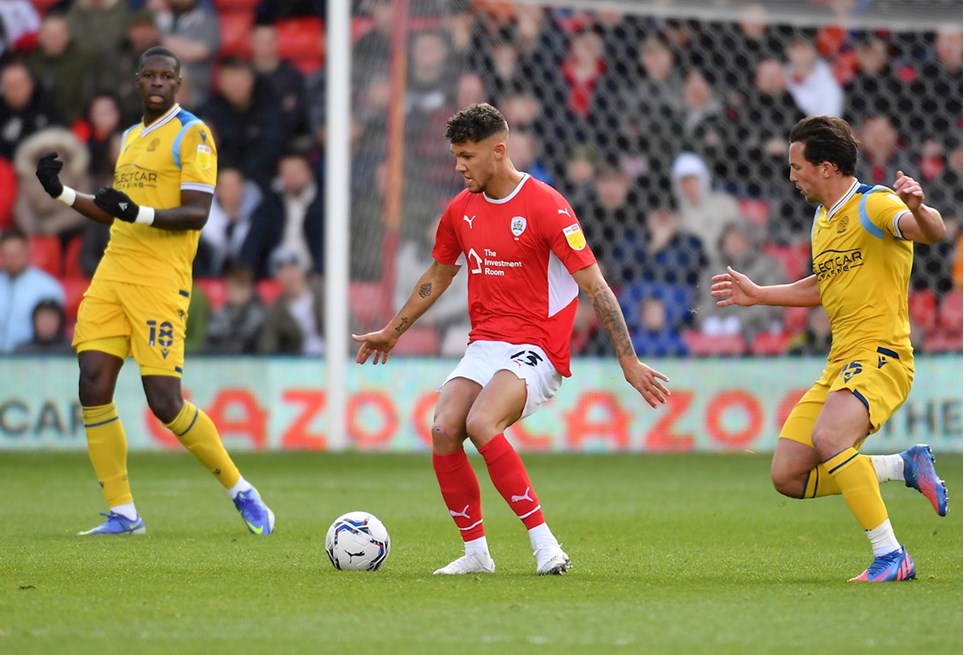