Fresh from making his return to action last weekend, Luke Thomas made an immediate impact with two assists as Bristol Rovers eased to a crucial 3-0 victory over Carlisle United in Sky Bet League Two.

The forward, currently on loan at the Memorial Ground, then notched his first goal of the campaign in a 2-1 defeat against Chelsea U21s in the Football League Trophy on Wednesday evening.

It was a productive few days for Thomas, who is hoping to rediscover his best form this term and reach the levels that he knows he is capable of.

“I was out injured for a couple of weeks, which – it probably sounds stupid to say – probably came at the perfect time for me,” began the 22-year-old. “It gave me chance to work on myself a little bit, on and off the pitch, and I was itching to come back and what a way to come back on Saturday.

“It was a good team performance and I was just buzzing that I could play my part a little bit.

“Then we played Chelsea under 21s in the Papa John’s Trophy. I’ve not started for quite a while through injury, so it was good to get a start.

“I managed to score my first goal, which was a nice feeling to get because it’s always in the back of your mind whether you’re going to get one. So, I’m happy with that and hopefully it’s the first of many and I can add a few more to my chart.”

It has been a hit and miss start to the season for Rovers, who are struggling for consistency following their relegation from League One last term.

The Gas are currently 16th following their latest victory and, such is the compactness of the division, are only four points outside the play-off places. 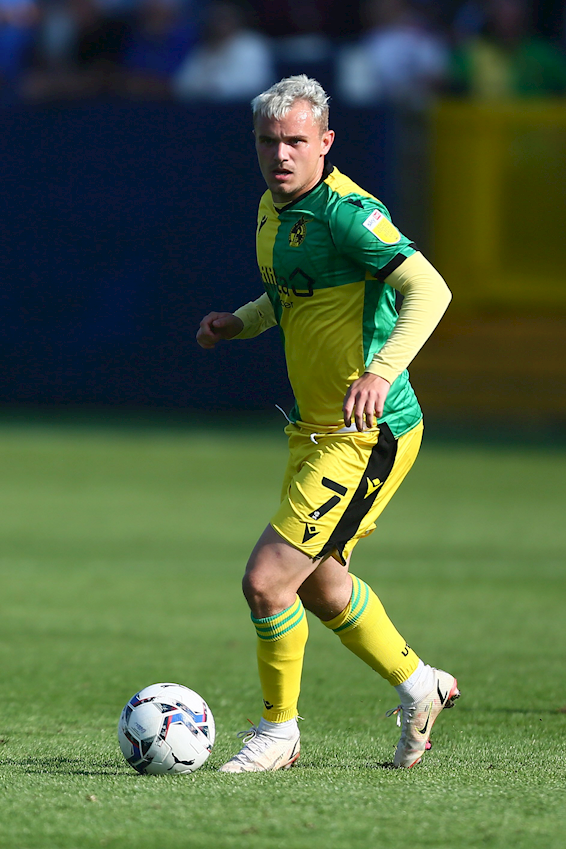 “We’re not a million miles away from where we want to be but there’s a lot of hard work to do to get to where we want to be, but that’s the beauty of League Two – anyone can beat anyone and it shows with the table that one win can put you right back in the mix or a couple of losses can put you straight back down there,” continued Thomas.

“Hopefully we can start to kick on and start winning two or three on the bounce and push up towards the top of the table.”

Overall, it is proving to be a beneficial loan move for our talented forward, who has had the opportunity to move closer to his loved ones following his own personal struggles.

He has put that difficult spell behind him, however, and is concentrating on his football and is eager to hit the heights that prompted Barnsley to prise him away from Coventry City in 2019.

“It was a difficult start for me on and off the pitch,” admitted Thomas. “I think that was well documented in the press and stuff, but over the last couple of months I’ve just got my head down and worked hard.

“Obviously, I love being back at home with my family and spending a lot more time with them and I feel like I’m in a really good place at the moment.

“I’ve only been back for a couple of games, but I’ve shown everyone what I can do when I’m enjoying life on and off the pitch and, hopefully, I can keep it up and keep going.

“But it’s massive for me to make sure I’m happy off the pitch to show people what I can do and bring out the best of Luke Thomas.

“At this moment in time, I’m in a really good place and long may it continue.”