Barnsley suffered an agonising late defeat at home to Millwall in the Sky Bet Championship on Saturday afternoon.

Murray Wallace’s late header was all that separated the two sides in a game that the Reds deserved to claim at least a point from, such was their spirited performance.

There were chances aplenty in the opening exchanges, with the recalled Aaron Leya Iseka bringing a fine save from Bartosz Białkowski before Brad Collins, at the other end, was tested by Lions loanee Benik Afobe.

Barnsley looked dangerous from set-pieces, however, and a flurry of corners saw Liam Kitching, Michał Helik and Ben Williams all have efforts blocked by the visiting defence, while our Polish centre-back also skewed a rebound narrowly wide.

It was end-to-end and the Lions had another opportunity, this time as midfielder George Evans took aim from range but his attempt whistled past the upright.

Just before the midway point, the Reds had a glorious chance to open the scoring through Devante Cole – and it was all of his own making as he robbed Jake Cooper of possession but found Białkowski in his way when one-on-one.

We continued to look livelier in the final third, as Leya Iseka wriggled free of a couple of challenges before unleashing a thunderous drive from distance that soared just wide, but we went in level at the break.

The Lions came out brightly after the interval and only a magnificent, last-ditch sliding tackle from the impressive Kitching prevented Lions playmaker Jed Wallace from pulling the trigger when clean through on goal.

Chances were few and far between in a cagey second half, but the visitors almost benefited from a goalmouth scramble as Cooper’s prodded effort was stabbed clear by Helik with bodies flying everywhere.

Former Reds striker Tom Bradshaw was introduced from the bench and he came close to breaking the deadlock, only to be denied by a fine Collins save.

From the resulting corner, Matt Smith – only introduced as a substitute himself moments earlier – planted a firm header straight at the Reds’ stopper as Millwall looked to seize the initiative late on.

Despite enjoying more clear-cut opportunities in the first half, we were restricted to long-range efforts by the visitors after the break, with Callum Brittain and Cauley Woodrow both blazing into the Ponty End.

With time ticking away, Callum Styles did magnificently well to shake of a challenge 40 yards from goal, before bursting forward and playing a slide-rule pass for Brittain, just inside the box to the right who lashed high and wide of the near post.

But the killer moment arrived one minute from time, as the visitors struck gold with Wallace rising highest to head home a corner and send Millwall back to south-east London with all three points.

REDS EDGED OUT AT BLACKPOOL


Barnsley suffered a 1-0 defeat at Blackpool in the Sky Bet Championship on Saturday afternoon. 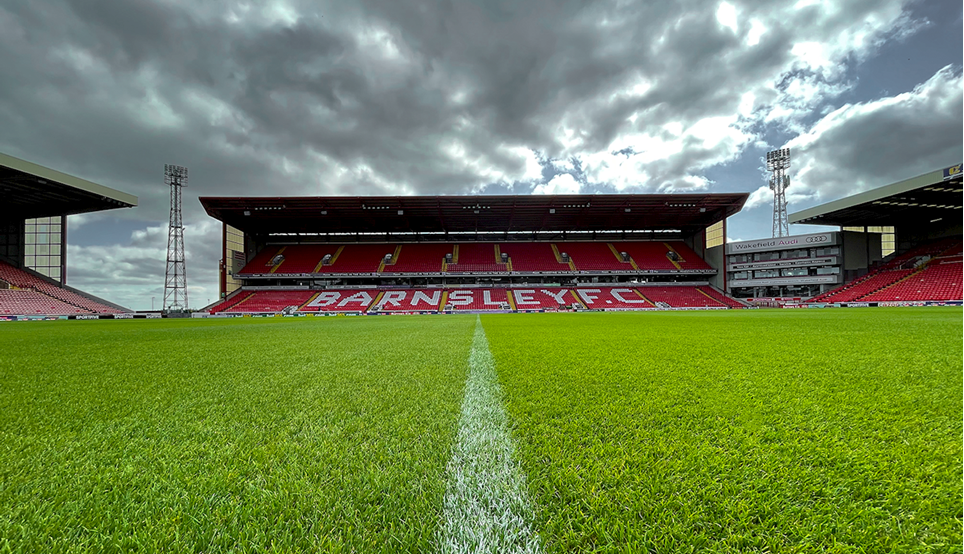 
Here are this afternoon's lineups as the Reds welcome the Lions to Oakwell...