After suffering a knee injury against Coventry City back in August, Carlton Morris is edging closer to making his return to action for Barnsley.

The powerful forward enjoyed a fine start to his Reds career, netting seven goals and registering three assists in the second half of last season following his arrival from Norwich City.

While there is still a bit of work to do until he reaches full fitness, Morris insists that he is pleased with how his recovery and rehab is going, and that the hours spent in the gym will be worthwhile when he’s back on the pitch.

“The knee is feeling very good; it’s come on leaps and bounds and I’m happy I’m now in a place where I can just focus on getting my body right to come back in and help the lads,” he began.

“It’s been incredibly frustrating, but there’s never a good time to get injured, to be honest, but you’ve just got to get your head down regardless of the timing and other things going on. You’ve got to focus on getting things right – especially the muscles around the injured area; you need them firing as strong as ever.

“Strengthening areas around it has been the main part because there’s not much you can do in terms of working the ligament; it’s just about getting the muscles around it firing and to a place to give you the best chance of getting back.”

The 25-year-old can often be seen watching his teammates train, and he is desperate to get in amongst it once more when the time is right.

Recovery work on our AlterG anti-gravity treadmill has begun as the rehab phase cranks up another notch, and Morris is aiming to be back running on the grass towards the end of this week before integrating into more strenuous work with our medical department.

“You go out and watch training and there’s that feeling of wanting to be on the pitch with the lads – especially when it comes to Saturday or Tuesday and the game,” continued our striker. “You feel like you’re missing out, but there’s nothing you can do except stay focused and get things right.

“But I’m in a good space now; I’ve just started running on the AlterG and I’ll be outside at the back end of this week, going into next week, and it’s progressing really well, and I’ll be getting into ball work as soon as possible.”

Despite this setback, Morris has remained a positive and upbeat influence around the dressing room, with his larger-than-life character and personality shining through. 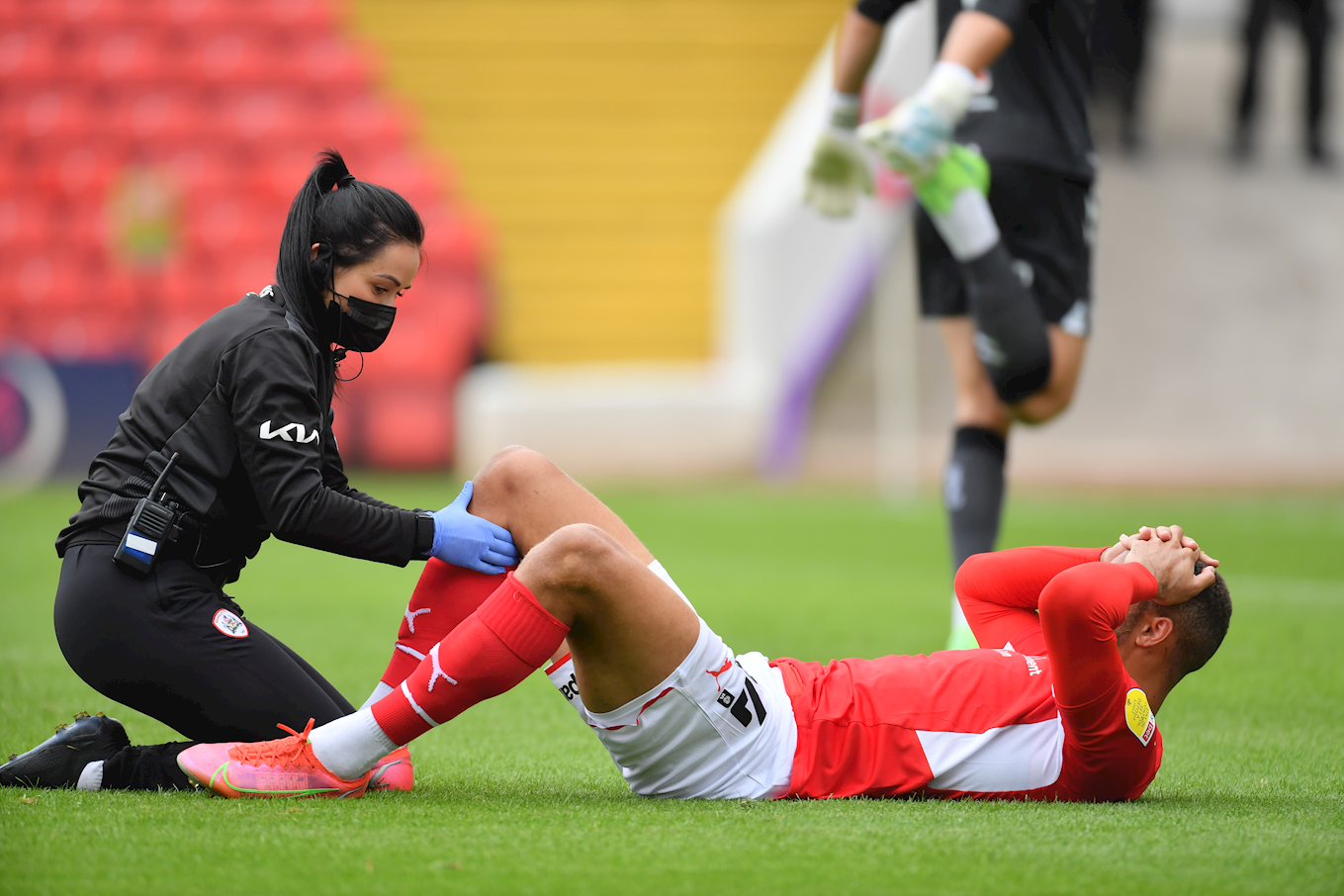 Having suffered serious injuries in the past, he knows from that experience not to let these situations affect him and to remain focused on coming back stronger than before.

“You have to be positive – you can almost manipulate your own mind into feeling positive about things and that’s only going to give you the best chance to get back as soon as possible,” asserted Morris.

“You have to keep a positive mental attitude throughout it because there are times when it can be quite dark and low with medium to long-term injuries; you’ve got to keep your head right as much as you can.

“I’ve definitely been through worse, but injuries are injuries – they’re just bad things and you wouldn’t wish it upon your worse enemy. Once you’re in that situation, you’ve got to get your head down and really work hard; there’s no shortcuts.

“If you’re not doing them properly, you’re only putting yourself at risk of doing more damage or redoing an injury.”

It’s almost eight weeks since our forward was sidelined with this injury and there is a sense of frustration for him that he’s unavailable to help the Reds as we currently struggle for form in the Sky Bet Championship.

Morris is eager to return to action, but also thanked his teammates for being there to support him though this difficult spell.

“To put it into context, I was itching to get back on the pitch against Coventry when I did it, so it’s just been more of a build-up than anything,” he said. “It’s a full-body scratch now and it weighs heavy on you in terms of getting back, and it’s just going to be such a relief when it finally happens.

“It’s that feeling of helplessness that there’s nothing I can do to affect it at the moment. I’m just being a positive atmosphere in the dressing room – that’s all I can do and be around the lads as much as I can and get to the games, but it’s nothing in comparison to being fully fit and working on the pitch to turn things around.

“But they’ve been different class. They keep you feeling part of the team and it’s massive to have that feeling of togetherness and that you’re not just on the outskirts and forgotten about.”