The initiative is to help make football inclusive for the LGBTQ+ community and raise awareness of key issues in wider society.

In a show of solidarity for this movement, the Club lit up the South Stand in spectacular rainbow lighting ahead of Wednesday evening’s Sky Bet Championship clash against Swansea City.

Further demonstrations of support will continue in the coming weeks, with a rainbow-coloured captain’s armband to be sported at first team, U23s and U18s level and there will also be rainbow-coloured corner flags displayed at our home fixtures.

In addition, we will be working collaboratively with supporters to create something for all, an announcement of which will be made early next month.

Because football is for everybody. 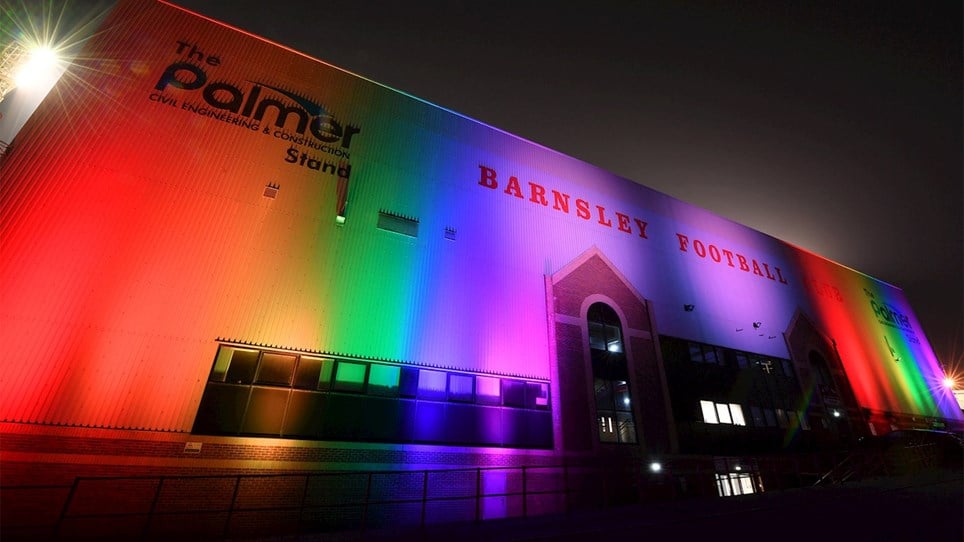