Speaking after our 2-1 victory against Derby County on Wednesday evening, Jo Laumann expressed his delight at the Reds’ spirited comeback that saw us claim three crucial points.

Victor Adeboyejo and Aaron Leya Iseka struck either side of the interval to cancel out Sam Baldock’s opener and ensure we ended a run of seven consecutive defeats.

“We are all buzzing and happy to get the win,” beamed our interim head coach. “All credit to the boys for their shift, what they put in after conceding the goal. 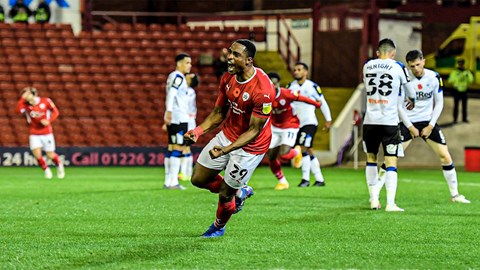 “In this situation that we’re in, to concede a goal and go on, go ahead and win the game shows the character of the boys.”

Heads could have dropped when Derby took the lead against the run of play, but Barnsley rallied and struck just before the break as Adeboyejo bagged his first of the campaign.

Leya Iseka then got his third in as many games to put us on course for a priceless victory, and Laumann insists that his side couldn’t have done it without the Oakwell faithful. 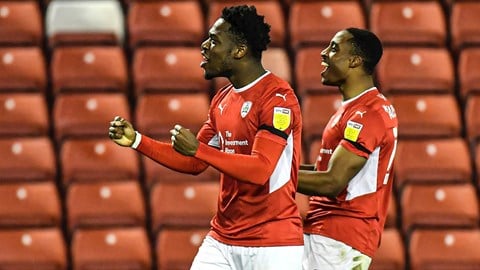 “I’m really pleased with the reaction and to end up winning the game like we did gives us more than if we had won 2-0 because it shows that you always need to keep on going,” he continued.

“A massive thank you to the fans; they carried us through the whole game – especially in the last 15 minutes where Derby, for sure, had some momentum. But we kept on fighting and the fans were there, so we showed a great unity.”

The Reds entertain Hull City on Saturday in our final outing before the international break and another victory could see us climb out of the relegation zone, depending on results elsewhere. 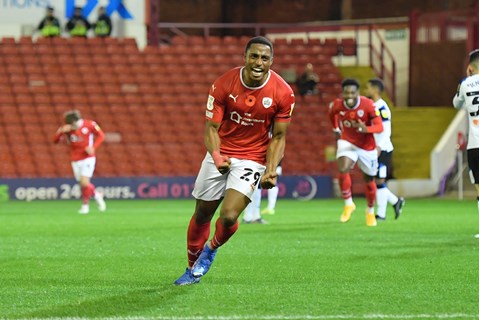 However, Laumann isn’t focusing on the Sky Bet Championship standings just yet, instead concentrating on ensuring his side are ready for their next challenge.

“We don’t look at the table. We just want to prepare well for the next game on Saturday and try to win it.”