A second half goal from David Bremang secured three points for the young Reds, in a team performance which Devaney was delighted with.

“We worked really hard the last two to three weeks on trying to dominate the ball in possession, creating more passing angles,” he began. “I thought in terms of playing out from the back and playing through the thirds, we did really good. I saw an interchange in position in the midfielders and the forwards.

“We were a threat most of the game; we probably should have won the game more comfortably.”

Bremang got the winner for Barnsley as he collected Tomas Kalinauskas’ pass before swivelling and firing high into the net.

That’s three goals in as many games for the young attacker, who arrived at Oakwell from Coventry City this summer, and Devaney believes this run of form should provide Bremang with plenty of belief moving forward.

“To score three in three is really good,” asserted our U23s coach.

“He took his goal well, good touch with his left, got it onto his right foot. He’s very left footed but he scored a goal with his right which was good to see. He showed that he can do that, it’s part of his armoury in terms of his attacking threat.

“He’s doing all the right things; he’s a handful. I think he’s got to start believing in himself because he could have a career, he can have a career and he can be effective at this football club. But he’s got to show more belief in himself and not get too down when things aren’t going right.”

This result also provided the U23s with their first clean sheet of the season, which was down to the team’s performance as a whole according to Devaney.

“As a collective from the front to the midfielders, to the defenders they all put a shift in and we talked about that at the end,” he praised.

“We looked like a real team, as a collective, worked tirelessly for one another, denied them to very few shots on goal, and in the last ten minutes, like any game where you’re winning 1-0, we had to defend well and we did do.”


Our U23s are in action on Friday afternoon as they entertain Peterborough United in the Professional Development League. 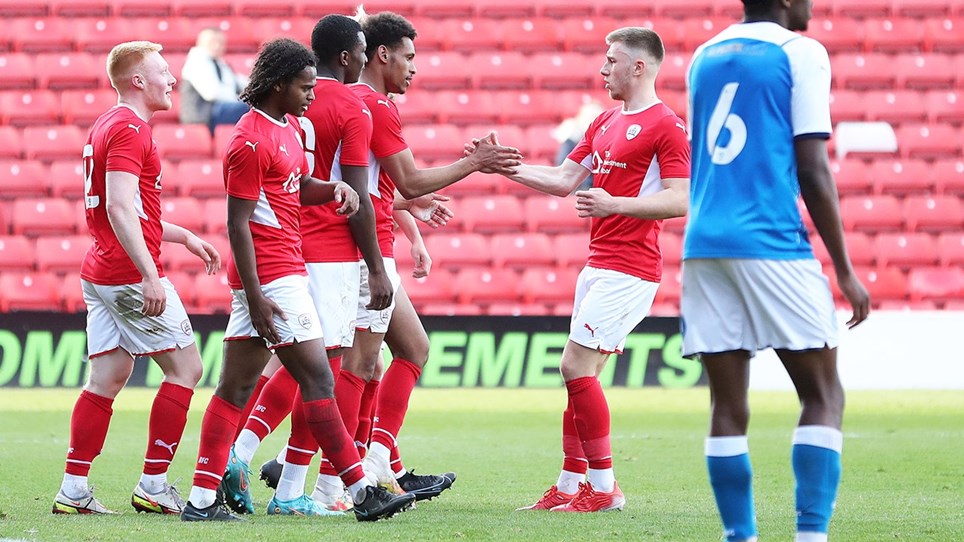 
Our U23s claimed a 3-1 victory at home to Peterborough United in the Professional Development League on Friday afternoon.