We got the thoughts of Cauley Woodrow ahead of Saturday's final league fixture of the season.

With news expected at the start of next week regarding the return of fans to football stadia, potentially allowing Barnsley to have a crowd at Oakwell for the first time in 14 months when they play the first leg of the play-off semi final, our striker was asked what it meant to the players, knowing Reds fans could soon be back ‘home’.

“They’ve missed an amazing season this year, and that is a big shame.

“But to potentially have them back in the stadium with us is a big thing for us and certainly for them.

But before the end-of-season play-off fixtures arrive, there’s the 46th game of this hectic 20/21 campaign to complete. And tomorrow brings the Sky Bet Championship winners to Oakwell in a 12.30pm kick-off.

Our number nine is hoping his side can put in a decent showing, to take positive momentum into the play-offs.

“It’s another game for us that we want to win. Our last two performances have not been good at all. And the gaffer’s made that clear that we can’t perform like that.

“So Norwich is a chance to get back to winning ways, we can go fifth which could change the opposition we’re going to face in the play-offs.

“They’re obviously Champions and will want to finish in the right manner too.”

The striker's thoughts ahead of the Canaries' visit to Oakwell. 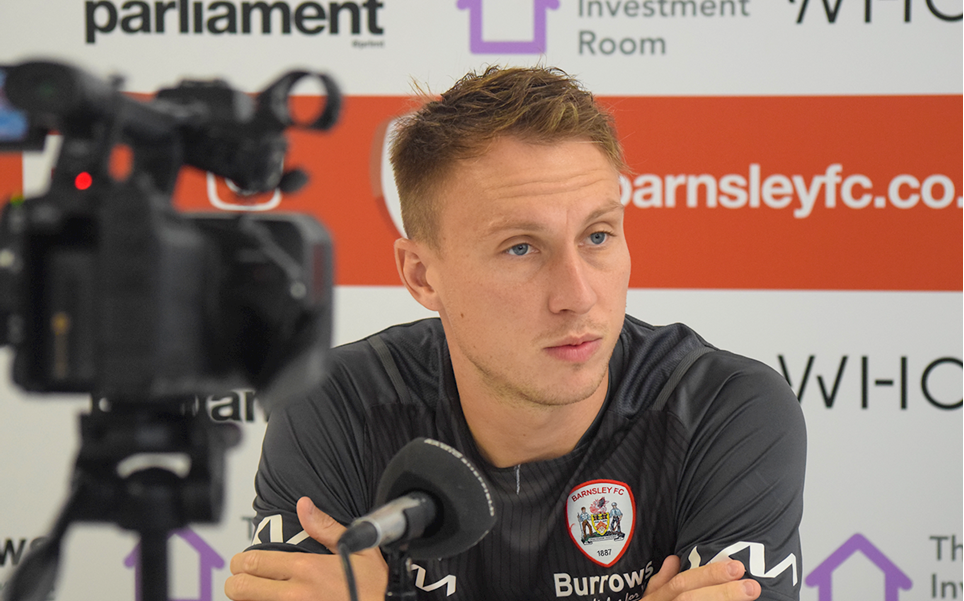