Will Lancaster’s first-half goal was cancelled out by Chanuka Zimba’s equaliser as our U23s' final game of the season against Cardiff City finished all square at Oakwell.

Lancaster’s brilliant strike into the top corner from 18 yards, after the ball had fallen kindly at his feet, arrived just after the half-hour and was entirely merited during a dominant first half for the young Reds.

However, Zimba converted from close range midway through the second half to ensure Cardiff would leave South Yorkshire with a point.

In driving rain, the hosts enjoyed the better of the opening exchanges, with multiple early instances of desperate visiting defending required to keep the game scoreless.

First, George Miller saw his half-volley blocked by visiting stopper O’Shaughnessy when clean through before Cameron Thompson’s attempt from inside the box was deflected out for a corner.

There were flashes of threat at the other end, but Rudi Pache made a heroic sliding block to deny the Bluebirds’ Isaak Davies shortly before Lancaster’s goal.

Miller went close again when his attempt from inside the box was palmed away by O’Shaughnessy as the hosts began to exert their superiority, and they got their reward when Lancaster struck.

The second half began in much the same vein that the first had ended, with a sticky midfield battle meaning chances were at more of a premium as the rain continued to blanket Oakwell.

Renedie Masampu saw his effort on the hour blocked as the game began to open up once more, but it was a resurgent Cardiff who took advantage, striking gold through Zimba as they committed more men forwards.

The young Reds refused to be bowed, and Thompson went close twice in the final ten minutes, firstly when his strike agonisingly struck the post, before a low attempt was held by O’Shaughnessy at his near post.

Masampu fired narrowly over, Omar saw his header ruled out by an offside flag, and O’Shaughnessy saved from Connor Hodgson as Barnsley hammered on the door, but the young Reds were ultimately unable to make their pressure count by the time the whistle blew.

Even as the hosts will rue losing their lead, they can still take enormous confidence from the fact that this season has brought the Reds’ U23 side the highest points total in their history. 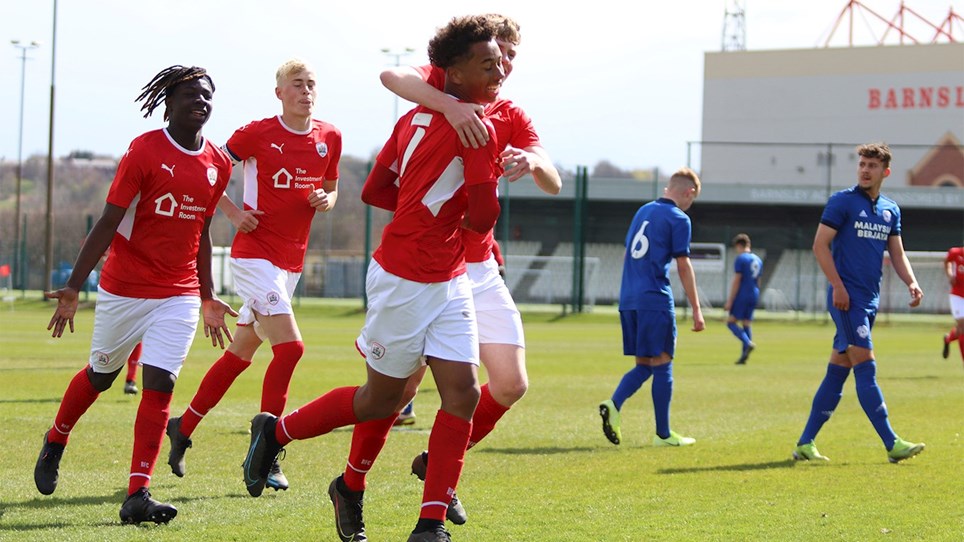