Despite giving it everything, Barnsley's play-off journey ends at the semi-final stage.

This exceptional 20/21 season finally draws to a close for the Reds with a draw at Liberty Stadium not enough to overturn the first leg defeat in Barnsley.

Going behind late in the first half to a Matt Grimes screamer, Valérien Ismaël's side fought back to level in the second half through Cauley Woodrow but despite a flurry of chances, the second goal never came.

The opening 45 wasn't pretty to watch with very little to write home about.

There were nearly moments involving Callum Styles, Carlton Morris and Callum Brittain, but a poor touch here or a wrong decision there stopped the Reds in their tracks.

Our hosts offered absolutely nothing themselves, until the 38th minute of the game when referee John Brooks incorrectly awarded the Swans a free-kick by the near touchline, with Michał Helik wrongly adjudged to have fouled his man.

The Conor Hourihane free-kick was cleared, but only to the edge of the box where Grimes met it and curled home a delightful effort that Brad Collins could do nothing about.

Right before half-time, Brittain curled a similar effort towards goal but it flew a good yard wide and over, leaving Barnsley with it all to do in the second half.

Ismaël introduced both Daryl Dike (Victor Adeboyejo) and Jordan Williams (Romal Palmer) during the interval as he looked for a reaction, but play would soon be halted for just short of four minutes, following an injury to Swans winger Wayne Routledge.

It wasn't until after the hour mark that Barnsley really turned up the heat here in South Wales. First, Morris saw a header parried behind whilst Dike then saw a header go just over from another set-piece.

Williams was impressive once on the pitch and he nearly equalised after a great run and cross from Styles found its way to Jordan on the right, inside the box but his low shot was blocked perfectly by the sliding Jake Bidwell.

The Reds did level though, just a few minutes later as Williams went tearing up the right wing leaving defenders in his wake before his low cross was stroked home from just inside the area by Woodrow. It was game on.

But the pressure didn't force a second, with a couple of Morris headers the best chances in the closing stages, with even Collins going up into the box for a late free-kick.

So there will be no Wembley trip next weekend, the dream has died, but what an amazing season it has been for all involved. 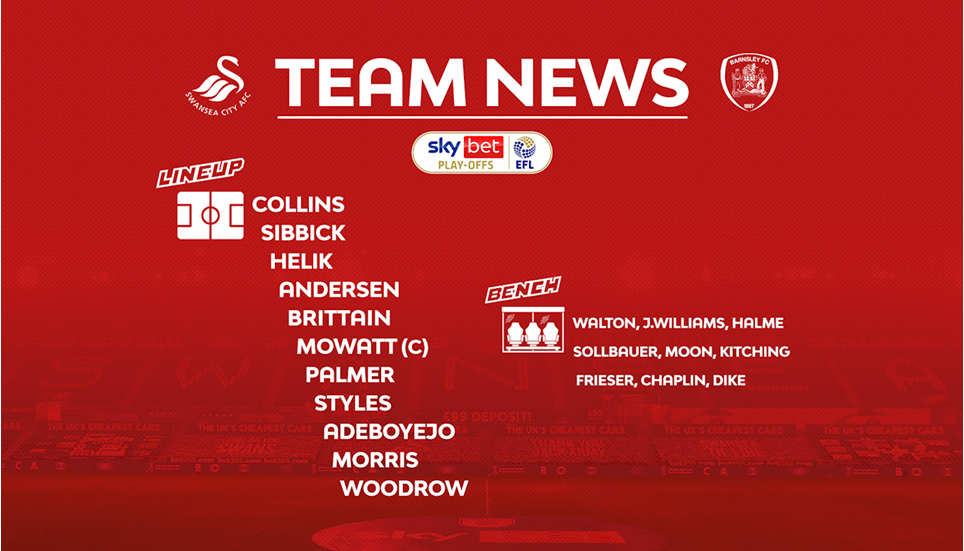 
Tonight's lineups have been revealed... 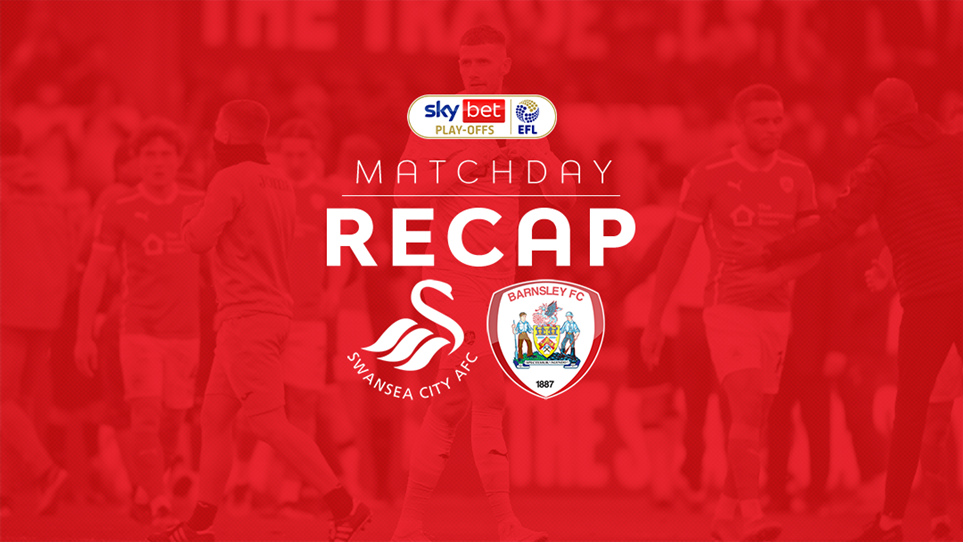 
The final edition of the Matchday Recap, as the Reds' campaign came to a close at Liberty Stadium in the play-offs.


The Reds' boss spoke with the media ahead of this weekend's crunch Sky Bet Championship play-off semi-final second leg with the Swans.

REDS HELD BY BLACKBURN IN STALEMATE


Barnsley were held to a 0-0 draw by Blackburn Rovers at Oakwell on Saturday afternoon.


Barnsley were comfortably brushed aside by Bournemouth this afternoon.

REDS HELD BY BLUES AT OAKWELL


The spoils were shared in South Yorkshire this afternoon in a scrappy affair to round off the opening month of the season.