The Reds lost a bonafide Club legend yesterday and we got the thoughts of players and staff who shared amazing memories with Eric Winstanley.

"What a colossal figure Eric was but a true gentleman. I owe him so much for the education he gave me while at Barnsley. In football and in life, a real character, one I loved to be around. We will miss him so much, and our love goes out to all the family at this really sad time."

"I know I speak for all the players that Eric worked with when I say how he shaped and nurtured their potential like a parent. He was a coach who showed compassion and pushed them beyond their limits. For me he was not just a coach, but someone I could trust and learn from. His passion rubbed off on us as players. He gave us the confidence to succeed against all odds. I'm grateful to Eric that in my own career, the qualities and values he showed stayed with me. A true gent and role model for all of us. Thank you, Eric and RIP."

"Eric was a genuine man who was well respected by all the players. He played a major part in the historic promotion of 1996/97, and for me, whenever I had a sticky patch, Eric was always an encouraging voice."

"Eric was the biggest influence in my career after my parents. He was the one who gave me a chance and saw something in me. He brought through all those young lads like me who would run through a brick wall for him. The number of players who 'made it' via his coaching is incredible and testament to the man. I can't thank him enough for what he did for my career. He's up there with Rimmo in terms of Barnsley greats and there aren't many you can say that about."

"I'm shocked and heartbroken. We were so close. I believed in him so much, as did all the lads. Beyond his time as a coach - innovative and strong - he was the reason we got to the top flight. I feel like I've lost an arm. My life is less richer for the loss. My thoughts are with his family and Debs. I'm lost for words."

"People like Eric are the heart and soul of Barnsley FC. Not only a great coach but a fantastic human being. He made me feel so welcome when I first arrived and he commanded total respect from all of the players, because he was so knowledgeable. A huge loss to the Barnsley FC family. RIP Eric."

"Absolutely devastated to hear this news. An integral part of the Premier League backroom team, a great football man and more importantly a great gentleman. He will be missed by many I’m sure!"

"Eric was proud of the town, not just the football club and was a massive factor in our promotion to the top flight for the first time in its history. Eric's coaching methods encouraged us to play entertaining, attacking football, hence the chant 'it's just like watching Brazil.' His great sense of humour will be missed. RIP Eric, I'm sure Rimmo is waiting for you with open arms, to reminisce of the great lives you both had at Barnsley FC. Thanks for the memories!"

"Eric was a true gentleman and a proper football man who influenced so many players' careers at the club, both lads like me who came through the system or lads that were brought into the club. I personally owe Eric so much for the help, advice and guidance he gave me as a young man coming up through the teams at Barnsley FC. “LEGEND” is a word used too easily in the game these days but when you think of Eric Winstanley and Barnsley Football Club there is no one who deserves the accolade of “LEGEND” more than Eric. He will be missed by so many and all our thoughts are with his family at this sad time."

"A great coach and a great man totally respected by all players and especially by all the lads that had come through the ranks. Gutted."

"Sad, sad news regarding a man who helped me a lot during my time when he was first team coach under both Norman Hunter and Bobby Collins. Along with Rimmo, that great backroom have all now sadly passed. Condolences to Eric’s family and all at the club who knew him."

"Eric was one of the good guys! A pleasure to work with him at Barnsley. Team-player and always encouraging. RIP."

"I wouldn’t have been a professional footballer without Eric, he taught me so much on and off the pitch. So many memories and so glad I kept in regular contact with him, the amount of hour-long phone calls chatting about anything and everything! A fiercely passionate football man! I’m going to miss you Eric! I owe you everything!"

"Thanks to Eric Winstanley I played in the Premier League! I learned to love my job and was eager to learn from him everyday. He put a smile on everyone’s face and a spring in everyone’s step. Simply the best coach I ever had the pleasure of working with. A true gentleman. A true Yorkshire man. A proper football man. A proper man. I will never forget you! Thank you, Eric."

"What a top bloke he had Barnsley running through his blood. He was lovely, a nice man but a hard man also. Honest, genuine, he would let you know when you needed it but he would praise you a lot when you did well. Always had time to talk, a great man, I had some brilliant times with him, some laughs, he was a typical Barnsley man, he made me so welcome when I signed. All the time I was there he was brilliant with me. Tough but fair. A winner. This is so sad. My thoughts are with all his family. ERIC - the Barnsley legend. So sorry."

"Such sad news about Eric. A hero and true legend at our club. What a great bloke too; humble and unassuming at times but offered some gems of advice along with Norm in the laundry to us YT’s.Thoughts are with his family and loved ones at this time. RIP Eric."

"Eric was the person who phoned me when I got a free transfer from Ipswich, to see if I wanted to join Barnsley! What a good decision that was! Promotion! Incredibly sad news, he left a mark on a lot of people, he certainly did on me. He will be sadly missed."

“I was deeply saddened to learn of the awful news about Eric. As a player, he was one of my all-time Oakwell heroes. His hat-trick against Watford in the early 1970s is the stuff of legends, of which Eric truly was one. His contribution to the club in his various coaching roles was huge, guiding the careers of many young players who passed through his tutelage. He will, of course, be forever remembered for the huge part he played as first team coach in the club’s success in achieving promotion to the Premier League in 1996/97, and so many people owe him a great deal for his contribution to their careers. Over the years, he became a man for whose knowledge, commitment and ability I had a great deal of respect for, as well as truly liking him as a top bloke. He will be greatly missed by so many whose lives he touched, but first and foremost, my thoughts are with Debra and all of Eric’s family at this most difficult of times for them.”

"I came down to Barnsley in the early 60’s and we just immediately clicked. We got on very well and we were always together. Every Friday, without fail, he’d take us out for free fish and chips, for the long journeys away from Oakwell, we roomed together. I knew all of his family and we were just like brothers.I have to say, that in all of my playing career, Eric was the best I’d ever played with. If it wasn’t for those injuries, I have no doubt that he would have gone on to play for England. He was a local lad, he played for and had a significant influence on his local team. He was such a wonderful bloke and I send my best wishes to his family." 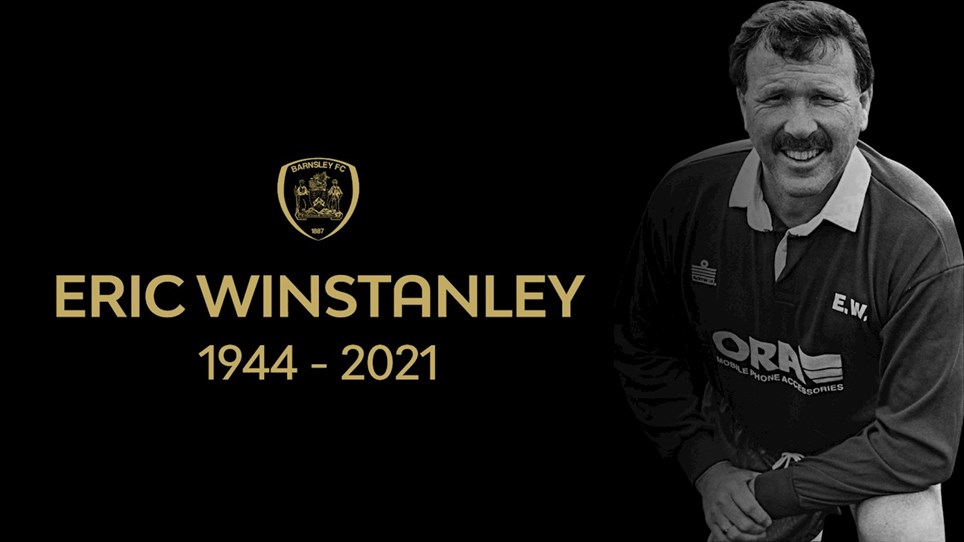 
Barnsley Football Club is devastated to learn of the passing of the legendary Eric Winstanley.


A goal in either half was enough to see the Reds to victory in their first friendly clash of pre-season.