Ahead of our clash with Swansea City on Monday evening, Alex Mowatt says Barnsley are aiming to make their mark on the Sky Bet Championship play-offs.

The Reds have been exceptional all season, breaking club records en route to securing a fifth place finish to put themselves in with a chance of reaching the Premier League.

“We’ve put ourselves in an unbelievable position but we don’t want to stop here; we want to win the play-offs and we’ve just got to keep our performances high and see where that takes us.

“Of course, they’ll have expectations but we set our standards high. We don’t want to go there just to be in the play-offs – we want to go to the final and win it, so it’s not just about the games, we want to go all the way.” 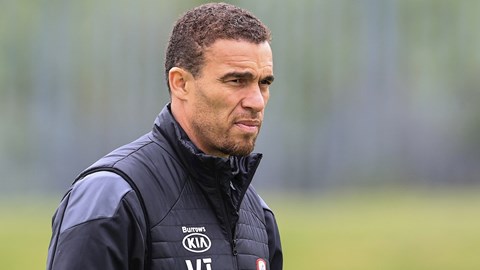 Our previous outings against Swansea this term have both ended in 2-0 defeats, although there were plenty of encouraging signs in both encounters – particularly the home fixture, where we dominated for large spells.

Mowatt believes that we will be better prepared for the Swans this time around and reflects on our form since those games. The Reds have picked up 44 points after losing at home to Steve Cooper’s side in January – 10 more than Monday’s visitors in that time.

“To be honest, they scored four goals – three of them were set-pieces and one of them was a mistake at the back so it’s not like they carved us open,” discussed the skipper. “If we concentrate on the set-pieces, we’ll be alright.

“The runs that we’ve been on since have been unbelievable and the way we’re playing now is a lot different to then, so I think we’re a different team.”

The captain looks ahead to the first leg of the Sky Bet Championship Play-Off Semi-Final.