The Head Coach helped preview tomorrow's final league clash of the 20/21 season, as the Reds welcome the Champions to Oakwell in a 12.30pm kick-off.

The Frenchman was quick to point out that Saturday's game retains importance, despite there being little at stake for either side.

He wants to see an improved performance after last weekend's defeat at Preston, and for his players to get themselves into a good place, taking positive momentum into the upcoming play-off games.

“We want to prepare for the play-off game and need to have a good rhythm. It is important for the guys." Ismaël explained, as he prepares his side for the regular season finale with already promoted, Norwich City.

The gaffer also suggested it was positive news in terms of players returning to training recently, with the potential of one or two being involved in Saturday's squad. 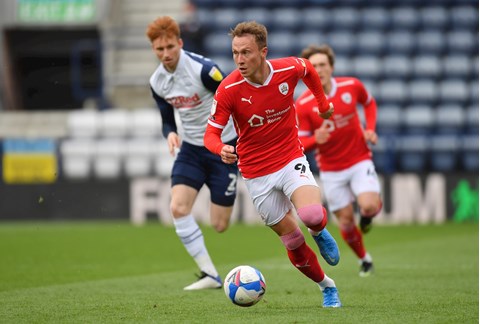 "Liam Kitching is good and has trained well. He played on Monday with the U23s and played 45 minutes and we are very delighted that he is back.

“His response after the game went well and he feels really good and has trained again with the team so he could be another who is available for the squad, but we will see.

“Friesy (Dominik Frieser) will be in the squad, he came back in the middle of the week. He passed all the tests and has trained since Wednesday with the team and nothing is wrong. We are delighted we have one more option.
"The Norwich game is probably too early for Herbie Kane, but he's taken a step forward and he should be back for the play-offs."

The Head Coach looks ahead to the Canaries clash.