Barnsley extended their long unbeaten record with a history-making away victory at Adams Park.

A Daryl Dike double and a Cauley Woodrow spot-kick helped the in-form Reds to another Sky Bet Championship win here in High Wycombe.

The first time in the club's history that five successive away wins have been registered at this level across one campaign.

In a first half that was controlled for the most part by Valérien Ismaël's side, chances came and went for Barnsley who looked destined to head into the break goalless.

Dike saw an early strike from just inside the box deflect up and over the crossbar whilst the visitors pressed high, earning a raft of set pieces that the Chairboys struggled to defend.

The impressive Dominik Frieser saw an angled, low drive blocked on the line and with Reds attackers ready to pounce on the rebound, the home side managed to hook the ball behind at the last minute.

Both Michał Helik and Frieser again went close to finding the opener from the left side of the box, but were thwarted by last-ditch challenges, before the referee spotted a defender dragging Helik to the foor inside the six yard box, awarding Barnsley a penalty kick.

Up stepped Woodrow who made no mistake, rifling the dead ball into the bottom corner with real venom, giving the Reds a deserved lead at half-time.

The Reds began the second period as they'd ended the first, attacking at will and on 49 minutes, a long throw from Frieser eventually made its way to Mads Andersen at the far post and when he headed back across goal, there was Dike to nod home for 2-0.

There were a number of substitutions at this point, with Barnsley well in charge of the affair. But referee Darren Bond deemed an Alex Mowatt tackle just outside the box to be reckless and sent off the Reds' skipper, leaving Ismaël's side a man light for the remaining 20 minutes.

Little changed in terms of momentum and in fact it was Barnsley who added a third goal, and again it was the man from Oklahoma with the finish.

Callum Brittain's inch-perfect low cross was stabbed home with precision inside the box by Daryl, celebrating a fifth goal since signing for the Reds.

There was a late consolation goal for the hosts through Ikpeazu, but it was the Reds' evening, and their record-breaking streak continues at pace.

REDS LEAVE IT LATE AGAINST ROBINS


Cauley Woodrow’s 102nd minute penalty secured a dramatic point for the Reds in a thrilling encounter with Bristol City at Oakwell.

REDS EDGED OUT BY LEAGUE LEADERS


It was defeat for Barnsley in our opening fixture of the new year, as table-topping Norwich took all three points at Carrow Road. 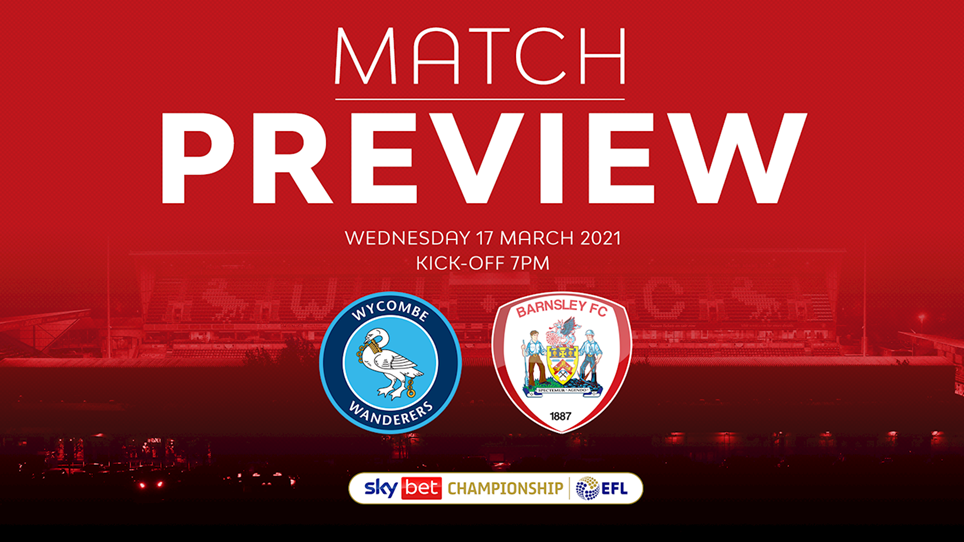 
The fixtures keep on coming, and it's another long, midweek away trip for Barnsley as they head to Adams Park to take on the Chairboys!