Our U18s eased to a comfortable 3-1 win over Colchester United at the Oakwell Training Ground on Saturday afternoon.

Hayden Pickard’s first half opener was added to after the break by Lloyd Smith and Angus Chapman as the young Reds continued their impressive Professional Development League campaign.

The eventual margin of victory could have been far greater for Tom Harban’s side, who were guilty of missing a host of opportunities throughout the 90 minutes.

But take nothing away from what was a truly exceptional and dominating performance from start to finish from our youngsters, who thoroughly deserved the three points.

Barnsley came flying out of the block, pressing the visitors deep in their own half as Colchester attempted to pass their way out from the back – a risky ploy given the high-octane philosophy that runs holistically through the ranks at Oakwell.

The U’s stuck to their game plan, however, and were almost caught out on a number of occasions with a front three of Chapman, Aiden Marsh and Jack Sherlock wreaking havoc with their continuous high press.

Add to that, midfield duo Joe Ackroyd and Harrison Nejman picking up second balls while the tireless wing-backs, Pickard and Blake Goucher, provided energy, width and support both going forward and in their defensive phase.

Perhaps the only surprise was that Colchester nearly opened the scoring, with Archie Brown forced into two fine saves within a matter of moments before the Reds’ quality eventually prevailed.

Sherlock burst down the right wing and clipped a fine ball for the onrushing Pickard to firmly plant a header down and into the back of the net midway through the first half.

It was no less than Barnsley’s breathless start to the game deserved, and our youngsters threatened to add to their tally as the half wore on as Marsh tried his luck with a couple of efforts from the edge of the box.

Chapman also headed narrowly wide while a deep cross just evaded the attention of Sherlock at the back post as the Reds searched for a second.

It eventually came when Smith, introduced at the interval for Aiden Marsh who had played on Friday for our U23s, latched onto a perfectly weighted through ball from Goucher and surged into the area before showing excellent composure to slot past the goalkeeper.

That should have been that as Barnsley continued to work openings, with Chapman seeing his close range effort blocked before having an attempt ruled out for a foul in the build-up.

But Colchester threatened to make it a nervy last 20 minutes as they halved the deficit with a powerful header from six-yards out.

In truth, a back three of Sam Nicholson and U16s pair Alex Joof and Oliver Kilner were rarely troubled by Colchester as our young charges showed maturity beyond their years with commanding performances.

The all-important third goal soon arrived when substitute Newton Sila-Conde powered down the left flank and fired a low cross into the path of Chapman, who guided it expertly first time into the far corner to seal an impressive victory.

It was an excellent display from the young Reds as they keep their play-off hopes alive heading into the final few fixtures.


You chose Jasper Moon’s strike against Coventry City as your Goal of the Month for January, in association with AX Soccer Tours.

HAYDEN PICKARD IS ACADEMY PLAYER OF THE SEASON


Our Academy Player of the Season 20/21 is Hayden Pickard! 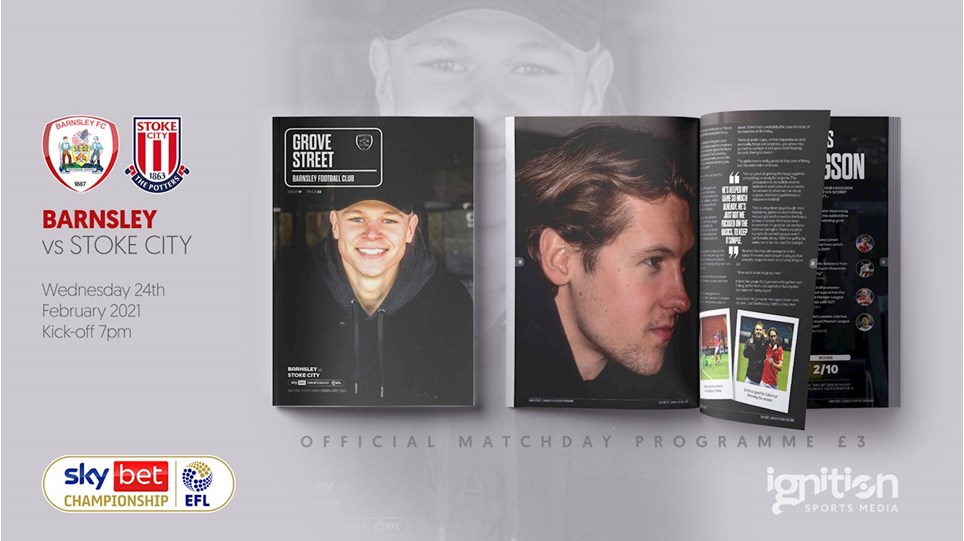 
Barnsley are back in Sky Bet Championship action on Wednesday evening as we welcome Stoke City to Oakwell.