The skipper has played every minute in the league that he’s been available for since the turn of the year, as he continues to drive his side forward from the heart of midfield.

Mowatt, last season’s Player of the Year, has flourished once more for the Reds and despite the workload believes he’s in good nick as we head down the home straight in 20/21.

“I’m feeling good to be fair.” The captain told us ahead of tomorrow’s trip to Bournemouth.

“We are used to it now, playing a game, recovery and then playing again. It’s been a repeat cycle so I think my body is used to it.

“It makes a difference that we are doing well I suppose. It’s much better playing games when you’re winning compared to how much of last season went for us.

“There’s a buzz around the place which makes it easier.” 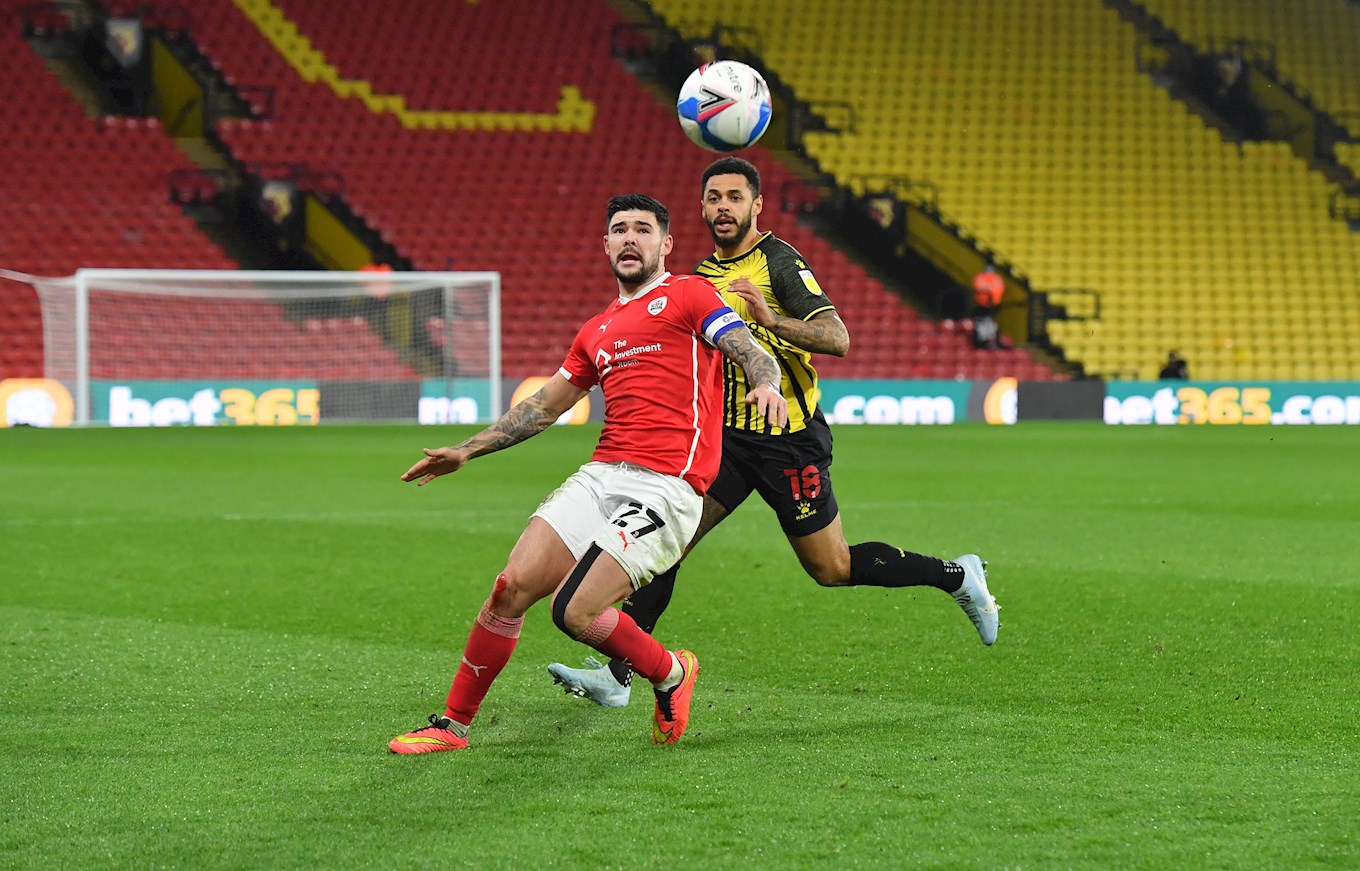 With this exceptional unbeaten run of form, which sees the Reds currently occupying a playoff spot, there has been a lot of attention on Barnsley in recent weeks.

But Alex says there have been no distractions at the club.

“We’ve got to keep taking each game as it comes in my opinion. We are going to Bournemouth trying to take another three points, but that’s all we are looking at - each game, one by one.

“Of course, we are buzzing with how well we are doing and where we are at this stage, but we won’t be getting ahead of ourselves.

“What we’ve been doing is working, and in fairness, where we are means nothing to us right now. It’s about where we are at the end of the season.”

The skipper previews our clash with Bournemouth