Ahead of Wednesday night's trip to Adams Park, Valérien Ismaël spoke with the press to help preview the fixture.

The Reds will travel south once again on Wednesday night as they face bottom of the table, Wycombe Wanderers.

Head Coach, Valérien Ismaël says he has a fit group to select from, but acknowledges that the Chairboys will pose different questions of his players. 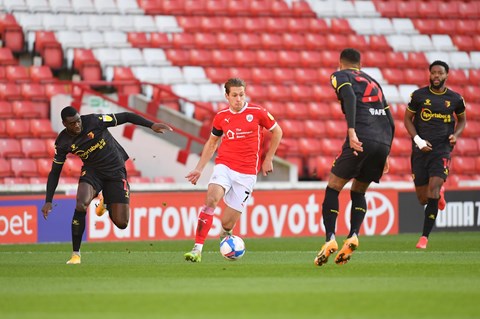 “We have the usual guys available, everyone is feeling good.” The Frenchman told us.

“But for sure, the game against Wycombe will be another challenge, a different game to prepare for. Their manager and their team have a big fighting mentality, a clear identity, and it will be another tough game for us.

“It will be about fighting, about winning duels. But we’ve shown that we can compete in this way.

“Our mentality must start on Wednesday how it finished at Bournemouth. That’s my expectation.” 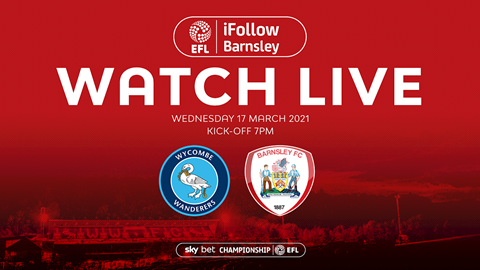 Despite a slow start on the South Coast at the weekend, Barnsley came out like a team possessed after the interval.

Ismaël says the players must continue in that frame of mind, to show a big mentality at the start of another big week for the club.

He said: “We have come such a long way that we must not now give it up without a fight. That’s what I made clear to the guys at half-time last Saturday.

“But we are in a new week, with new challenges ahead.

“We are never satisfied. We stay hungry, we keep moving and look for our next step forward.

“That is Wycombe and it will not be easy. We respect them and know that we must be perfect in our mentality to get another three points.” 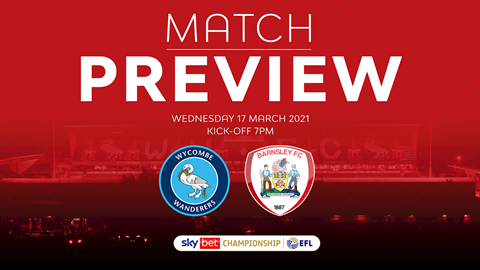 Moving five points clear in sixth position after the Cherries success, the Reds now have 10 games remaining as they look to end an outstanding season in similar form.

But again, the gaffer was only focused on Wednesday night and the message that to gain further joy, his players need to be switched on right from the get-go at Adams Park.

“It was just another Championship game, but yes, it was a big step and we take great confidence from the performance.

“But I must stress, we must play with desire, at that level from the beginning. You cannot play in this league at 80%. You will be punished.

“My job is to make sure that at 7pm on Wednesday my guys are ready to fight from the first minute.”