Barnsley’s stunning promotion push continued in March and their American import has been leading their charge from the front.

Daryl Dike joined on loan from Orlando City in January and after finding his feet in February, has taken his game up a gear over the last month.

Opposition defences just have not been able to handle him, with the 20-year-old scoring four times and winning 45 aerial duels. 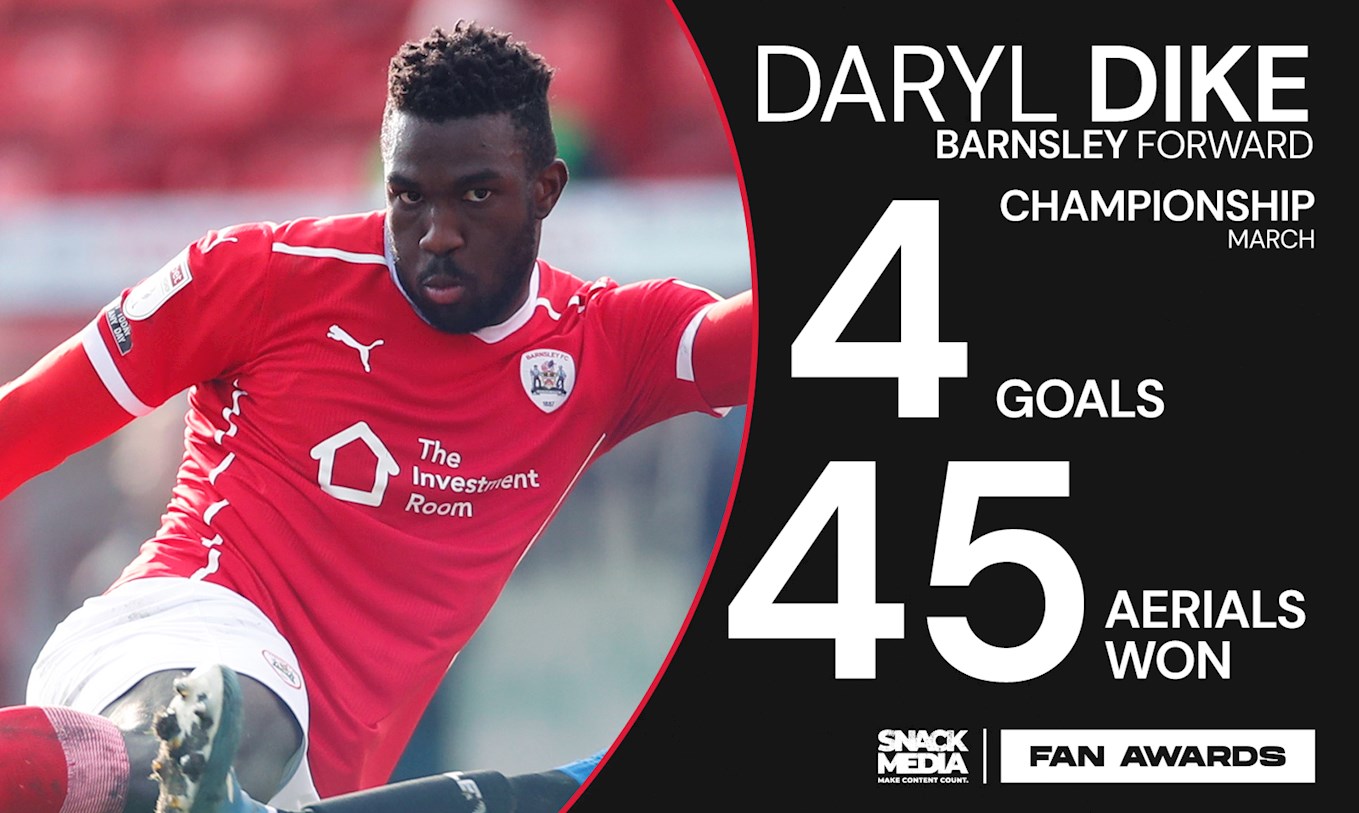