The Reds leave the South Coast with a huge three points as a stirring second half fightback seals the deal at Vitality Stadium.

In what started as a very scrappy and somewhat understandably cagey affair, often played in varying conditions, the game sprung into life when Michał Helik continued his red-hot scoring form to give the Reds the lead on 16 minutes.

An outswinging Alex Mowatt corner from the left was headed on by Mads Andersen at the near post and his defensive partner Helik arrived late at the far stick to steer home a volley from no more than a yard out.

Barnsley were galvanized by that early strike and began to dominate proceedings, forcing a number of set plays and penning in their highly-rated hosts.

However, that deserved lead was quickly cancelled out by the Cherries as after breaking from a Reds corner, the Dorset outfit levelled up with Arnaut Danjuma slotting home a low Junior Stanislas cross from six yards out, as defenders looked for an offside flag that never came.

Bournemouth gained control of the half from that point and very nearly forged ahead when Stanislas found himself in space to connect with a Jefferson Lerma cross, cracking a terrific volley from 14 yards out towards goal only for Brad Collins to push the stinging effort onto the bar.

The home side though did go in ahead at the break. In the second minute of added time at the end of the first 45, another quick counter, a low, first-time cross from Danjuma freed Dominic Solanke centrally for a simple, low finish inside the six yard box.

An angry Valérien Ismaël stormed towards the changing room as the whistle blew for half-time.

Valérien went to his bench during the interval, bringing on all of Carlton Morris, Callum Styles and Herbie Kane, with Conor Chaplin, Jordan Williams and Romal Palmer making way as the Frenchman looked for a reaction at Vitality Stadium.

The moves paid dividends as the Reds began to dominate with Mowatt and Dominik Frieser going close, as did substitute Kane with a 25-yarder piledriver before on the hour-mark, finally reaping the rewards of that pressure.

It was a well-worked Reds move that saw us level. Helik's low pass on halfway was used well by Kane, Frieser nodded into space that Morris took advantage of by slipping in Cauley Woodrow wide right, and his low, deflected cross was turned in expertly by the Iceman with his weaker left foot, eight yards out to level up the match.

Woodrow then bent an effort just wide whilst Daryl Dike was introduced; goalscorer Frieser made way for the American.

The industrious Kane saw a 25-yard free-kick pushed behind by Asmir Begovic before the winner soon arrived as Morris did what he does best, getting on the end of another delicious Mowatt set-play and glancing home a header for a priceless victory! 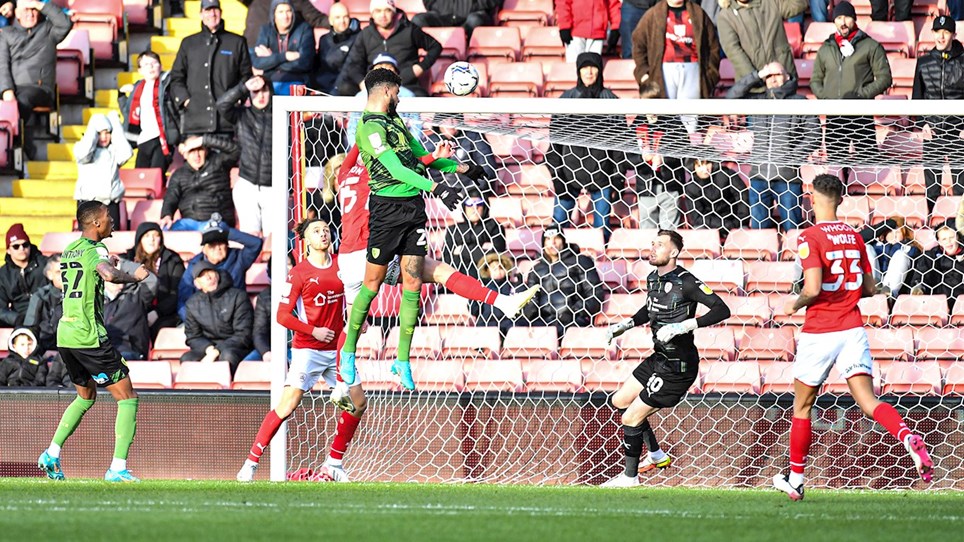