With the international break upon us, the players are enjoying some richly-deserved time away from the club as they look to recharge their batteries for the final eight games of what has been a truly magnificent campaign so far.

A total of 64 points have been accumulated from 38 outings, which is no mean feat, but when you consider Barnsley failed to win any of their opening seven Sky Bet Championship matches, it just goes to show how far this spirited team has come over the past few months.

We caught up with Conor Chaplin, who took the time to speak to us in the middle of a home workout – “Let me just do this last rep of chin ups!” – to discuss how he felt the Reds had fared since we got underway back in September.

“When the new gaffer came in, we picked up a bit and we were still inconsistent in terms of results and performances, but the gaffer sort of got everything that he needs to get across now and I think you’ve seen that in the last 12 games – the run that we were on before the weekend.

“It put us in good stead for the rest of the season and on the cusp. As long as we keep going, get a reaction from the weekend just gone against Reading, but we’re looking forward to what’s to come as well.”

Since Valérien Ismaël arrived at Oakwell in November, the message has been clear and simple: one by one. 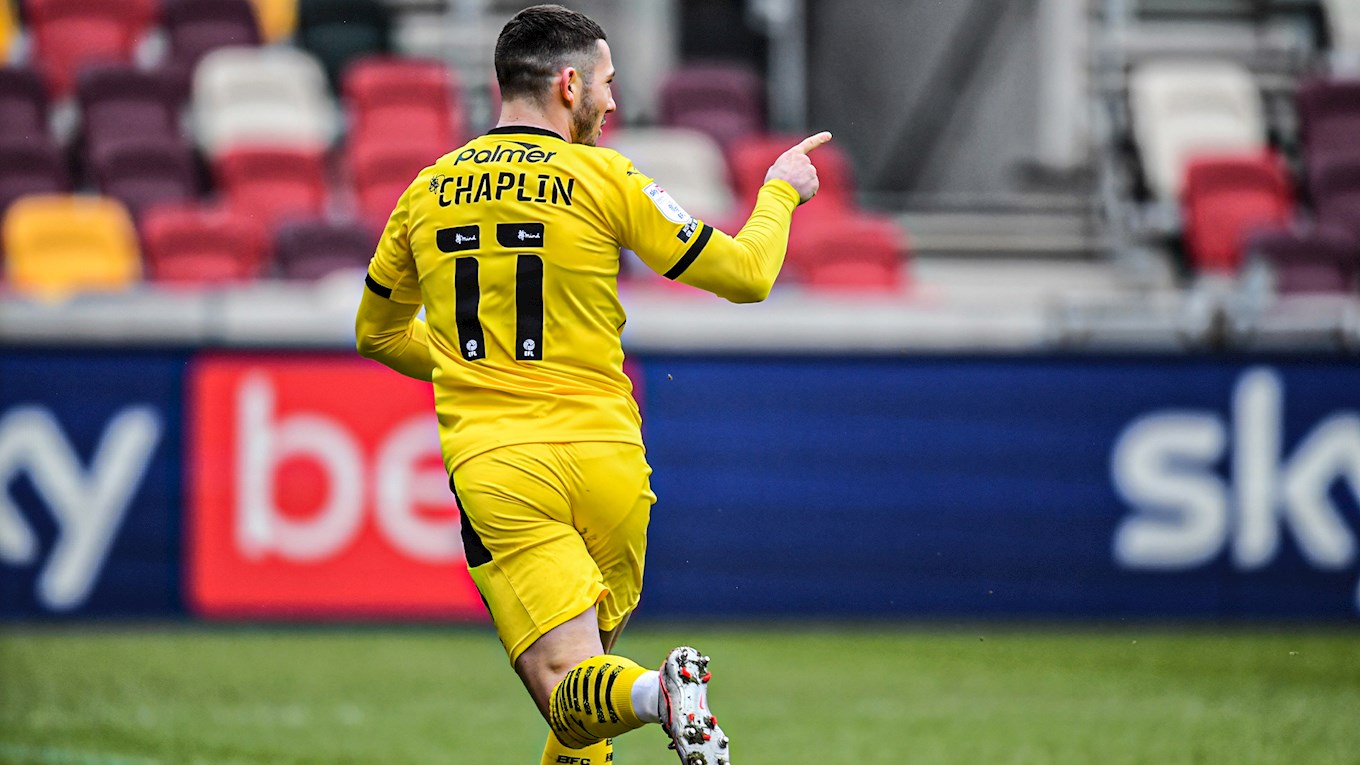 Barnsley’s gradual march up the table has been nothing short of sensational – as have the performances along the way as the Reds casually swept aside Brentford and Bournemouth in recent weeks.

However, Chaplin insists that he and his teammates have to maintain that mantra as oppose to looking too far ahead to ensure they end the season with a flourish.

“I think it still has to be that because you look at the result at the weekend and that was disappointing, not least because it was a derby and it means a lot to the fans, but because we were on a good run and wanted to keep that unbeaten run going,” continued the 23-year-old.

“So we’re disappointed that that’s finished, on one hand, but on the other hand, we’re fully focused on creating another run, another winning streak. We’re not stupid; we knew we were going to lose a game between now and the end of the season – we weren’t going to go unbeaten all season.

“But it’s just about the next game and creating that next run, the next winning or unbeaten streak as soon as possible and that’s what we’ll be looking to do.”

There are 24 points still to play for in this breathless campaign and the Reds will return to Oakwell on Good Friday, live in front of the Sky Sports cameras, to face Reading in a proverbial six-pointer at the top of the table.

It is another opportunity to generate momentum ahead of the final furlong and, given Barnsley’s record under Ismaël, there will be very few teams relishing a trip to South Yorkshire. 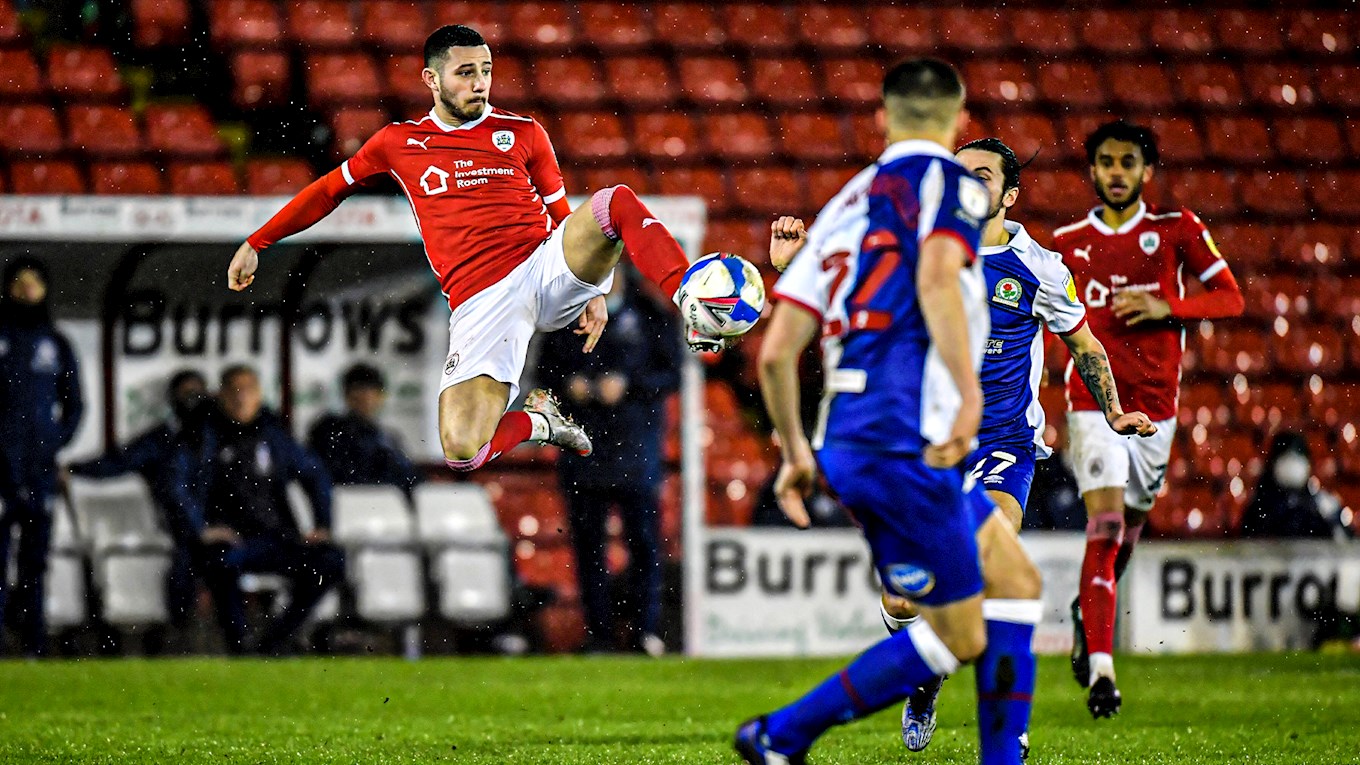 Chaplin says he and his teammates are proud of what they have achieved so far this term, and they are looking forward to kicking on and keeping their standards high.

“We want to accumulate as many wins and as many points as possible,” he asserted. “We’ve got eight games left now and, if you look at the win percentage since the gaffer has been here, it’s north of 50% and that’s something we don’t want to get any worse.

“We want to keep that trend and keep that points per game tally up; it’s something that means a lot to us. We want to go on another run because it meant a lot to us to go that long unbeaten and it took a lot of hard work and team spirit.

“They’re the things that you work for during the week and they’re the things you look for as a footballer, to go on these runs and have good times and come through bad patches. That’s what we’ll be looking to do and everyone is excited for that.

“It’s a good break now for a rest to take your mind off football and the schedule, and when we come back, everyone will be champing at the bit to get back at it.”

Of course, the integral cog in this wondrous machine has been Ismaël himself. Our Head Coach has transformed this team from a side used to losing to one that refuses to give up.

The belief amongst the players is clear for all to see and Chaplin reserved special praise for Ismaël, who has instilled a confidence amongst his squad that they have the ability to overcome any challenge thrown at them. 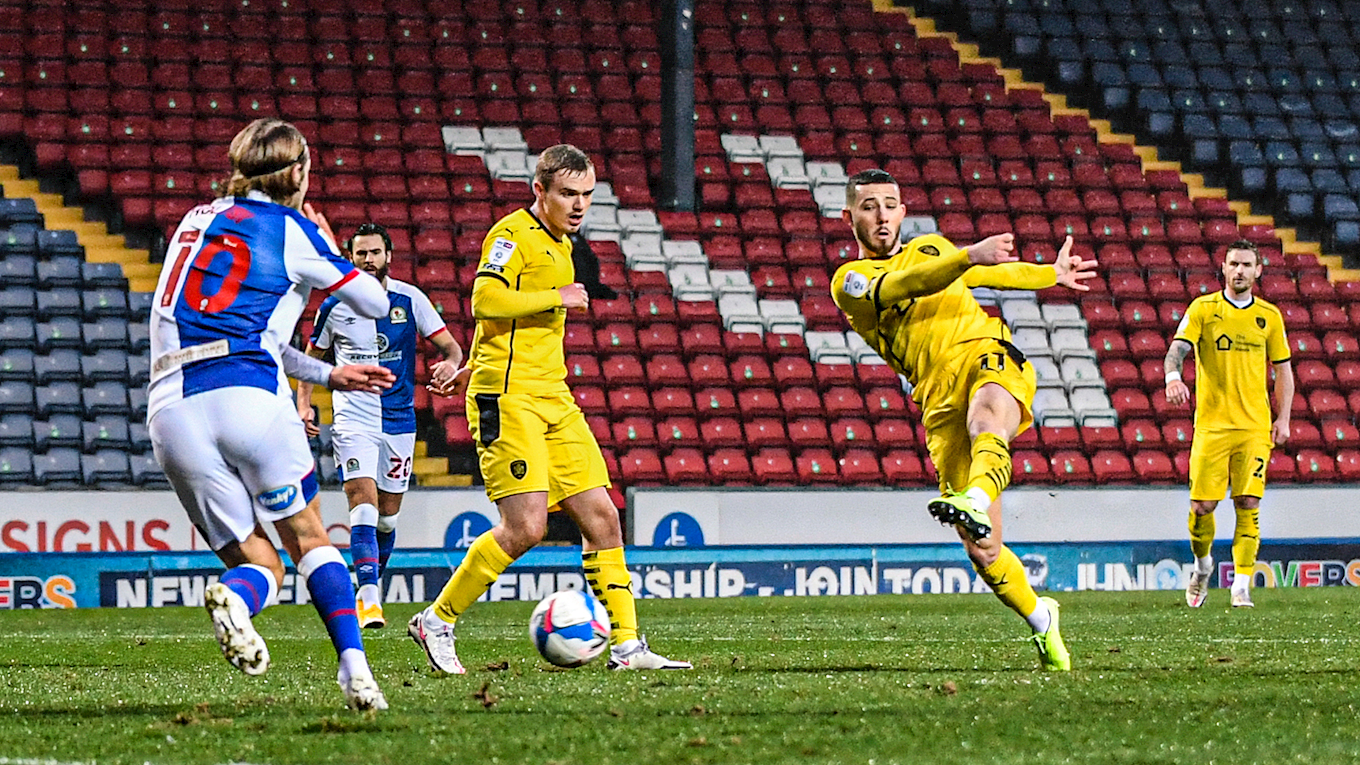 “He’s been really good,” lauded our forward. “I’ve spoken quite a few times about the gaffer in terms of how big an impact he’s had on individuals and us as a team. I think he’s been brilliant and I honestly don’t believe we would be in the place we are now without him – I think he’s taken us to a new level, completely.

“Probably the biggest thing is that switch in mentality. I always revert back to his first interview – I listened to it as soon as he came and he said it’s not about one, two, three or four wins, it’s about six, seven and eight.

“When I was listening to that on the back of not winning the first seven games, I was thinking ‘What’s going on here? I’m not sure he realises what the league is’, but he really has changed the whole mentality – not just of the players, but the coaching staff and whole club.

“He said it in his first interview and we’ve achieved that a few times, four wins, five wins and we had the run of seven wins on the bounce, and that’s what he said the first day he came here. It’s the mentality of speaking out and acting upon it.

“People might have thought it sounded daft at the time but, looking back at it now, it sounds genius and that’s what mentality does for you. I believe in that massively that he really has transcended that mentality and thoughts onto the pitch, and you can see that with the results and the league table.”