He was certainly catching the eye, with then-Head Coach, Gerhard Struber, often seen waxing lyrical about the tenacious full-back’s performances during our high-tempo training sessions and putting himself well in contention for a start against Nottingham Forest in the Carabao Cup.

All that was about to change, though, for Ben.

Four days into the camp, he went in for a 50-50 challenge and ruptured his ACL. It’s an injury no professional sportsman wants. Those three dreaded letters carry so much anguish and despair, particularly for a young lad pretty much at the start of his career.

“It’s a tough one to talk about,” admitted Ben. “It’s one of those tackles where I’ve gone in, planted my foot and got a knock on the outside of my knee and my knee went inwards a bit. When I went down, I didn’t think it was anywhere near as serious as what it was and just thought it was a little knock.

“I thought it was the impact of knee on knee – I’ve had that a few times over my career, just a little clash of knees. But, when I tried to get back up, my knee didn’t really feel like it was stable, really, and then Sedge came on and checked it out and took me inside to do some further assessments and from there on it was just a bit of a waiting game to see what it was.

“We’d had a few heavy days previously, leading up to it. You always have that in pre-season, a bit of fatigue, but I don’t think it had any part to play in the injury. I still felt good and it was unfortunate that the tackle came in like it did – it was just a freak incident, really.

“I’d been in to so many tackles and it was just the way my foot was planted, so when your knee goes in like that your ligament can’t cope with that force and it’s a typical mechanism for people to do their ACL. You only have to look at certain other footballers who have had the same injury; it’s the knee going inwards that causes the injury.”

Although we didn’t know the extent of the injury at the time as Ben was driven off the pitch on a golf buggy by kitman Chris with Sedge, we knew it would be the end of his training camp.

He was assessed in the physio room at St. George’s Park and, after the session had finished, the rest of the team filtered in to try and console an emotional Ben, who was naturally devastated about what had just happened.

Words of encouragement were offered to try and keep his head up, but it was a low point for ‘Benj’, as we like to call him, as he returned home to Barnsley that evening, ready to travel to Leeds the next day for an MRI scan, fearing the worst but hoping it wouldn’t be as bad as first thought.

“I went for a scan early morning the next day and I think I had the results around lunchtime,” he said. “I got a phone call off Sedge to break the news to me and it was a tough one to take.

“As soon as he told me I started crying. I don’t want to write this season off but, in your head your season is basically over. You’ve got such a long period out of the game and not being able to do something that you love doing – something that’s your job.

“You wake up every day wanting to do something you enjoy and football is that happy place, really. To have that taken away from me in a split second – as soon as I heard ‘ACL’ I just froze. You sort of zone out. Hearing that news, for me, there’s probably not much worse.”

Order your Preston North End edition of Grove Street to read the full interview with Ben. 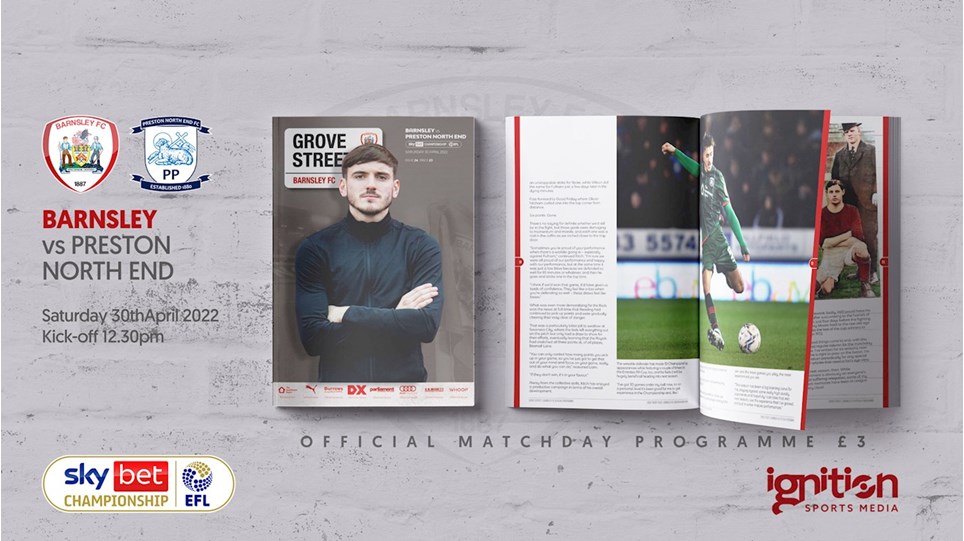 PICK UP YOUR PRESTON EDITION OF GROVE STREET


We welcome Preston North End to Oakwell this weekend for our final home Sky Bet Championship fixture of the campaign.