“I’ve kicked a ball since I can remember!” Chaplin began as we went right back to the start of his life as a footballer, almost in the literal sense, as he explained.

“I used to go to bed with a football. It’s been my life I suppose, this game we love.

“I’ve always had my dad, my grandad and my brother with me who are all football-orientated themselves so I was football mad from the start. My mum has photos of me with a ball at my feet from when I was really young, like a year-old or something.”

For many youngsters growing up, their ambition to be a professional footballer can often be to the detriment of their education in the classroom. We’ve all heard the stories of famous players being told by their teacher to knuckle down in class because they’re unlikely to make the grade in playing the sport they love.

In a study from a couple of years ago it was suggested that just 180 of the almost 1,500,000 boys playing organised youth football in England would end up making it as a pro in the Premier League; there’s thought to be less than a 1% chance of making it as a professional in the game.

Our 24-year-old forward admits his focus also waned in class, with his eyes firmly set on becoming an example of that one in a hundred, and fulfilling his boyhood dream.

“I quite enjoyed school.” Conor told us. “I was really good with my schoolwork until I was in Year 11. And that’s because by then, I knew I was getting a scholarship and so I don’t think I paid as much attention as I should have.

“I used to train – when I was a scholar – with Pompey at 5pm, 6pm or something. But I’d already be playing a game at school so I’d be there, in rush-hour in the car on my way to Pompey, we’d be training inside there and I’m there with dirty knees having already played for the school team. I hated it if I had to miss a school game. I just loved playing games.

“That was always the best thing about school when you got to leave lessons early because you were off with the school team playing football!”

Order your Luton Town edition of Grove Street to read the full interview with Conor. 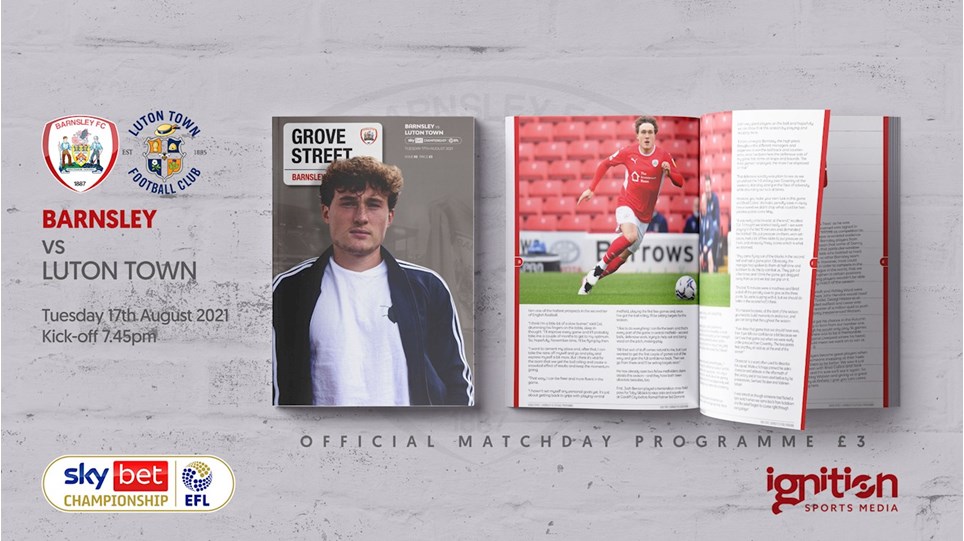 GET YOUR LUTON TOWN EDITION OF GROVE STREET


We’re back at Oakwell for the second time in the matter of days, which means there is another edition of GROVE STREET available for you to get your hands on.