Striker Cauley Woodrow is looking forward to the weekend and helping the Reds progress in the Emirates FA Cup.

The 10-goal top scorer is sure that Barnsley will regain their goalscoring touch in the near future having been shut out in their last three league fixtures.

Impressive performances in those games weren't rewarded with points and the Reds' forward momentum has stalled in 2021.

But Saturday's visit of Norwich City in the FA Cup offers the players another chance to test themselves against the best side in the Sky Bet Championship.

"We've been so close to getting something out of these defeats. Tuesday night at Watford I should have had a penalty. But we lose 1-0, and they got their penalty.

"At Norwich we had a couple of chances but didn't take them.

"They've been tight games, we've certainly competed but this is football. It goes like that sometimes.

"It's not a crisis. The goals will be coming in the next few games, no doubt about it." 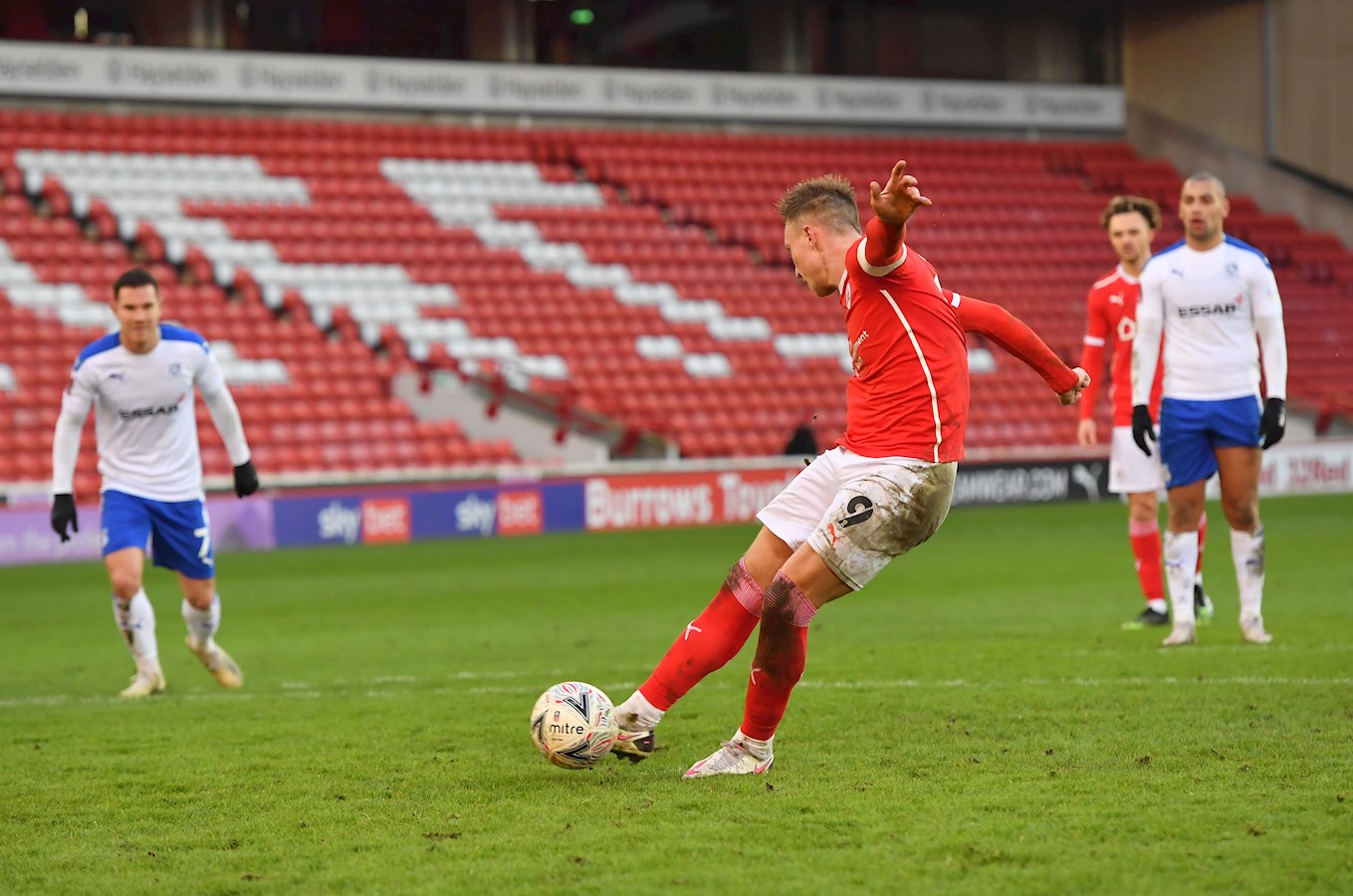 The 26-year-old marksman is a big fan of the FA Cup, harking back to his formative years with Fulham.

He believes a cup run is more than possible and sees no reason to fear Saturday's opponents.

"We know Norwich, they're in our division and we played them just recently. It's basically a Championship game.

"We are going to look to beat them, get to the next stage and who knows? It's the FA Cup.

"I made quite a few appearances in the competition as a youngster with Fulham, I've a good record of scoring in the cup so hopefully I can keep that up and we get the right result on Saturday."

The Reds striker looking ahead to the Emirates FA Cup tie.