Barnsley Football Club welcomes supporters, players and staff from all backgrounds, regardless of race, religion, gender or sexual orientation. As a Club, we are committed to providing an inclusive environment for all, yet 43%of LGBTQ+ people think public sporting events aren’t a welcoming space for them (YouGov for Stonewall, 2017).

The group will be open to all supporters, with the ultimate goal of enabling Reds to connect with others and create a community within the fanbase. In addition, as a Club, we want to educate. 20%of sport fans think anti-LGBTQ+ language is harmless if it’s just meant as banter (ICM for Stonewall, 2020). Discrimination of any kind is not tolerated, or welcomed at Oakwell.

Once a number of supporters are involved, we hope to host regular events and activations which allow the group to grow organically.

This announcement comes on Rainbow Laces day, and in a show of solidarity for this movement, the Club lit up the South Stand in spectacular rainbow lighting ahead the Sky Bet Championship clash against Swansea City.

Barnsley FC will continue to strive for change and ensure that Oakwell is a safe place for everyone.

If ever you see or hear discrimination at or during a Barnsley FC fixture, text us in confidence – 60777, start your message with “HATE”.

REDS TO CONTINUE FIGHT AGAINST HUNGER


Almost 300kg of items was collected by Reds in the Community on Friday evening, along with over £1,600 raised online. 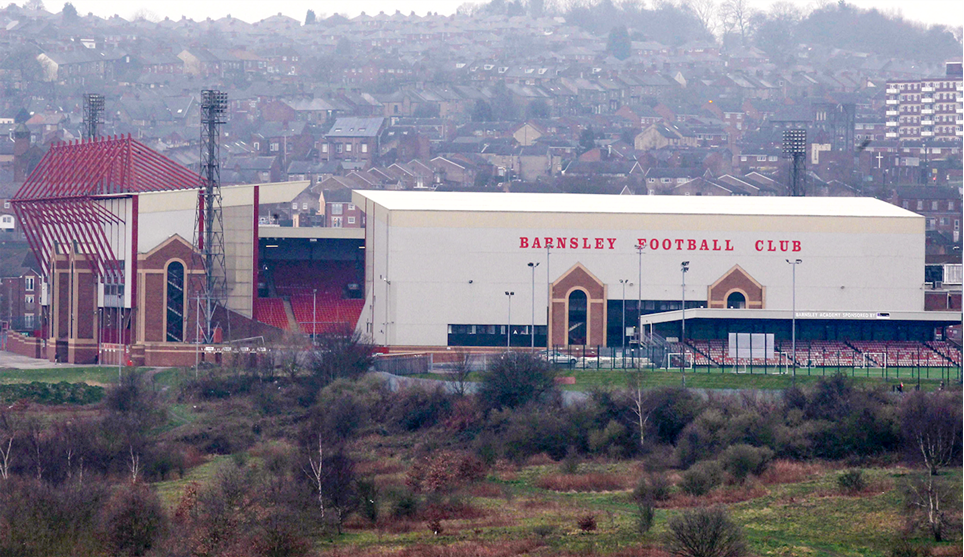 
Following the Prime Minister’s announcement on Wednesday evening, the Government have announced that ‘Plan B’ Covid-19 measures will be enforced from Wednesday 15 December 2021. With that, Barnsley FC...