Fresh from netting his first goal in front of supporters, Callum Styles says he is eager to experience the roar of the crowd once more as he saw the net bulge with a wonderful strike.

Our mercurial midfielder took aim from 20-yards and bent a thunderous effort into the top corner to give us the lead inside the opening seven minutes, and it will certainly be a strong contender for our August Goal of the Month award.

“I wish it was the other goal!” he declared, referring to our raucous Ponty End, speaking to iFollow Barnsley. “But it was very good to score in front of our fans and to experience that noise that they create. It’s just a good feeling for all the team and all the fans.

“It’s my aim to help out the team and get more goals and assists and to win games.”

Unfortunately, the Reds were unable to hold onto that advantage as Lukas Jutkiewicz stole in to level just after the half hour mark.

After that, the visitors looked more likely to leave with all three points, but Barnsley showed excellent resilience to claim a hard-fought draw against a tough Blues side.

“I thought we started bright,” discussed Styles. “We controlled the game for the first 30 minutes, obviously we were 1-0 up, and we just conceded – it was too easy; the goal was too easy to concede – and we lost control of the game in the second half and they put us under a lot of pressure.

“We’re a talented side and we should be able to see the game out. We’re all experienced in the Championship and they’re good opposition, but we’re a very good team as well. So, it’s positive to pick up a point, but we should keep control to get the three points.”

Our goal scorer reflects our draw with the Blues 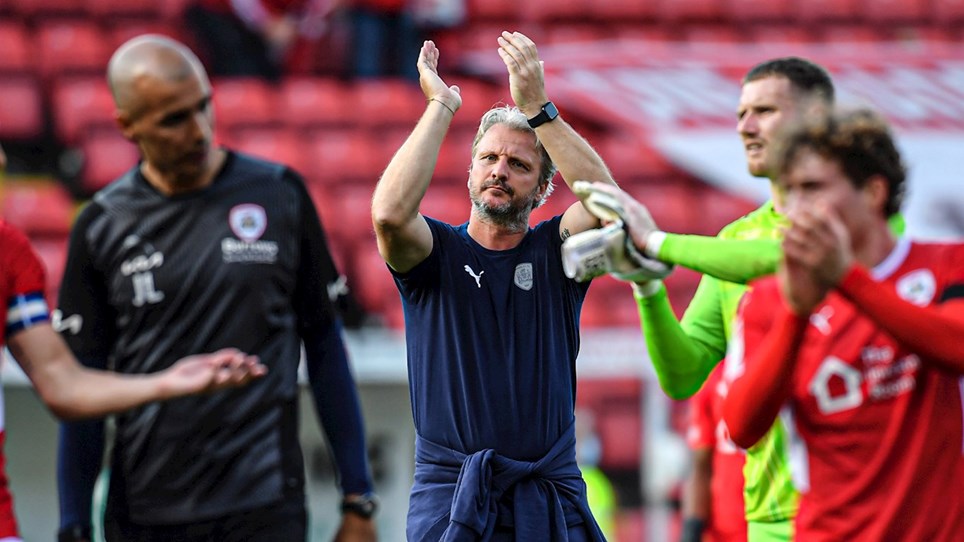