Ahead of this weekend's final home game of the opening month of the season, the Club has issued the following information.

ALLOCATIONS FOR AWAY SUPPORTERS / MATCHDAY STEWARDING

Following police advice we have restricted the North Stand capacity for visiting supporters to 2,057 for this weekend’s upcoming fixture against Birmingham City.

Therefore, the decision was taken to make this an all-ticket fixture for both home and away supporters with no facility to purchase tickets on the day of the game.

In addition to that advice from South Yorkshire Police, we wanted our supporters to be aware of ongoing issues surrounding the recruitment of matchday stewards. Like many other clubs across the country, we are struggling to recruit, train and assess stewards to fall in line with current demand.

Due to the effects and impact of the coronavirus pandemic, the stewarding industry has seen a large amount of people leave due to the lack of work over the last 18 months and so whilst we are doing everything we can to accelerate this process, it is likely that this problem will persist for the next few weeks or even months. We therefore had to take the tough decision to restrict the numbers of away fans in the short-term. 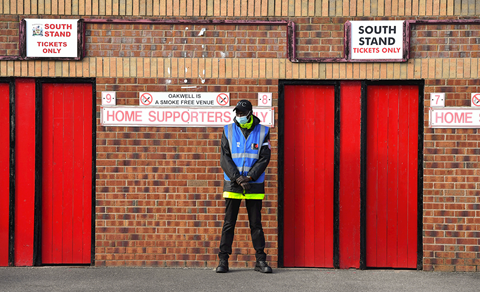 Supporters may also have noticed that on occasion, we have limited sales in the West Stand. This is again down to supporter safety regards stewarding, and is not a structural issue. Rest assured, as a Club we are doing all that we can to support our safety partners in the recruitment process.

We would like to reiterate, the shortages are currently affecting all stadia and hospitality events and are not unique to Barnsley Football Club and our chosen security partners. The senior management team at Doyle Security has worked tirelessly with the Club to recruit and train new staff in an attempt to ensure that the Club are able to open the ground to spectators.

As a Club, we apologise for any inconvenience caused by these ongoing difficulties, but we will not compromise on public safety and are committed to ensuring this problem is overcome as quickly as possible and thank our fanbase for their patience and understanding on this matter.

As we communicated on August 11, the Beevor Court entrance is now a designated emergency rendezvous point, meaning it is closed on home matchdays to all supporters, vehicles and pedestrians.

Whilst we appreciate the inconvenience this has caused, again, as a Club we will never compromise on public safety. We thank our affected supporters for their understanding. Whether that be our members in the executive areas of the East Stand, or those who would ordinarily have used the route as a drop-off/pick-up point. We are also aware that the closure is having a knock-on effect with the traffic on Pontefract Road.

The decision was made following the inquest into the Manchester Arena bombing where one of the key findings was the need for one RVP for all emergency services.

With the ability to ingress and egress the East Stand car park via Beevor Court removed, we have to reduce the capacity of the South Stand main car park to allow for the additional flow of vehicles using the entrance and exit gates. The pay on the gate facility has therefore been removed. However, we have released a limited number of spaces for those wishing to purchase a South Stand seasonal pass or purchase an individual game pass in advance.

We are working alongside our ticketing partner, Ticketmaster, to try to resolve the ongoing issues regarding some of our Reds Membership season cards not scanning.

Affected supporters should be assured that their membership is secured and the issue is purely a technical one. We thank Ticketmaster for their support and their ongoing urgency in resolving the problems.

We will continue to keep supporters updated as we aim to fix this issue, but would again advise all supporters to have their digital version at the ready via their mobile devices should we continue to encounter the same issue.


The Reds' Carabao Cup journey for 21/22 begins with a midweek trip to Bolton Wanderers. 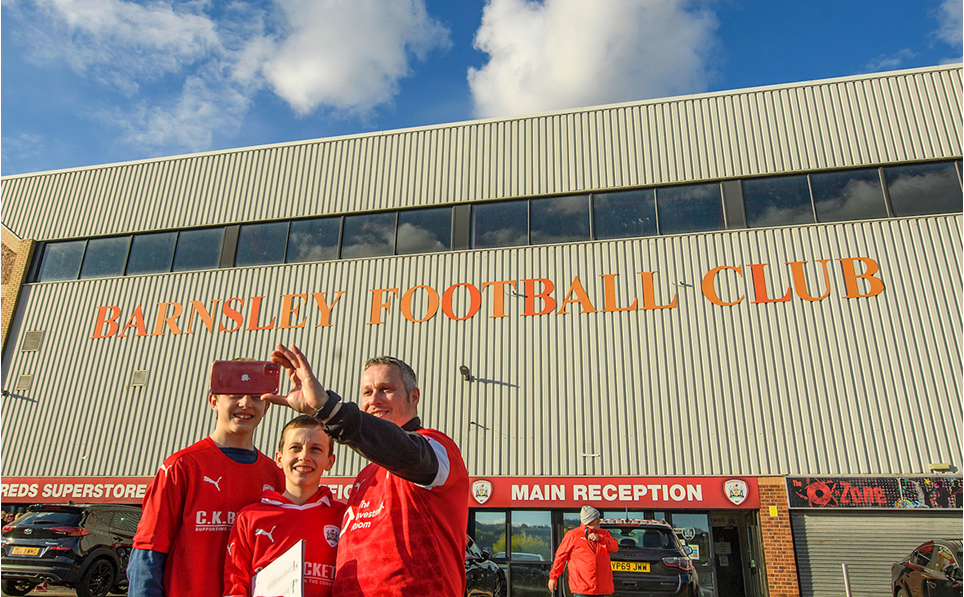 
The Reds will be operating the same category pricing system for Oakwell fixtures during the 21/22 Sky Bet Championship season.


With the Sky Bet Championship season well under way now, we want to thank supporters for their patience and understanding.