Everything you need to know about our first home game of the 21/22 season, as we welcome the Sky Blues to Oakwell!

After 525 days, we finally welcome back all of our wonderful supporters this weekend, for matchday two of the Sky Bet Championship campaign.

When the Reds were defeated 2-0 at Oakwell by Cardiff City on March 7 2020, a result that cemented our position at the bottom of the division, little did we all know what was to come next.

The coronavirus pandemic ushered in a dark period for the whole world, with lives affected in all four corners of the Earth. And football was no different. Shut down for three months, then resurrected but with massive restrictions for the next year. Within that period however, our Club shone brighter than most. And it's with real pride that we can say that, knowing our fanbase has supported us every step of the way. 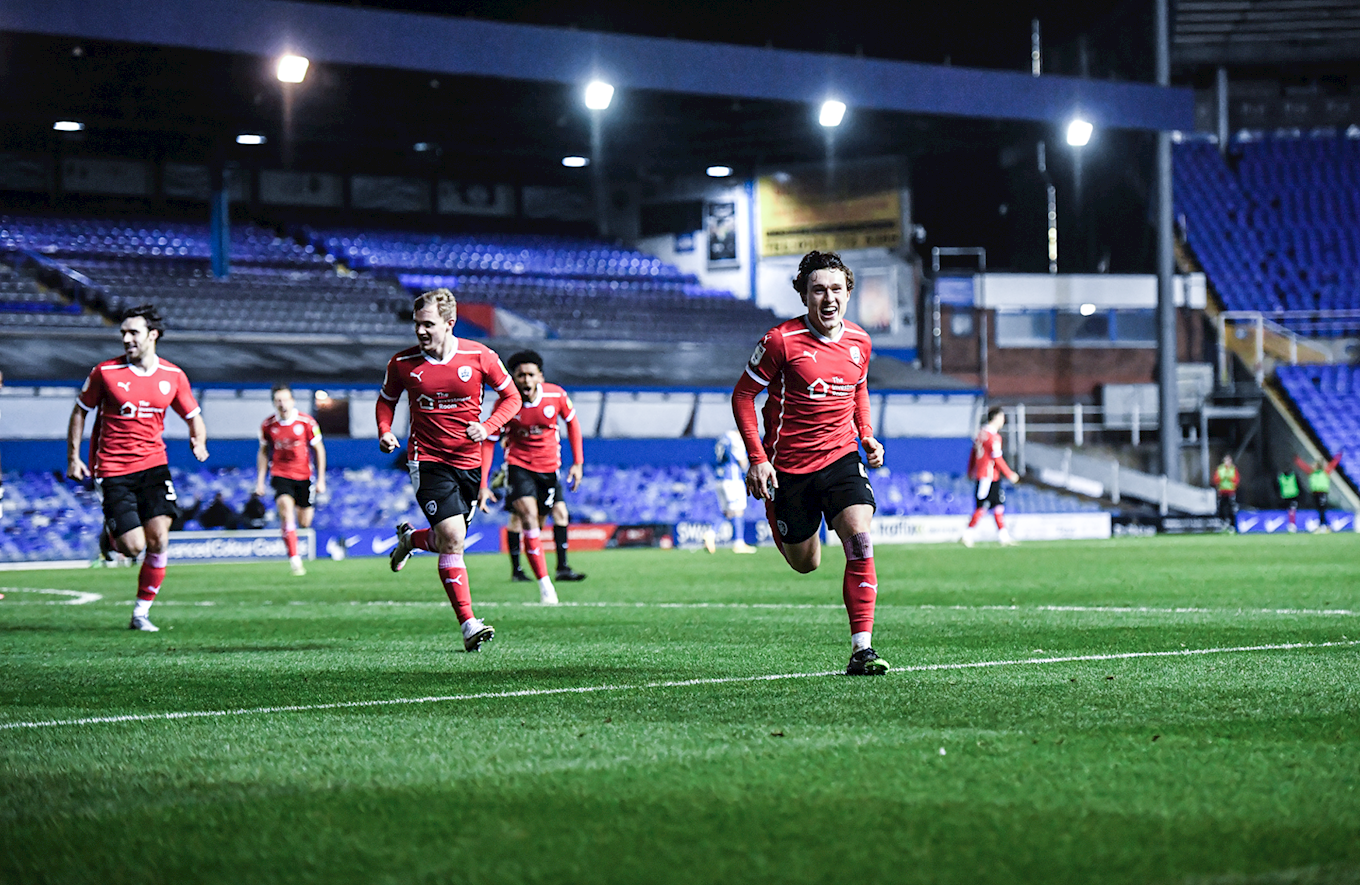 A greatest of escapes pulled off away at Brentford will live long in the memory. Last season's charge to the play-offs similarly so. But our supporters witnessed little of it in person. But now, we are back. And after the comings and goings throughout the summer, Barnsley kicked-off the new campaign in decent fashion last weekend, taking a deserved point home from Cardiff on the opening day.

In a game that both sides will argue they could have won, we had Toby Sibbick to thank the most, as the defender rattled in a second half equaliser in that 1-1 draw with Cardiff City.

Our exploits in this season's Carabao Cup were short-lived however. Eliminated at the first hurdle in midweek, defeated 5-4 on penalties at Bolton Wanderers, after a 0-0 draw over 90 minutes. It was a cruel way to exit the competition, but a much-changed Reds lineup will take positives from at least the first hour at the UniBol, whilst the fixture gave Head Coach, Markus Schopp plenty to assess. 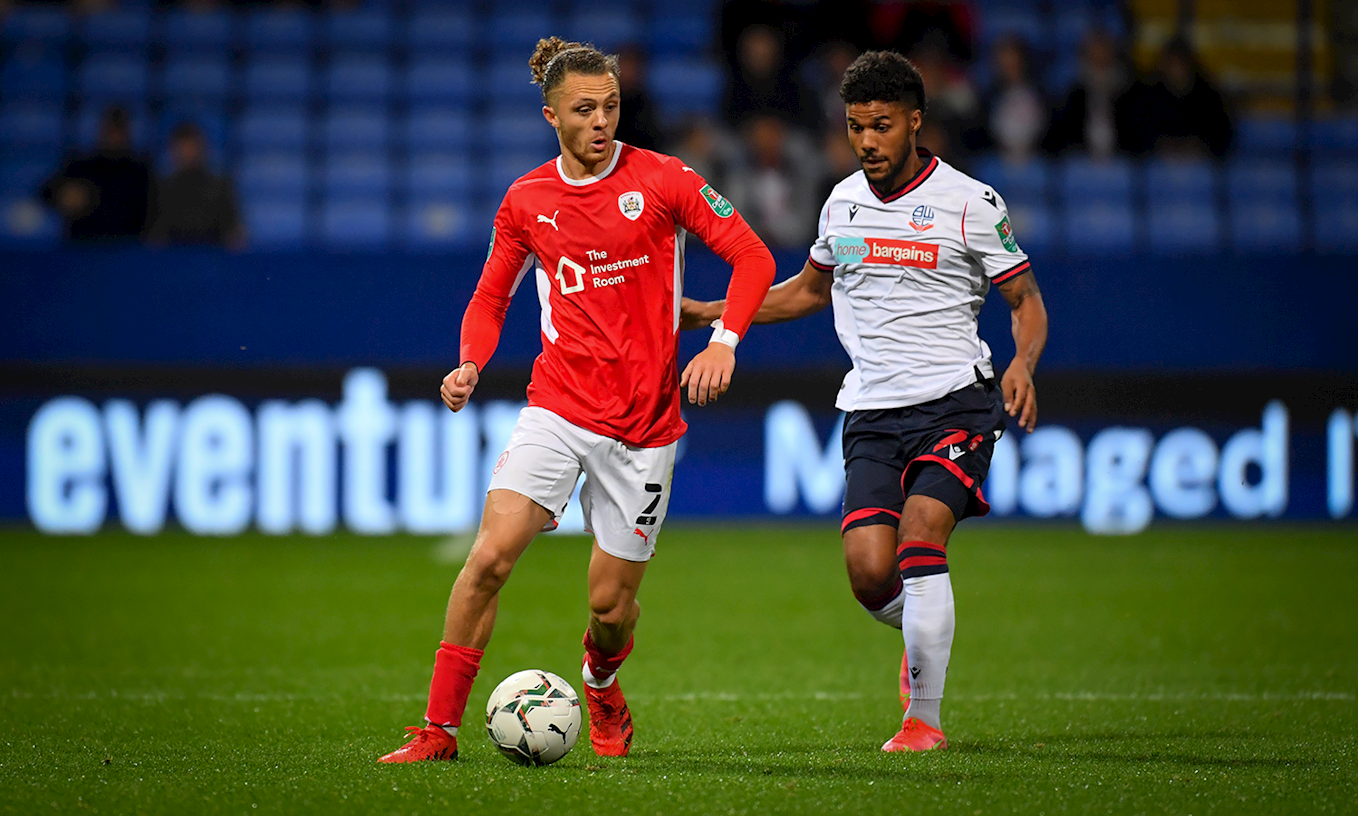 And so it's back to the bread and butter of league football this weekend. The Reds welcome a Coventry City outfit who find themselves with good momentum, having began the new campaign how they ended the last - winning games.

The Sky Blues, led by former Reds gaffer Mark Robins, kicked off their Sky Bet Championship season with an opening day home win - back in Coventry after two years away - against Nottingham Forest. After going behind to Forest in the first half, the home side struck an equaliser in the 81st minute through Swedish forward Viktor Gyökeres before in the dying embers, defender Kyle MacFadzean squeezed home the winner to send the majority of the 21,000 crowd into raptures. 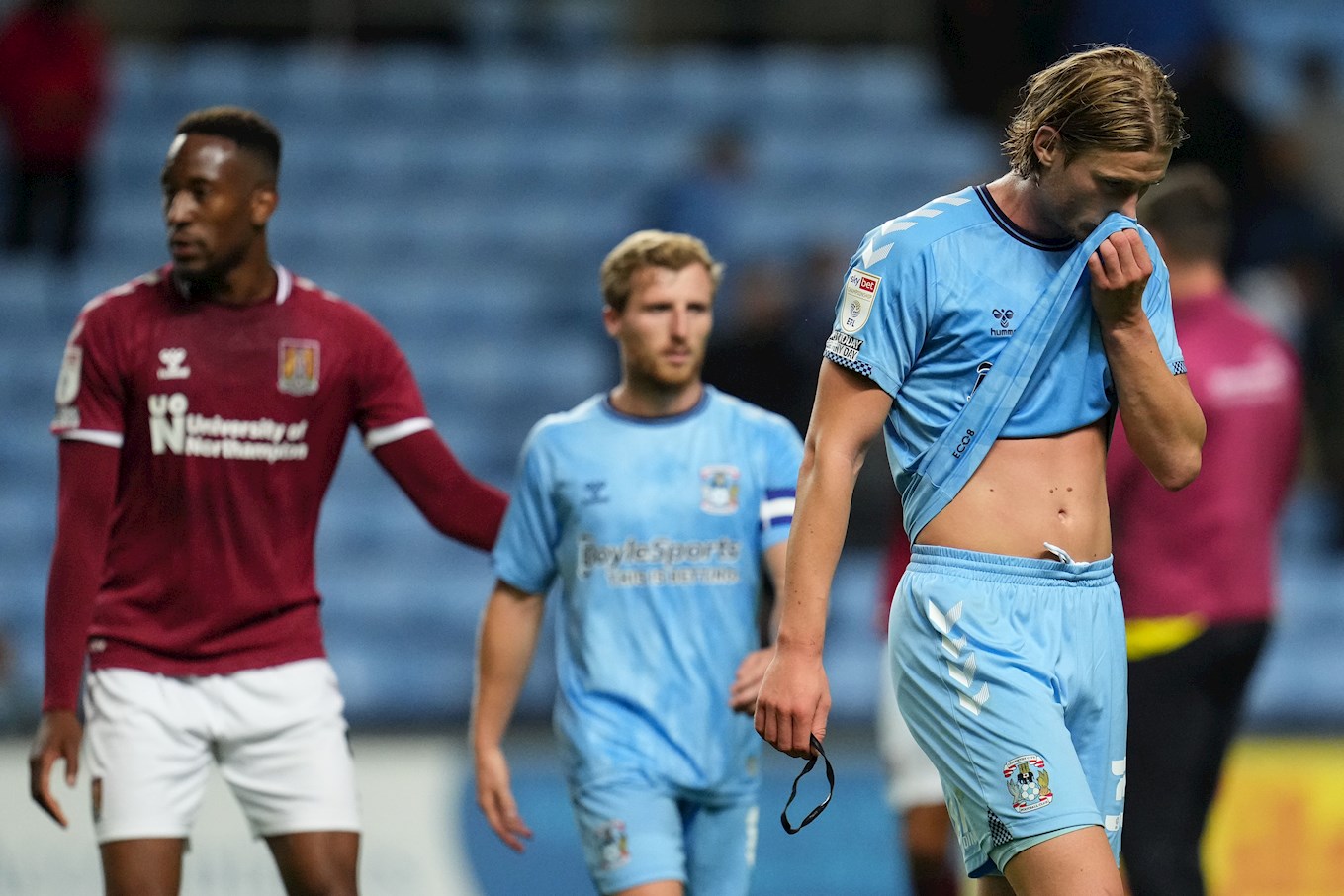 But like the Reds on Tuesday night, the Sky Blues made an early exit from the Carabao Cup; knocked out on home soil by Sky Bet League Two outfit Northampton Town. This time, it was Coventry who went ahead, through Tyler Walker's effort but a second half brace from Kion Etete saw the Cobblers through to the second round.

It's a good mix of youth and experience when looking at the Coventry City squad. But it's in midfield in particular where we feel the Sky Blues most often flourish. Whether it's the presence of Ben Sheaf and his defensive-minded approach in a deeper position, or the guile of Dutch 24-year-old schemer Gustavo Hamer alongside him, our visitors on Saturday have great depth in the middle of the park. 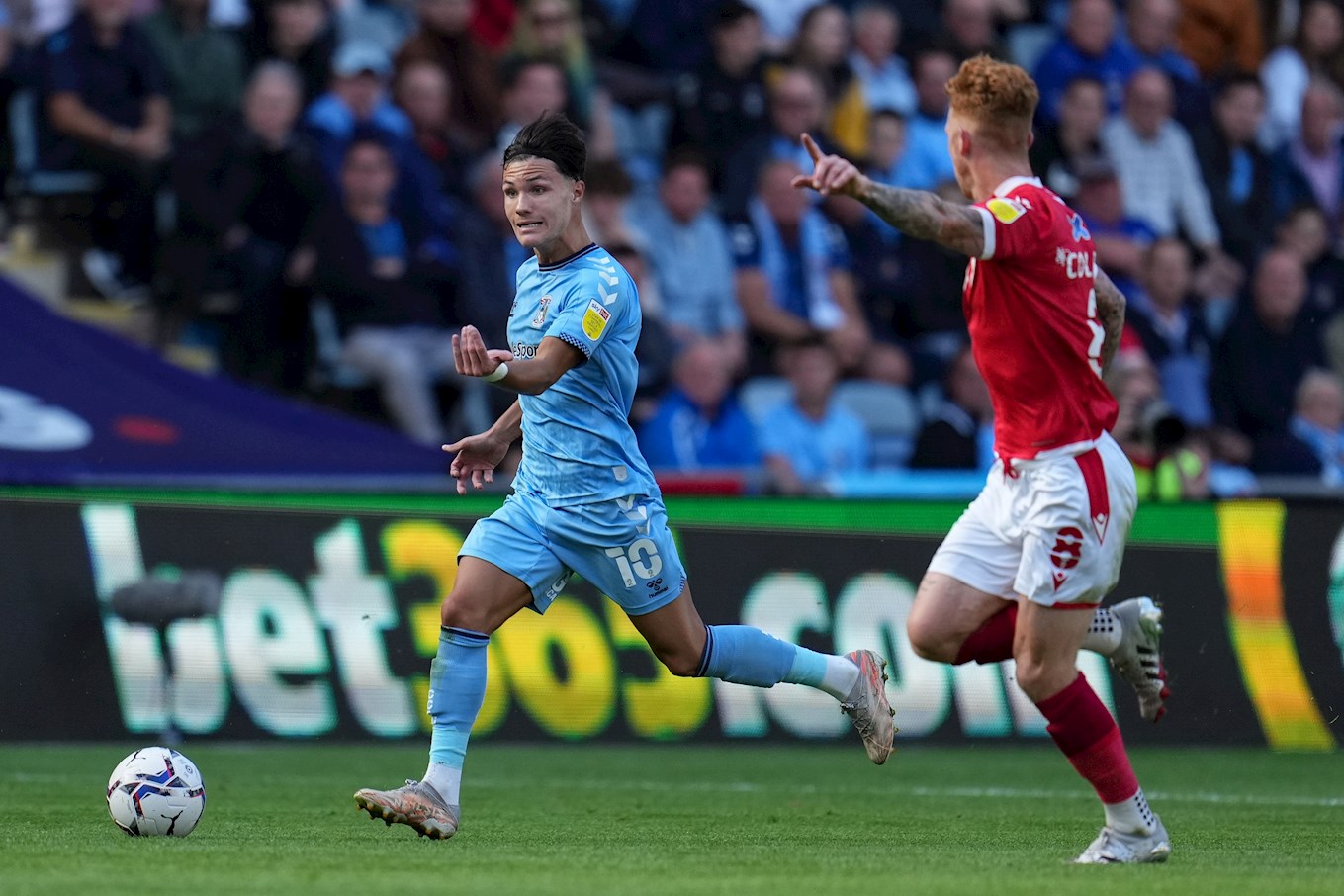 But it's Callum O'Hare who we have to pinpoint as the key player for Robins' side. Intelligent and always wanting the ball, he's a real threat in his playmaking role for the Sky Blues. But it's his work off the ball that makes him stand out in his position; talent married to application.

Whilst our away record when playing Coventry is notoriously bad, even when playing them in Birmingham, it's a different story somewhat when we host them here at Oakwell. Indeed, it's 12 years since our last league defeat on home soil against the Sky Blues.

Both of our last two meetings here ended in draws. The most recent being last season's 0-0 stalemate, which like this year, came at the start of the campaign. But the Reds haven't scored more than two goals in this fixture for 61 years. 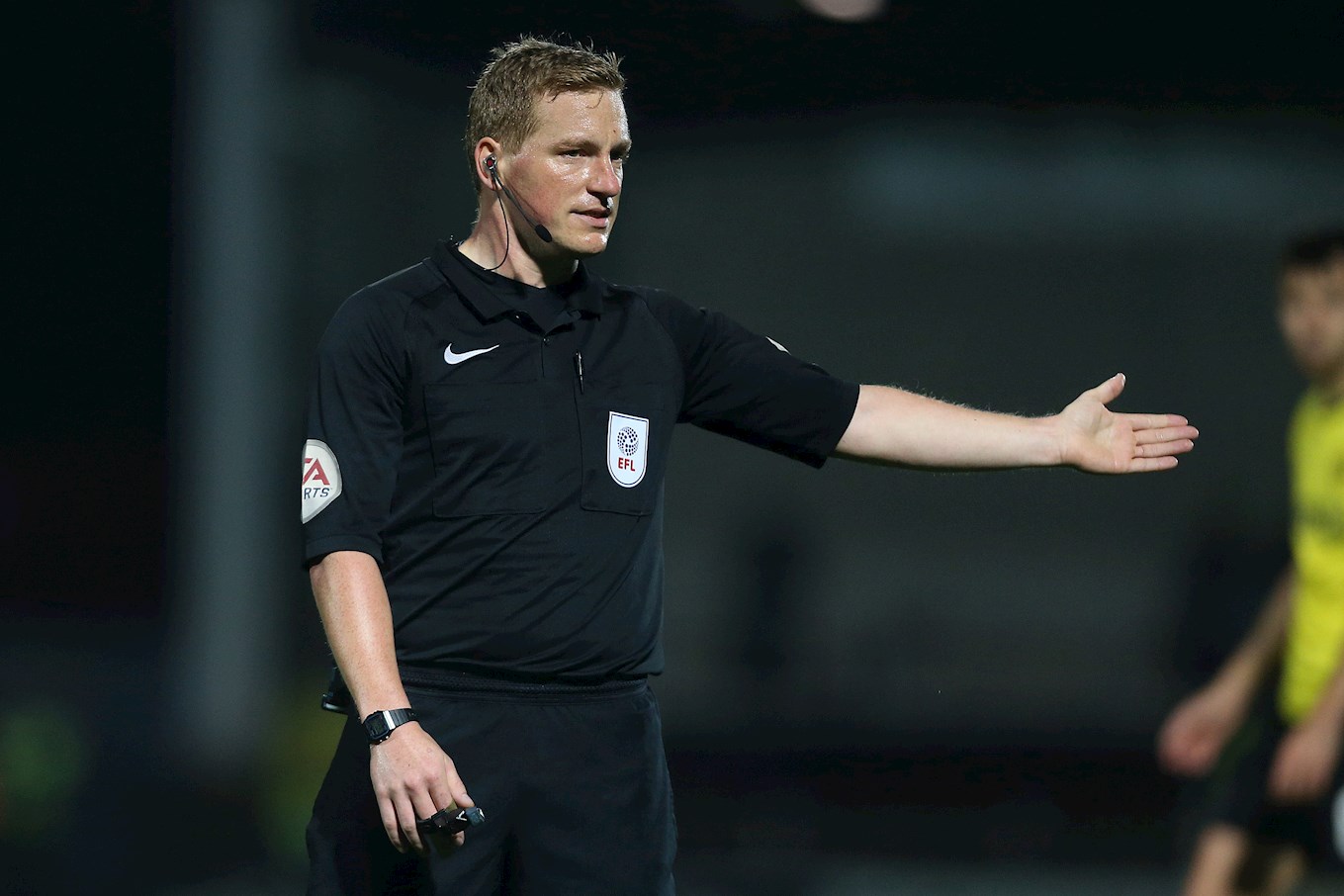 The referee for Saturday's latest encounter with Coventry City will be Mr John Busby. He last took charge of Reds fixtures in the 2018/19 promotion season, where he oversaw three victories against Gillingham (H), Accrington (A) and Blackpool (H).

Tickets for the fixture have been selling well, and this all-ticket clash will see sales suspended at 5pm on Friday 13 August. There will be no sales on the day.

This is a CAT C game, so our cheapest prices, as we welcome the Reds back to Oakwell.

In terms of domestic streaming of matches, a reminder that the EFL has returned to the position held pre-pandemic, where any games kicking off between 2.45pm and 5.15pm on Saturday afternoons are prohibited.