After back-to-back games on our travels, the Reds return to base for another big Yorkshire Derby!

Following Wednesday night's huge win on the road in West Yorkshire, seeing off the Terriers in impressive fashion to get back to winning ways, it's another local affair this Saturday.

The Reds welcome relegation-threatened Rotherham United to Oakwell in a 3pm kick-off, hoping to complete - as they did in midweek - another Derby Day double.

Wednesday evening's 1-0 win in Kirklees flattered our amiable hosts, with Barnsley failing to register the goals their performance warranted. It was very one-sided and the perfect response to a rare defeat last weekend away at Coventry City.

Some may have worried that a one-off, flat display against the impressive Sky Blues was a sign that Barnsley were feeling the pressure, the reaction against Huddersfield Town proved otherwise. 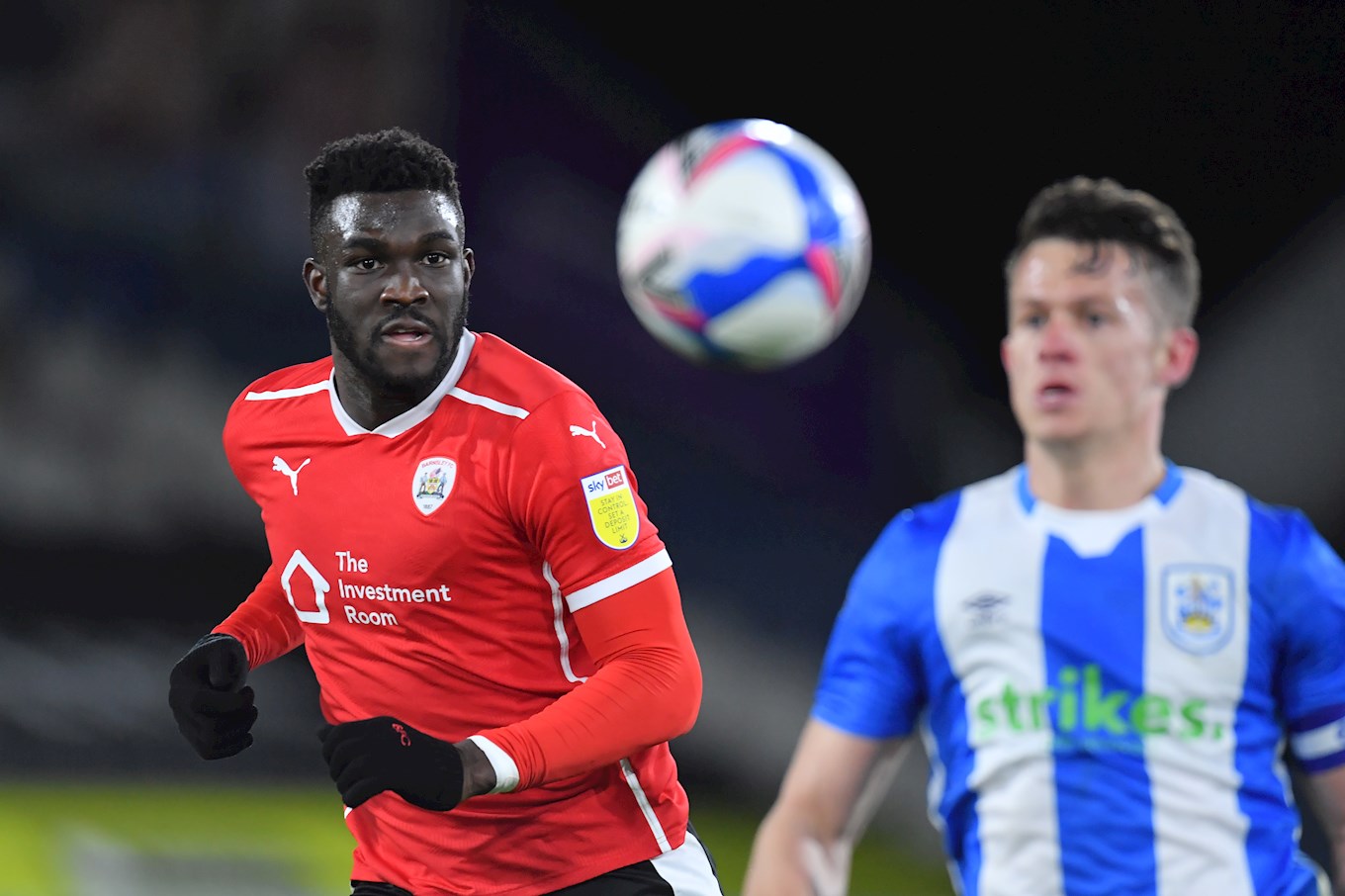 A second half stunner from Daryl Dike settled the contest in midweek, his ninth goal since joining the club and his fourth in the last four games.

It was an 11th clean sheet this season (from 24 games) for Reds 'keeper Brad Collins and he was on press duty ahead of Saturday's clash with Rotherham.

You can watch both his and the gaffer, Valérien Ismaël's pre-match press conference videos on iFollow Barnsley, as they helped preview the visit of the Millers.

The Reds boss looks ahead to Saturday's clash with the Millers.

The goalkeeper's thoughts ahead of the Millers clash.

Another three points last time out moved Barnsley onto 74 for the season, their third highest ever total at the level, with three games still left to complete.

Win number 22 (matching the efforts of the promotion squad of 1996/97) coupled with Reading FC's 0-0 draw at Luton Town on the same night saw the sixth-placed Reds extend their lead over the Royals to six points, in the race for an end-of-season playoff place. 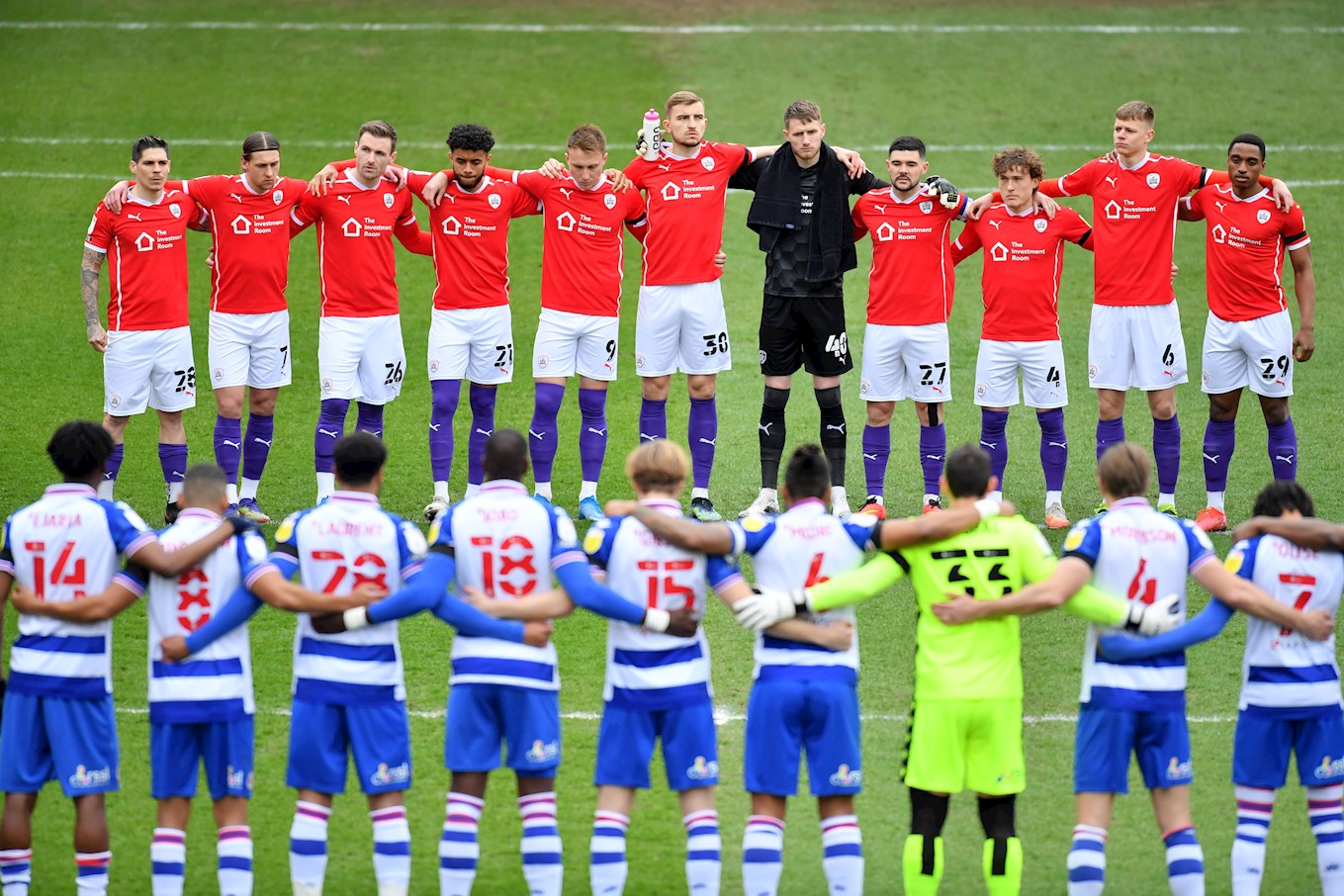 It's been an incredible campaign. One of the very best. And with those trio of matches left to play, the Reds' fate is in their own hands. A playoff place, 21 years on from their last achieved in the second tier is so very close and if results go to plan this weekend, it could be sealed by Sunday afternoon.

That's when Reading face fellow playoff chasers Swansea City. Theoretically, a draw against Rotherham on Saturday might well be enough to extend the Reds' 20/21 campaign. 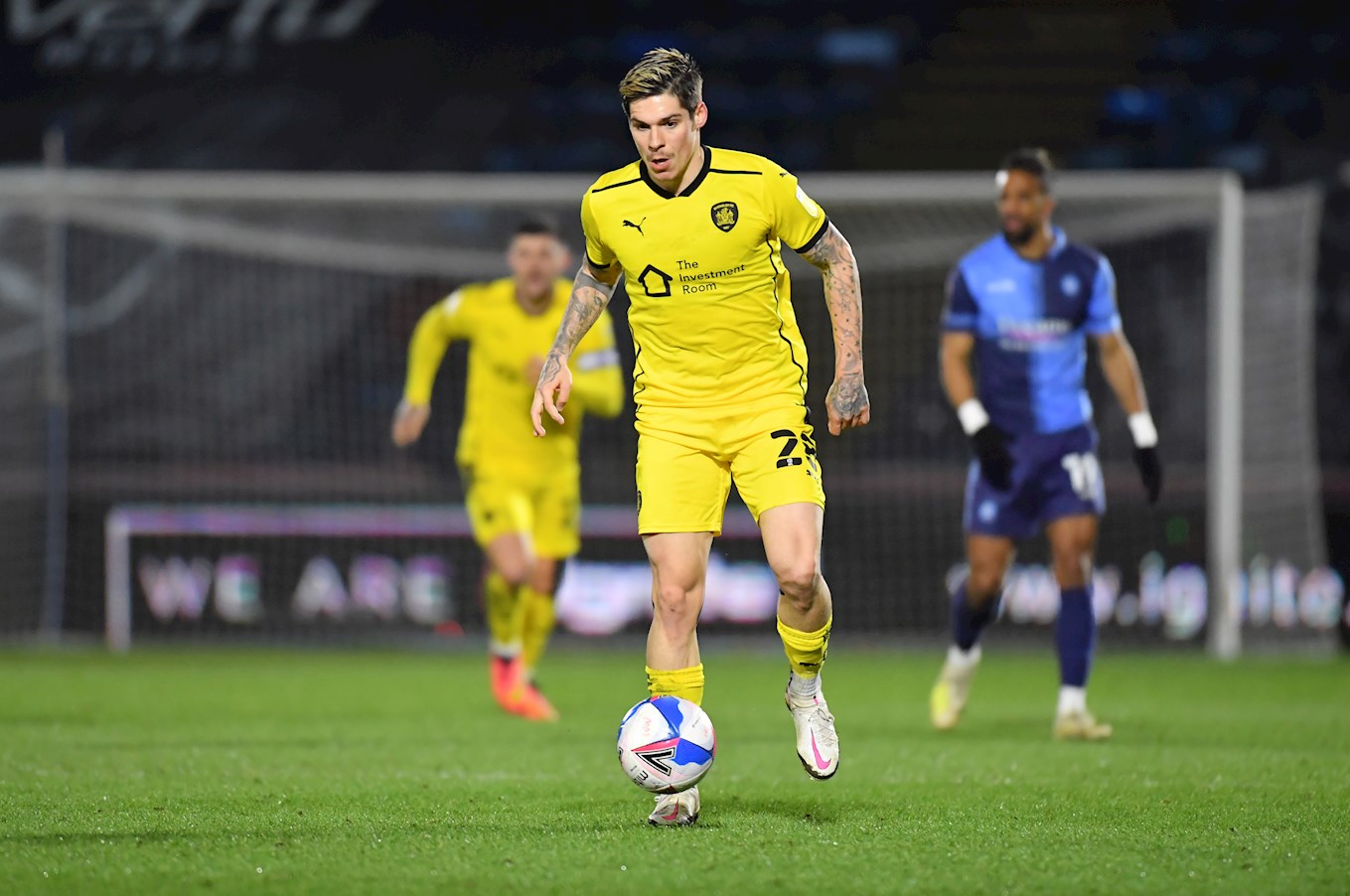 But Barnsley will be going for maximum points as ever on Saturday. Unfortunately, they'll have to try and do so without the services of forward Dominik Frieser who limped off just before half time at the John Smith's Stadium on Wednesday night.

A hamstring injury, it's unlikely - we're guessing - that he'll feature again this term, although we are still awaiting the results of a post-match scan to gather firmer information on the Iceman's injury.

The Millers will arrive on Grove Street with their own reasons for needing three points. 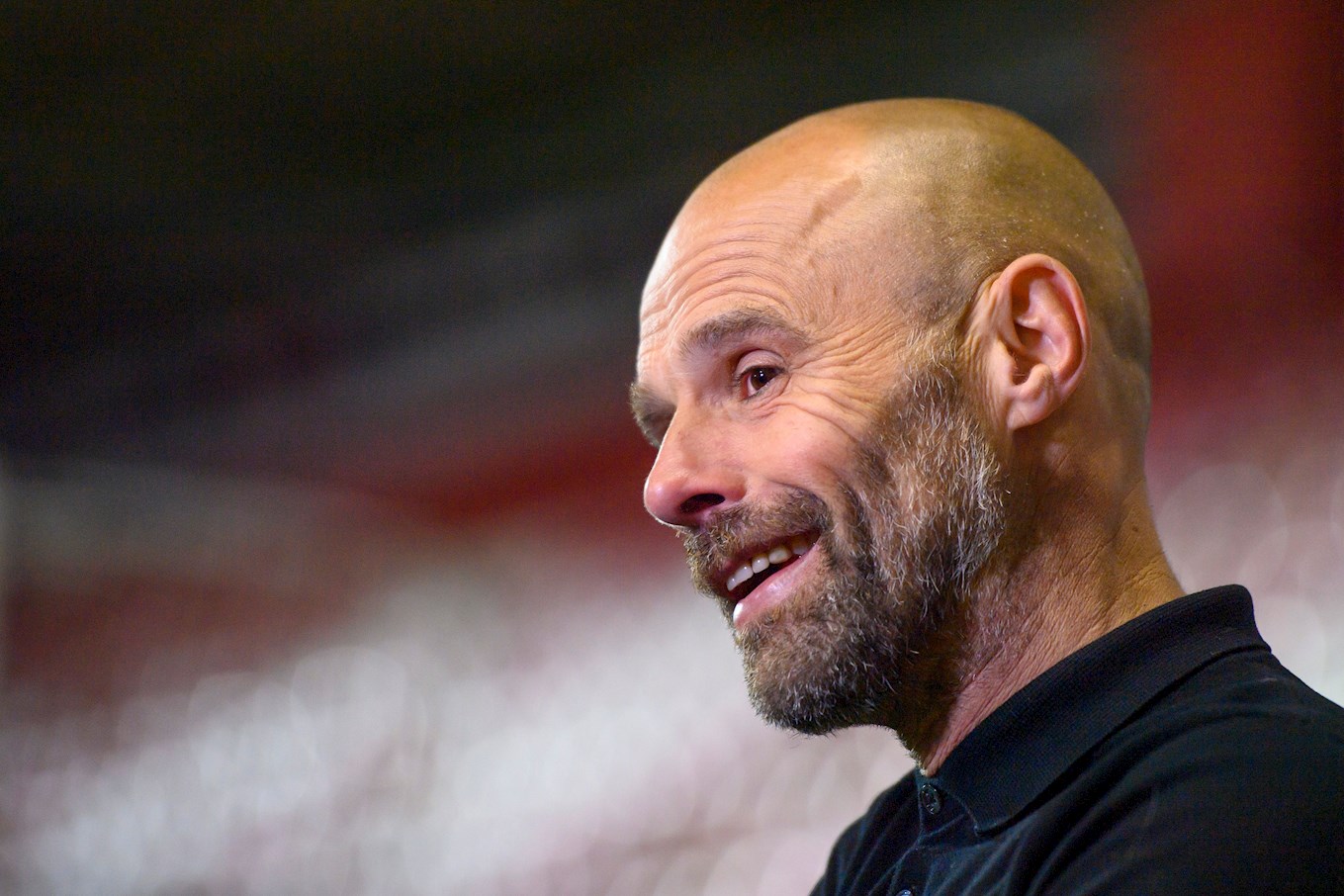 At the bottom end of the division all season, Paul Warne's men have fought gamely as expected, but a lack of firepower has been their downfall, and they come into Saturday's clash off the back of three consecutive defeats and in 22nd position, four points off safety.

They do have two games in-hand over the team just above them in the table, Derby County, but with just one victory in their last seven fixtures, it's now or never really for a club who've made a habit of moving between the second and third tiers over the last decade. 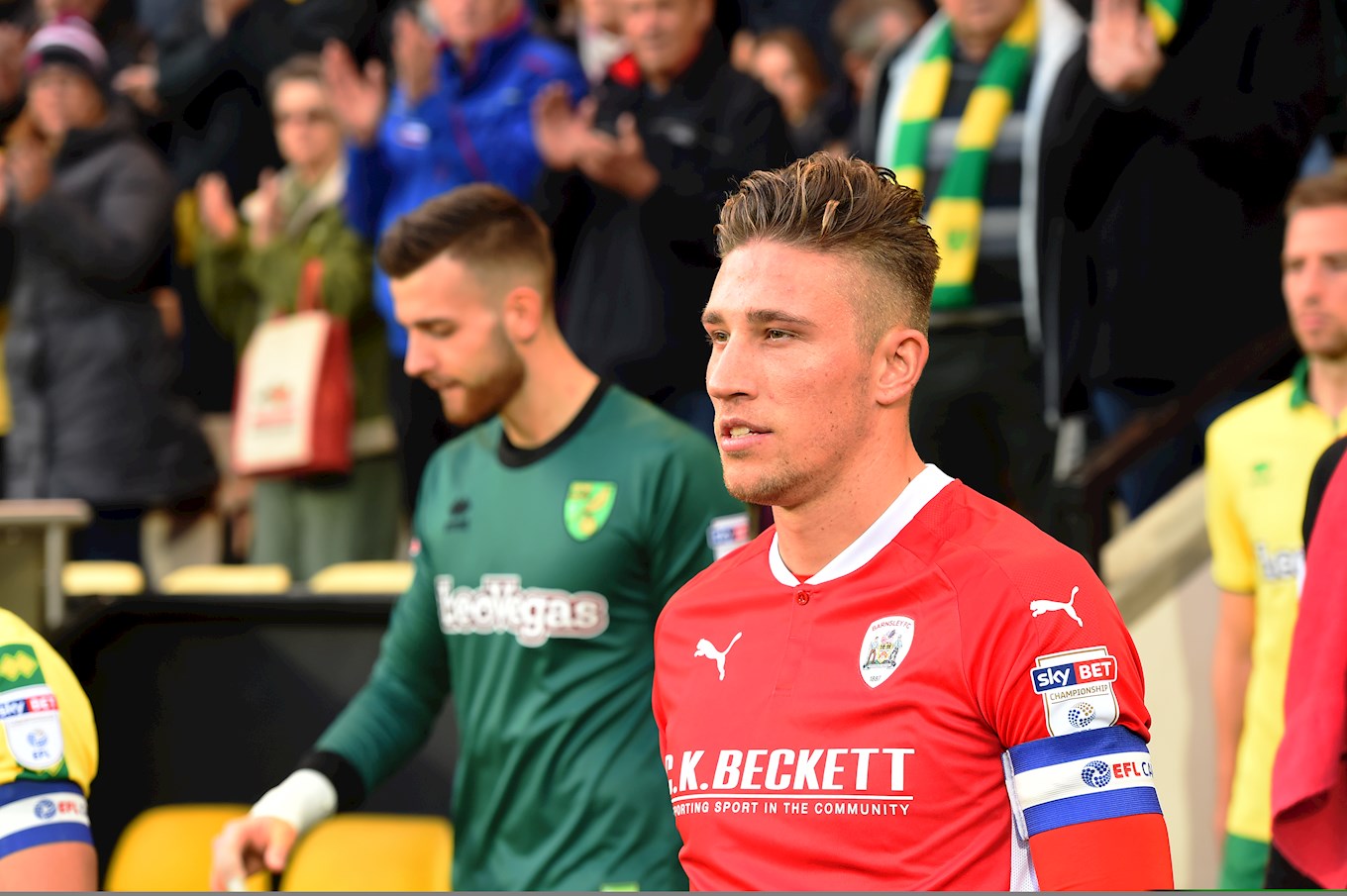 A goalscorer last time out and making a welcome return to Oakwell will be centre half Angus MacDonald. The ex-Red was very popular during his time here with the club and it's an absolute pleasure to see him fit and healthy, thriving in the Championship again this season. 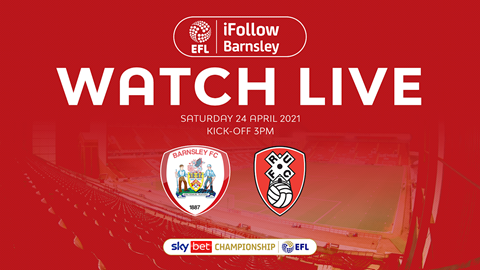 WATCH THE REDS AGAINST THE MILLERS

The Reds haven't lost in league football at Oakwell against the Millers since 1969. Let's hope that continues this weekend!

In the reverse fixture - our final game of 2020 - the Reds edged Rotherham 2-1 at the New York Stadium with Cauley Woodrow and Alex Mowatt on target.

Join Matt Bailey and co on iFollow Barnsley for live coverage of the South Yorkshire derby.

Our review of the South Yorkshire derby at the New York Stadium.