Our 20-year-old striker picks up the monthly honours for a second time, after an outstanding April for the Reds!

In association with our Charity Partner at Barnsley Hospice, we are pleased to announce that American forward Daryl Dike has been voted as your winner in April's search for Player of the Month!

Scoring four goals in April, including crucial strikes away at Luton and Huddersfield, the Oklahoma native continued his staggering impact since joining the club just nine weeks ago.

Receiving 54% of the overall votes, the US international was the obvious winner, with goalkeeper Brad Collins his nearest challenger (18%) and Michał Helik a little further back (15%).

It's a second successive Player of the Month award for Daryl, after last month's success where he won both this award and March's award for Goal of the Month too.

Ahead of training, we caught up with Dike who told us: "Honoured to be voted again as Player of the Month!

"Hoping to continue the momentum the team has had into the end of the season and then the playoffs. Thank you all for your support, and I hope to see everyone soon!"

DARYL DIKE IS PLAYER OF THE MONTH FOR MARCH


American forward takes the monthly honours after an exceptional March for the Reds! 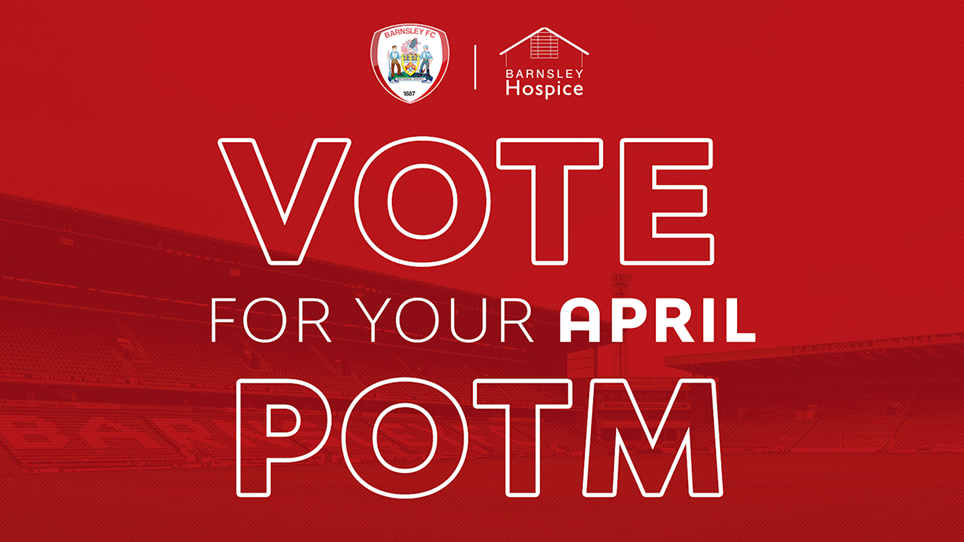 VOTE FOR APRIL'S PLAYER OF THE MONTH


In association with Barnsley Hospice, it's time to make your vote count as we look for April's winner of our Player of the Month award!