It has been an encouraging start to our U23s Professional Development League campaign, with three points on the board in two games courtesy of a South Yorkshire Derby victory over Sheffield Wednesday.

Barnsley also squared up against Nottingham Forest on the opening day, but were narrowly edged out by the defending champions, eventually succumbing to a 2-1 defeat.

With promising performances, the young Reds have more than shown their capabilities and Martin Devaney is thrilled with his side – despite having only a handful of players at his disposal.

“I’ve got a small squad, but I’m not one for moaning; you’ve got to find solutions,” said our U23s coach. “We have got the smallest squad I think we’ve ever had here. We’ve got to get on with it and try to help the players find that extra yard and that extra confidence to go and perform and we’re all in it together. Every game that we go into, we’re a team and we’re going to work hard for one another and play for the badge.”

Due to limited numbers in key areas, Devaney has been forced to put square pegs in round holes, with natural wide men deployed in a central attacking role.

It’s a ploy that has paid dividends, however, with Will Calligan – more commonly found at left full-back – and winger Dan Bramall on target for Barnsley after playing in the number nine position.

And with six players making the permanent step-up from U18s football this season, the average age of a traditionally young set-up is lower still, but they are all coming to terms with the physical challenges presented. 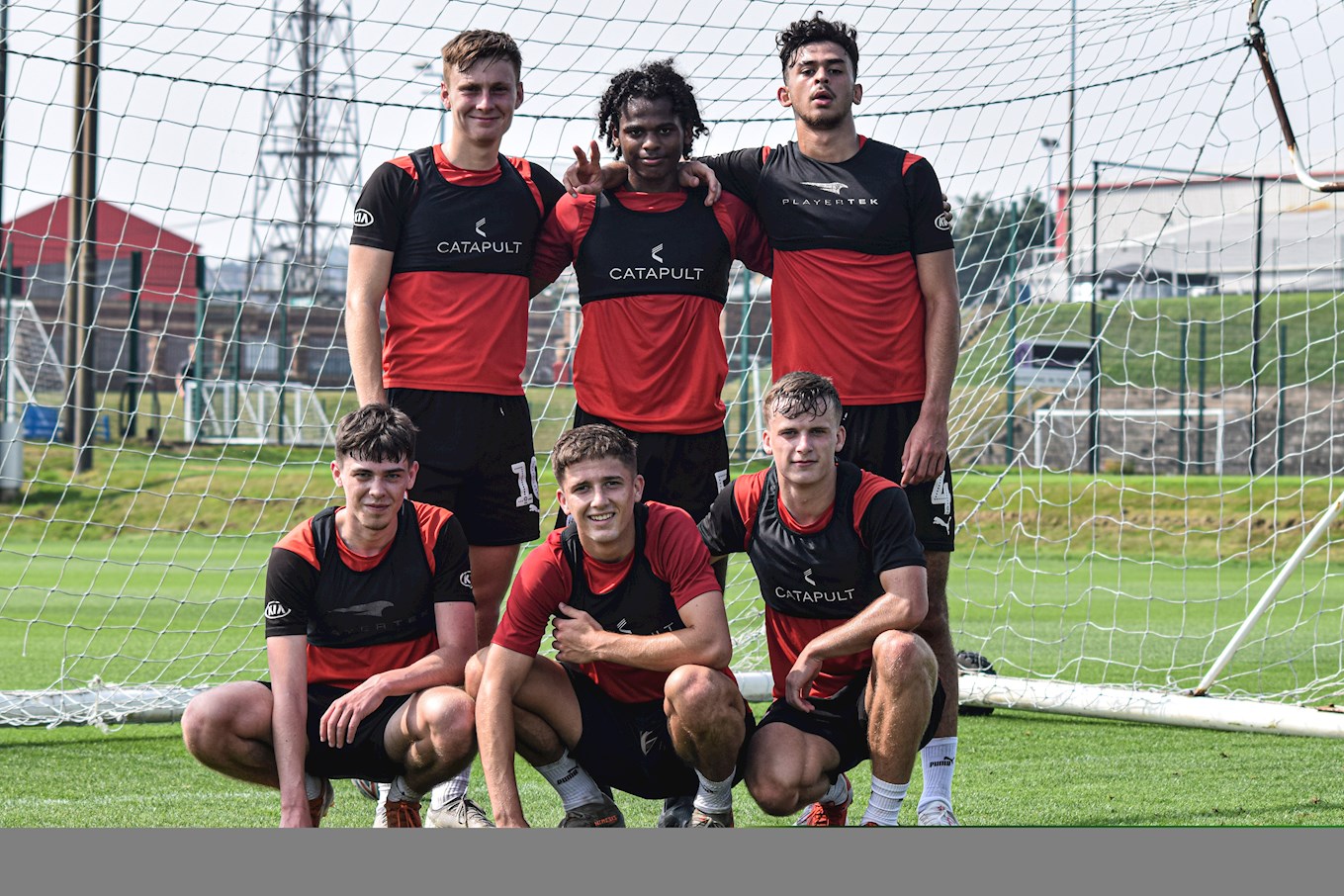 “They’ve done well,” continued Devaney. “We’ve had two good performances and we really deserved the win against Sheffield Wednesday after our performance against Forest. All of them have been great; Lanny [Will Lancaster], Calli [Will Calligan], Binnsy [Brad Binns], Jordan [Helliwell], Charlie [Winfield] and Rudi [Pache] have come in and we know they’re still learning and it’s a slow process, but we stick with them.”

There is plenty of character within this young Reds side, a trait that we often tend to see throughout all of the age groups at Oakwell.

It is a quality that is engrained into players when they walk through the door, a refusal to give in even when the odds appear to be against them, and it showed in the victory over Wednesday when they were under the cosh for large spells.

“I think their commitment and desire – everything we ask from a Barnsley team – they showed it with real quality,” eulogised Devaney. “We had a spell in the second half where we were under a lot of pressure, and that’s where you’re looking for individuals to perform and Corey [Addai] did that really well in the second half; two or three times he was called upon and he pulled off some great saves. We had a couple of chances as well and showed good resilience and showed the spirit that we’d spoken about in pre-season.

“In terms of the size of Forest and Sheffield Wednesday, every game is going to be tough and we’re up against it – we know that. But as a coach and players, we’re fully aware of it, but we’re up for that challenge and we have to make sure that those buzz words: character, mentality, spirit, togetherness and work rate, we have to be at that every week and not be carrying anyone. We’ve certainly done that in the last performances; Forest in the end just had that little bit too much quality for us, but the performance was excellent.”